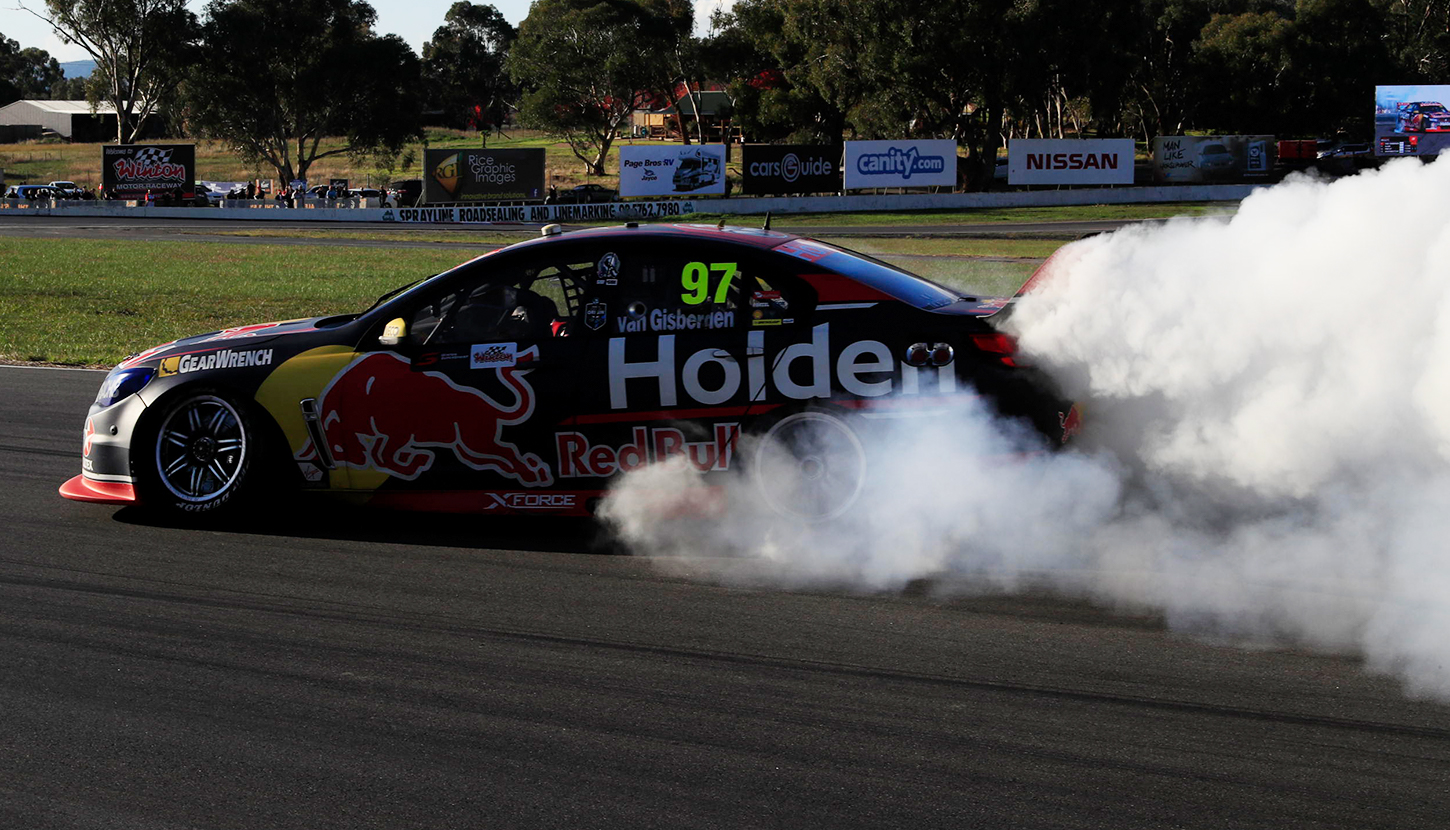 Van Gisbergen benefitted from a late mistake from Whincup to score his maiden win at Winton and record the first win for a Red Bull-backed Holden at the Victorian venue.

The form of the Shell V-Power Fords meant Red Bull had not won since Race 3 of the season at Symmons Plains.

“It’s been tough but we’re on our way back and feeling really good,” said Van Gisbergen post-race.

Whincup’s error, which came following a restart with just 13 of the 67 laps remaining, left the six-time champion marginally short of his first win for the season.

“I’m rapt for the team but I did everything I could to win that race and it didn’t happen,” he said.

"I think there was a bit of dirt down from some back markers, but I’m a bit pissed off with myself.”

Fabian Coulthard retained his championship lead with a solid run to third while team-mate Scott McLaughlin proved unable to repeat his Saturday heroics in fifth.

Whincup had showed the way off the start, leaping from the outside of the front-row to beat pole-sitter McLaughlin to the first corner.

McLaughlin was soon under fire from those behind, dropping behind Van Gisbergen, Cameron Waters and Coulthard on the second lap.

The Shell team responded by pulling McLaughlin in for the first of his two stops on lap three – a move Red Bull reacted to by pitting Whincup shortly afterwards to retain track position.

Van Gisbergen, Waters and Coulthard ran longer first stints, with the trio subsequently pitting and rejoining behind Whincup and McLaughlin.

Unable to stay with Whincup, McLaughlin made the unusual move of signalling Van Gisbergen through on lap 26, conceding second place.

McLaughlin pitted for the second time on lap 32 and again saw Whincup immediately cover, pitting one lap later and retaining a comfortable advantage.

Van Gisbergen was in the very next lap and rejoined marginally ahead of Whincup, but with cold tyres, was unable to defend from his team-mate on the run to turn three.

With 21 laps to go a struggling McLaughlin conceded third to team-mate Coulthard, who was the last to pit during both cycles and therefore had fresher tyres in the closing stages.

The run to the flag was interrupted by a late Safety Car, called to recover Michael Caruso’s Nissan after a clash with wildcard runner Shae Davies at the final corner.

Restarting with 13 laps to go, Whincup was immediately under pressure, running wide at Turn 12 to hand Van Gisbergen the lead.

Coulthard also briefly snuck through but was again demoted to third when an attempt at the lead three corners later allowed Whincup back through.

Waters took McLaughlin for fourth after the restart, while Winterbottom was baulked by a lapped Alex Rullo and dropped from sixth to 11th.

Those to benefit were Garth Tander, David Reynolds, Chaz Mostert, Will Davison and Lee Holdsworth, who filled sixth through 10th.

Winterbottom fell a further two places in the run to the flag, with Brad Jones Racing team-mates Tim Slade and Nick Percat pouncing to leave the 2015 champion 13th.

Craig Lowndes made ground from his 26th place grid slot to finish on the tail of 14th placed Rick Kelly, who was the lead Nissan on a tough day for the Altimas.