After spectating while Jamie Whincup took the controls at yesterday’s shakedown, Shane van Gisbergen is itching to get behind the wheel of Triple Eight’s 2018 Commodore.

Van Gisbergen will get his first run in the car next Thursday when the squad takes to Queensland Raceway for its first Accredited Manufacturer Test day at Ipswich.

The team is set to tackle its ACM test after two days of preliminary straightline aerodynamic running at an undisclosed remote Queensland location this Sunday and Monday.

While yesterday’s 60km shakedown at Norwell was essentially a systems check, the car's striking aerodynamic package is the biggest talking point from its public debut. 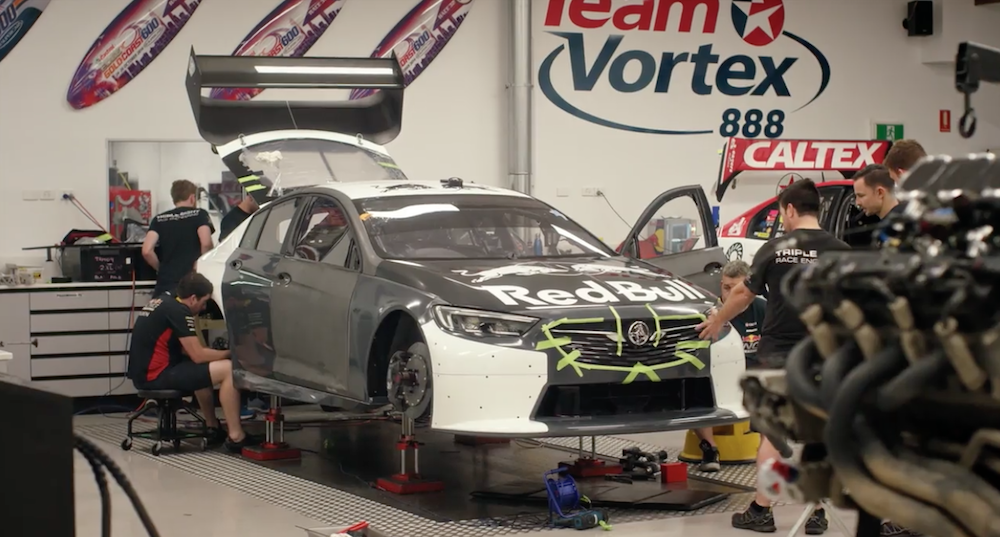 The ZB under development at Triple Eight

The five-door hatchback shape of the German-sourced Commodore left a small rear overhang for Höfflin and his Triple Eight colleagues to work with.

That means the race car’s striking rear wing, which continues the recent Supercars trend of larger and larger endplates, protrudes far beyond the trailing edge of the boot. 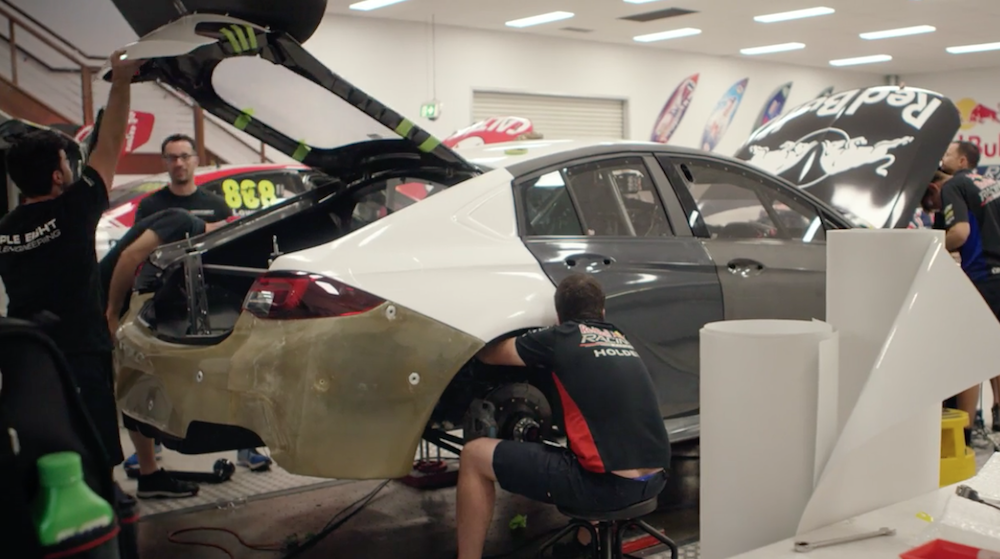 “The car looks fantastic in its livery and the new aero kit is pretty special. I’m looking forward to feeling how it goes.

“It’s a smaller car, but it still manages to look tough and aggressive.

“I think the big wing hanging off the back to make it get to the length makes it look super-tough. Big endplates, it looks pretty cool.

“It’s great to have the day [shakedown] trouble-free. All the guys have worked so hard, [put in] big hours and the car has run faultlessly.

“Now we’ll start doing the aero testing, get a balance and see what we need and try a few things as well. But as a base it’s a great way to start.” 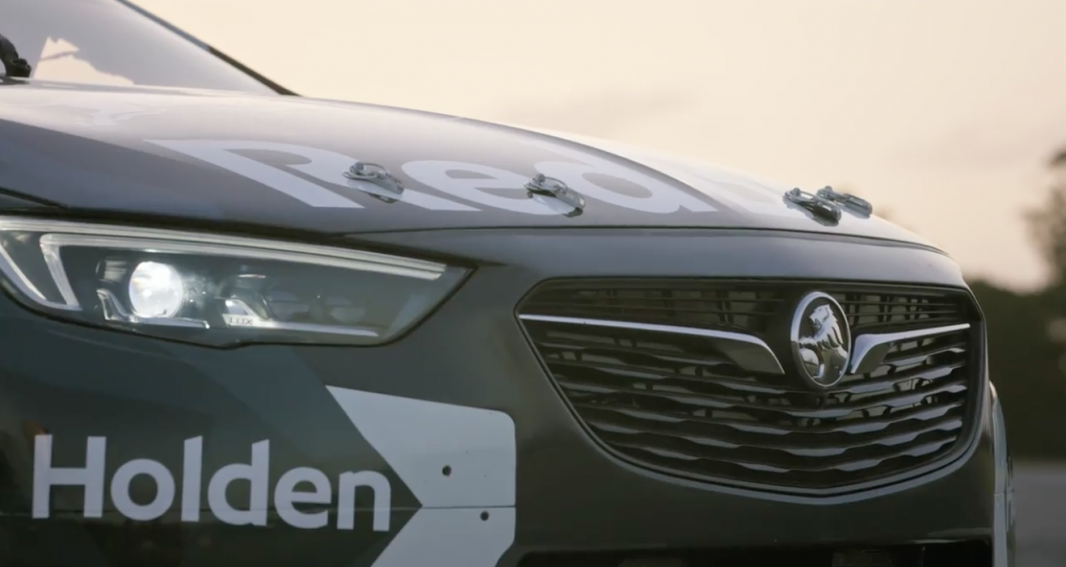 The distinctive face of the new Commodore

Triple Eight will fine-tune its aero package through the upcoming straightline testing, with its downforce and drag figures needing to match the existing cars.

Each Supercar must meet an overall downforce requirement, but homologation teams can choose how they balance their cars front-to-rear.

Triple Eight, whose technical department was then under the direction of Lacroix, elected to re-homologate its current VF for 2015, shifting its aero balance rearward.

The ZB will be the only new model Supercar on the grid in 2018, with the Ford teams to continue with their FG X Falcons and Nissan to run its Altima for a sixth season.