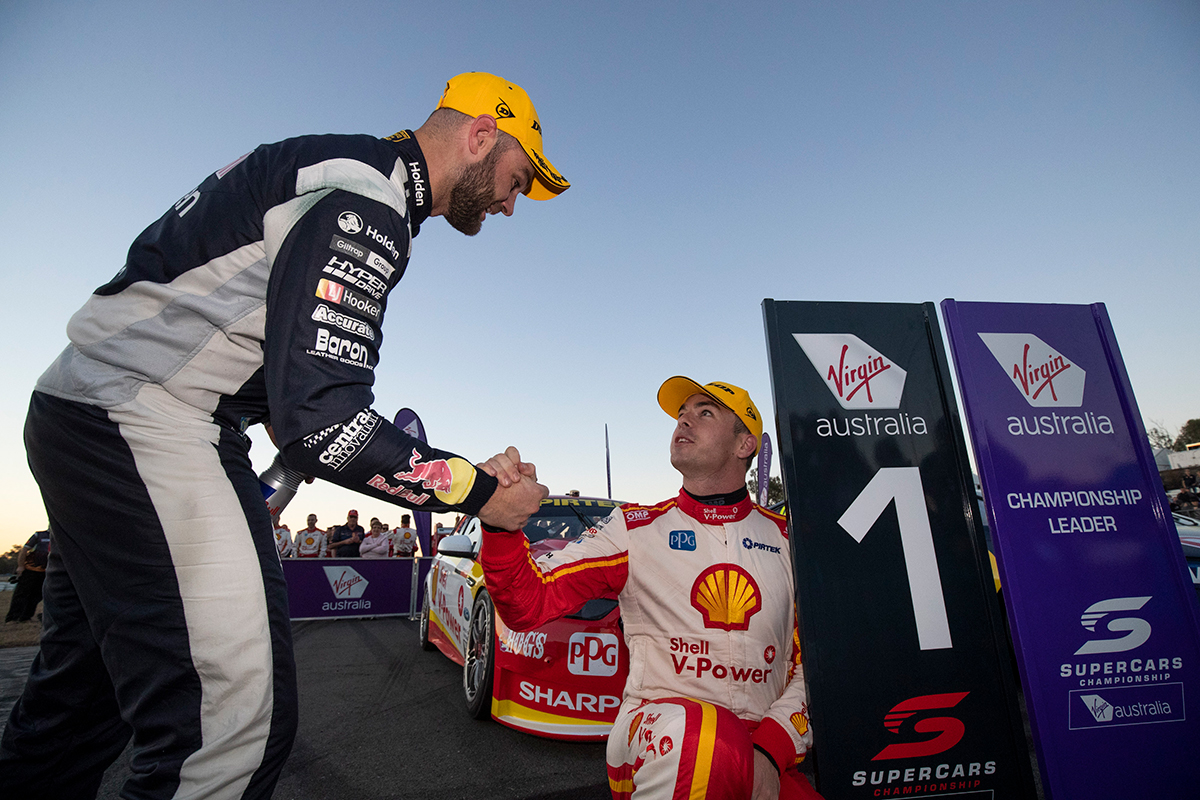 Shane van Gisbergen has stressed his respect for Scott McLaughlin ahead of their title showdown in Newcastle, declaring recent hysteria at Pukekohe has created “a fake rivalry”.

McLaughlin leads van Gisbergen by 14 points heading to Newcastle, after the drivers traded a win and a second apiece last time out on home soil.

Pukekohe was littered with controversy, including DJR Team Penske unsuccessfully protesting a decision not to penalise van Gisbergen for a pitlane issue on Saturday.

In the same race, van Gisbergen received a five-second time penalty for a bump-and-run on his rival, which the Holden driver disagreed with.

However, it was a post-race ‘park-in’ incident in the parc ferme area on Saturday that had fans – and television commentators – most up in arms.

Van Gisbergen at the time dismissed parking too close to McLaughlin’s car as a mistake and, ahead of Newcastle, declared the portrayed rivalry with his fellow Kiwi as fake.

While there was tension on Saturday at Pukekohe, the two drivers sat in the Sunday press conference talking and laughing while waiting for third-placed Jamie Whincup to arrive.

“That’s probably one of my negatives, I don’t influence the media enough and they make up their own stories; I probably didn’t say enough about it,” he told Supercars.com.

“It’s shit, but it makes the story so much bigger for Newcastle. Everyone has made a fake rivalry.

“I think it’s easy to forget how much Scotty and I respect each other and how much we enjoy racing each other.

“It’s been awesome to see him grow the last few years. I think Newcastle is going to be epic, no matter which way it goes. It’s been a really good season racing against him.” 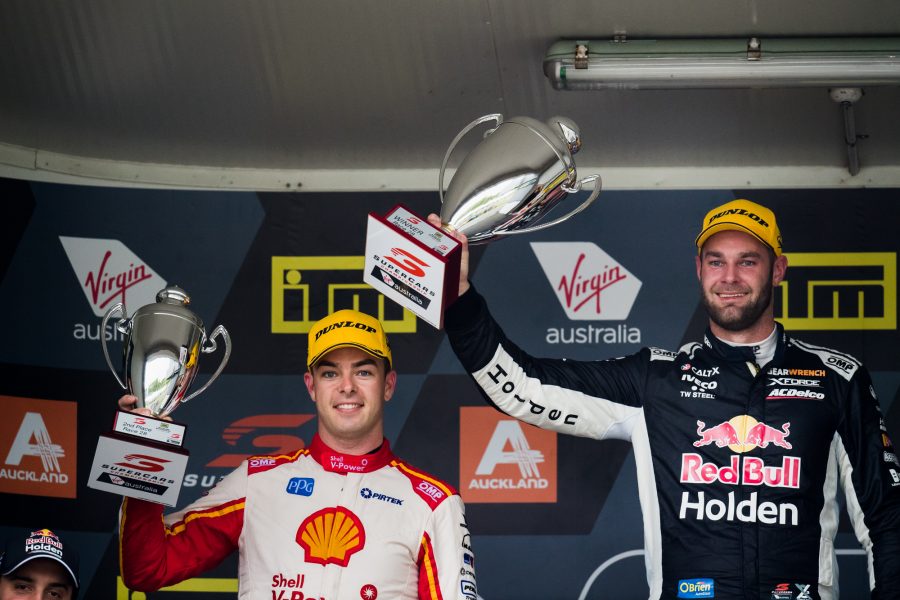 Van Gisbergen and team-mate Whincup were booed after the Sunday race at Pukekohe, while the 2016 champion also received stinging reaction via social media.

Asked if he’s bothered by the online comments and how he's perceived by the fans, van Gisbergen said: “No, because everyone in person is so nice.

“You get to the track and everyone is awesome and happy to be there and the rivalry between the two teams is healthy.

“Everyone there is cool and I think the social media stuff, everyone seems to have a voice and you get people who write all that shit and the next day they’ll be in the autograph line.

“It’s a hard call, everyone hates team orders, but that’s part of our sport.”

Supercars clarified last week that team orders are legal if they are given within a single team, with the rule changed for 2018 to prevent only those being applied by a third-party.

2018 Coates Hire Newcastle 500  ›
Stay In The Know
Sign up to the Virgin Australia Supercars Championship Newsletter
This website uses cookies to improve your user experience. By continuing, you will be providing your consent to our use of cookies.Ok