Van Gisbergen ‘had no confidence and no grip’ 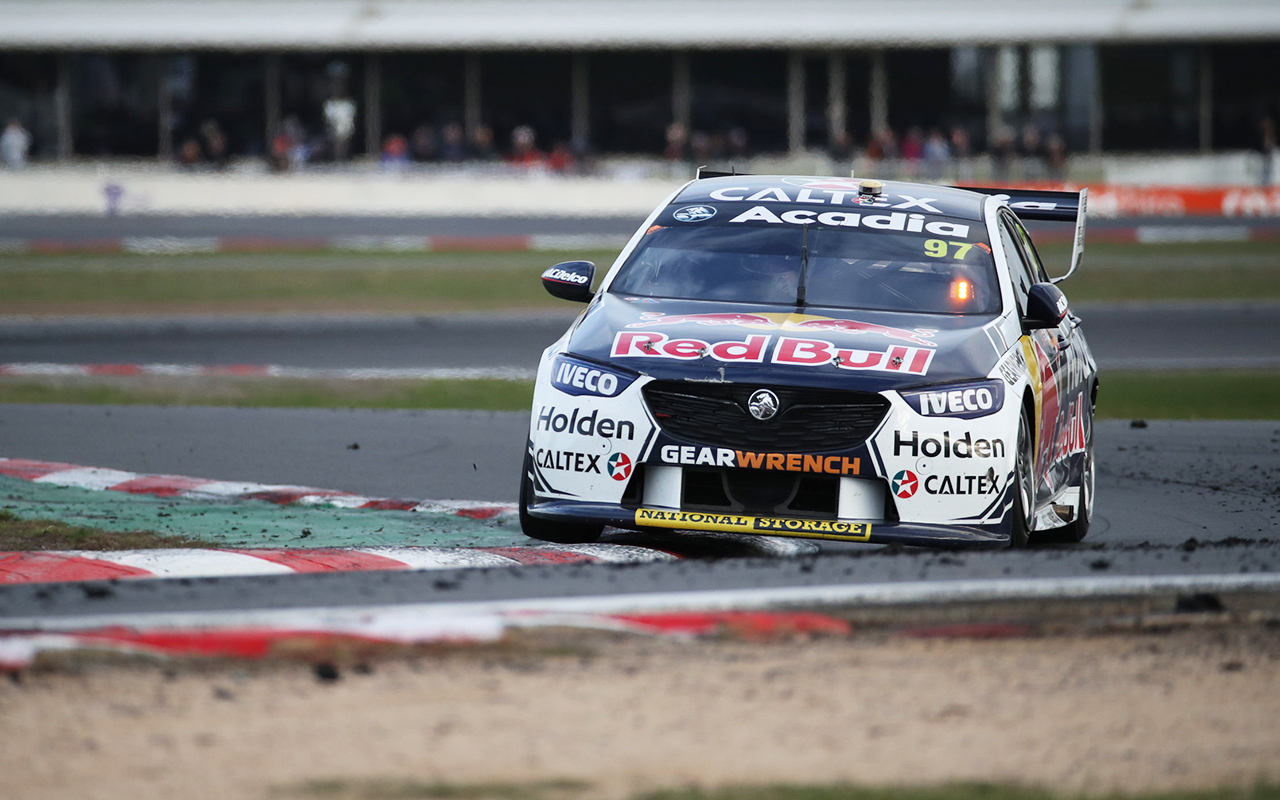 Shane van Gisbergen says his Red Bull Holden Racing Team Commodore gave him "no confidence and no grip" in dry conditions at Winton.

Van Gisbergen qualified 12th and 13th each day at the Victorian circuit, progressing to fifth on Saturday and seventh on Sunday.

The latter result was aided by Will Davison's DNF ahead and Nick Percat's subsequent decision to pit during the ensuing Safety Car period.

Before that, van Gisbergen was running ninth, roughly 40 seconds behind race leader Scott McLaughlin and 20s behind team-mate Jamie Whincup in third.

"The race was about finding a balance and being more confident [on Sunday] than [on Saturday] in changeable conditions," he said.

"In those conditions you needed to be committed and I obviously wasn’t as I just kept going off the track.

"The race itself was fine driving through to fifth but maybe could have fought better if we started better.

"[Sunday] though, was much of the same again. I had no confidence and no grip from the car which just bites you in the end.

"I enjoyed the racing but unfortunately, I was too far back."

The late restart gave van Gisbergen a chance to try to wrest sixth from Cameron Waters, but he ultimately had to settle for seventh.

"I saw Cam at the end, shook hands with him as it was a good race," he added.

"A few little bumps in the end and almost got past him but gave the spot back.

"It was a fun race but I just wasn't far enough in the front of the pack.

"We need to keep doing our best so we can be the best Holden team out on track.

"Keep finishing top five and earning points so we have a chance at the end of the season."

Van Gisbergen remains third in the championship but is now 415 points behind leader McLaughlin.

He heads a group of four drivers – David Reynolds, Whincup and Chaz Mostert the others - separated by just 71. 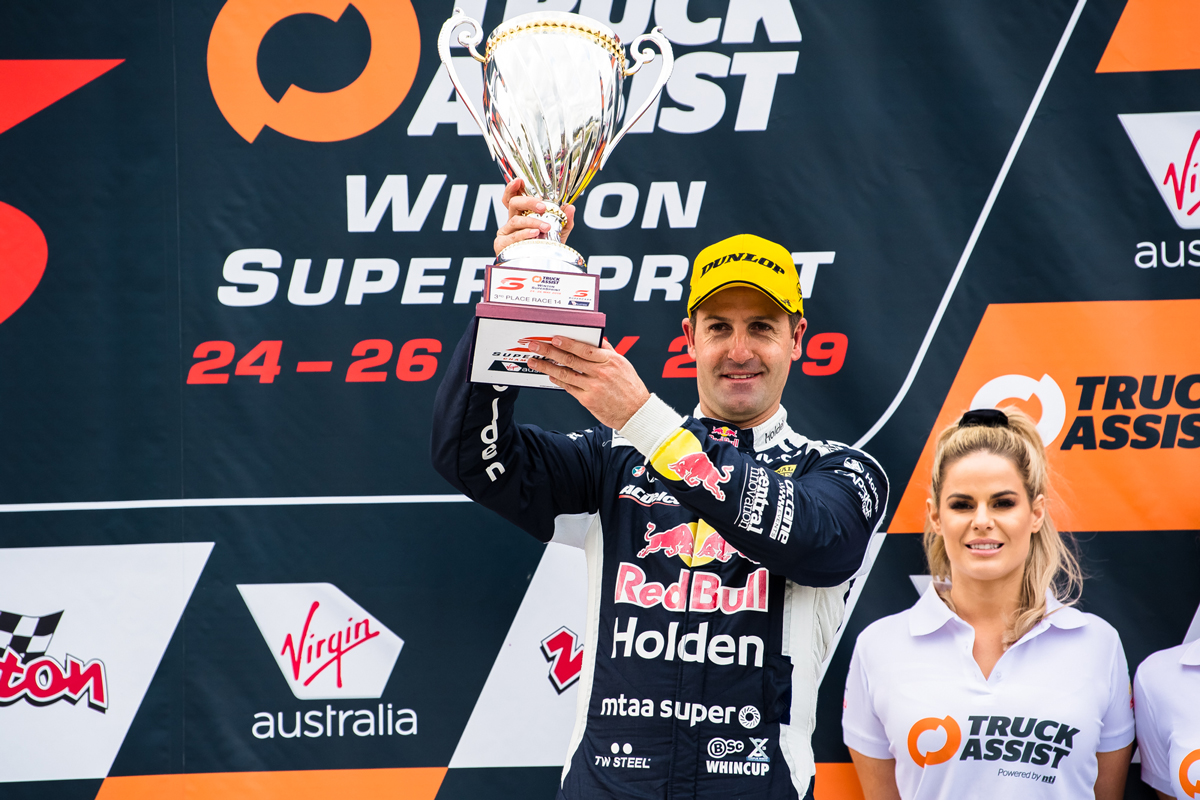 Whincup paired sixth on Saturday with third on Sunday, getting ahead of Reynolds courtesy of an undercut at their final pitstops.

"I thought we really maximised," Whincup said of his Sunday.

"We were aiming for a podium as that was going to be our best results and I am happy to see that we got there in the end.

"I had an awesome battle with Dave Reynolds through the pitstop strategies that were used.

"Initially, we thought we blew it in the first pitstop we did as it seemed we may have probably pitted a bit early.

"We definitely were lucky to then get a second chance on the second stop which got us back in the lead.

"A good job by [David] Cauchi and the engineers to find the pace that we needed.

"We will take P3 in Winton and forever keep trying to bridge the gap to the two cars ahead."