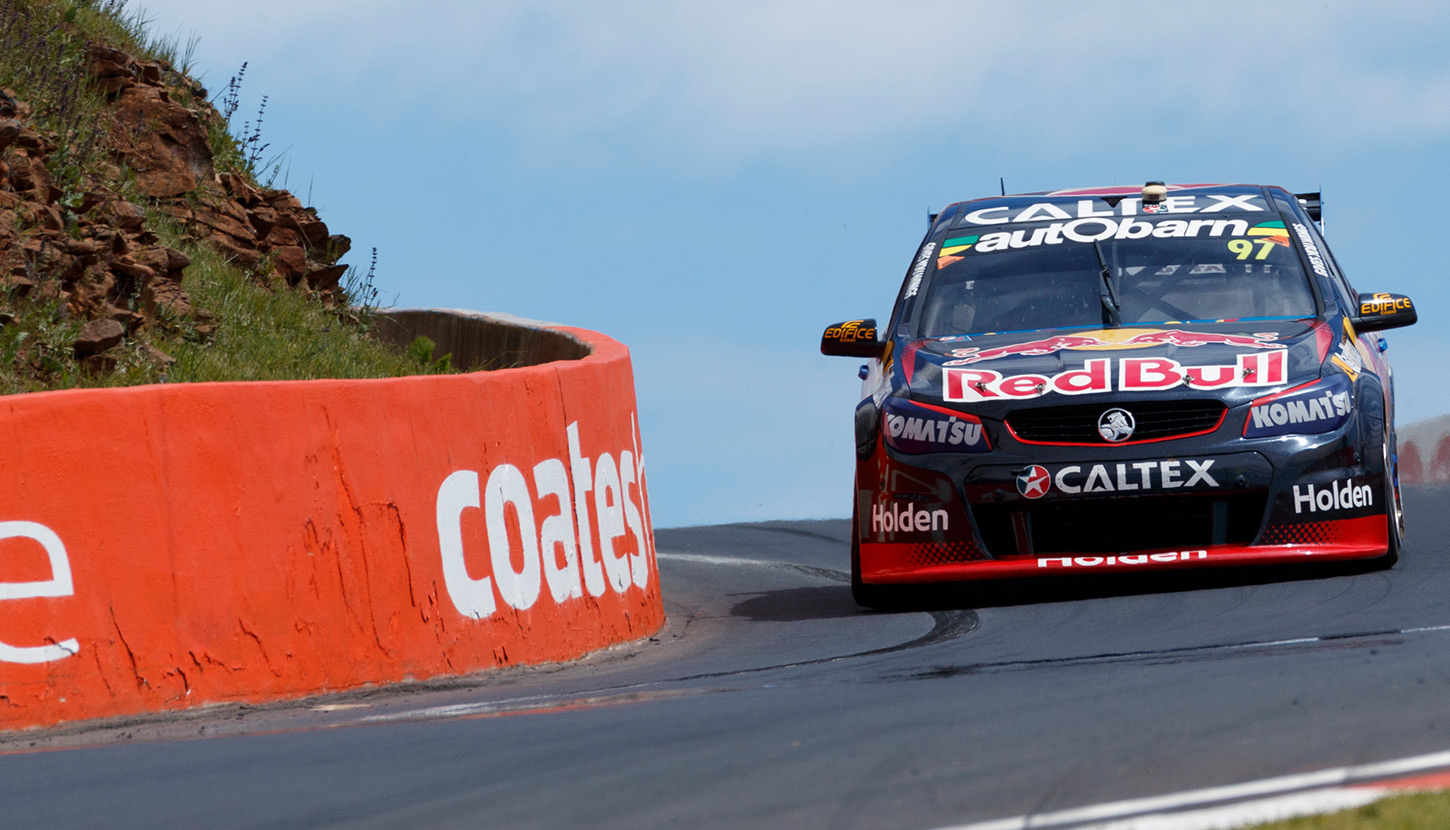 Virgin Australia Supercars Championship leader Shane van Gisbergen says he’s not thinking about titles just yet but is simply focused on one thing ahead of next week’s Castrol Gold Coast 600 – securing as many points as he can.

“I have always said I wouldn’t think about the championship until after Gold Coast, so I will be pushing as hard as I can like I was [at Bathurst] at the Gold Coast and then we will think about it,” he said.

“There is no point conserving; just try and accumulate as many points as possible.”

And he says he will be pushing just as hard for wins at the next event on the Gold Coast.

The New Zealander gave it everything he had at Bathurst but fell just 0.14 sec short, finishing second behind Will Davison, the driver who this year replaced him at Tekno Autosports behind the steering wheel of the Darrell Lea Stix Holden Commodore VF.

“I’d be killing myself for two weeks if I settled for second,” van Gisbergen said. “If you watched the last 10 laps I was giving it everything we had.”

The Red Bull Holden Commodore VF driver is just as clear he won’t be contemplating the title race heading into the third and final round of the Pirtek Enduro Cup, the Castrol Gold Coast 600, on October 21-23.

Van Gisbergen has achieved two second places with co-driver Alex Premat in the two opening rounds of the Pirtek Enduro Cup at Sandown and Bathurst and has now opened up a 139-point lead in the drivers’ title over teammate Jamie Whincup.

“Despite missing the win, van Gisbergen was pleased with #97’s Bathurst performance, acknowledging challenges that included managing fuel economy targets and double stacking at pit stops behind the Whincup/Paul Dumbrell Commodore, which led most laps in the race.

But after a series of safety cars in the second half of the race, Whincup and Dumbrell’s advantage was erased and following Whincup’s time penalty for the controversial crash involving Scott McLaughlin and Garth Tander, van Gisbergen found himself battling Davison for the win.

“I didn’t do a lap flat out until the last safety car. We were just saving fuel all day. We double-stacked three times or something.

“So pretty tough from our end but we just kept being put behind.

“Both Alex and I were quite fast and our car started the race pretty average. But that is what we have been working towards all week, just setting it up for the afternoon of the race.

“So a pretty quiet build-up for us, but we were quietly confident.

“It would have been good to fight it out flat-out but it is what it is. It was a pretty cool last 10 laps and we definitely gave it a shot trying to win that race.”

Van Gisbergen admitted he was pleased his former team got up for the win. He and team owner/co-driver Jonathon Webb missed the win in 2014 with a late mechanical drama.

“It is one of the few cars that you’d be happy for them to be here,” said van Gisbergen.

“Seeing Geoff up on the podium and Jono and the rest of the boys down below, I am pretty stoked for them because we went through a pretty tough time here a couple of years ago.

“They are all pretty much the same guys I worked with the last couple of years. So happy for them but definitely wanted to beat them as well.”

Asked if he would have been happy to see van Gisbergen win, Webb said: “Look he’s a nice guy and we had a couple of good years but I wouldn’t go that far.”