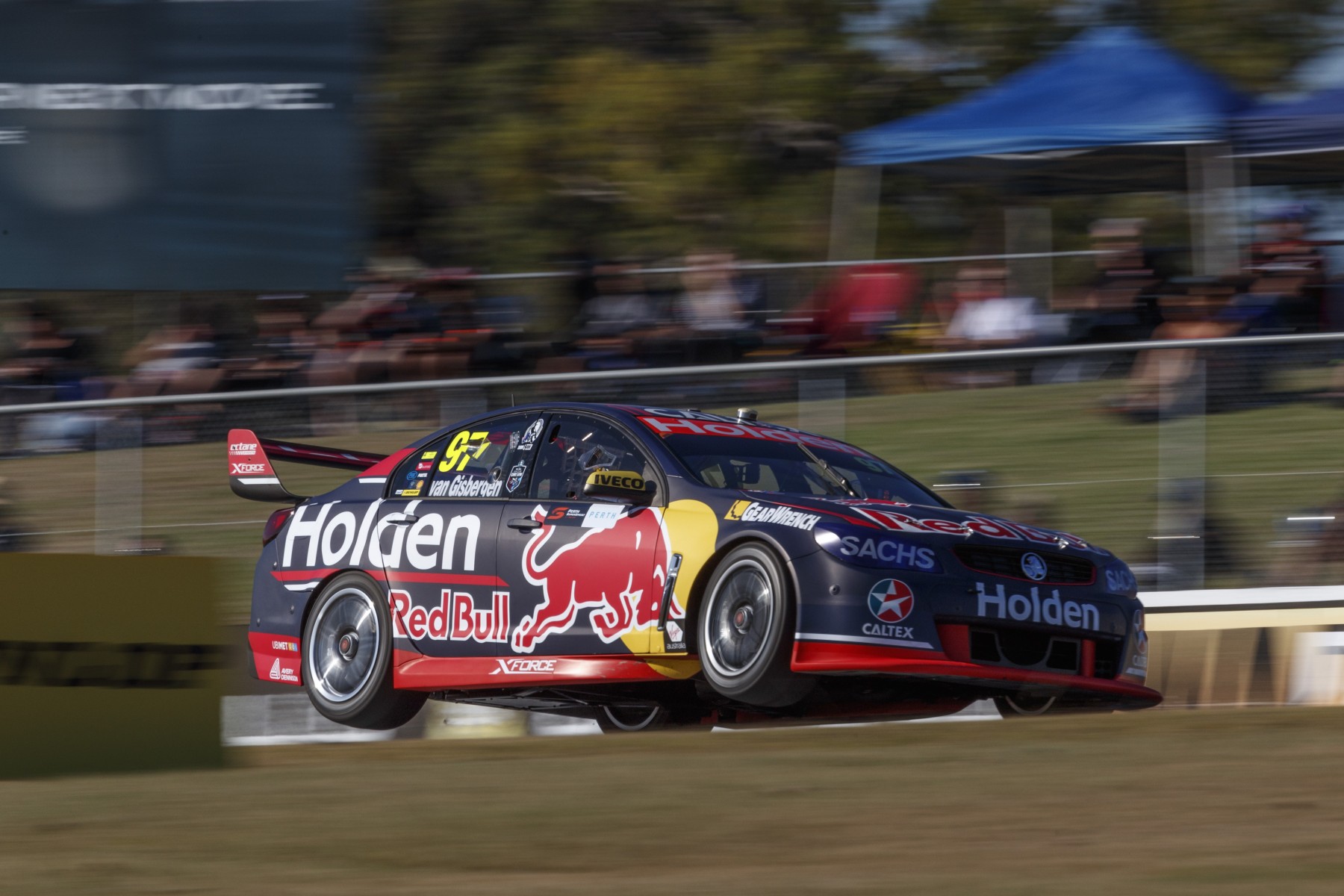 Despite sitting second in the standings with three wins from six starts, Shane van Gisbergen feels frustrated by missed opportunities during the early stages of his Supercars title defence.

The Red Bull Holden Racing Team star began his year in ominous fashion, dominating both races at the Clipsal 500 from pole position.

He also took the chequered flag first in the next race at Symmons Plains, for which points were eventually withheld following a lengthy red flag.

The subsequent races have seen a penalty for early contact, a penalty for a pitlane infringement and a tyre blowout temper the Kiwi’s charge.

The dramas have seen van Gisbergen lose the points lead to Fabian Coulthard, displacing the Holden driver from the top spot for the first time in more than eight months.

“I am pretty frustrated with my year so far,” van Gisbergen reflected after topping Friday practice at Barbagallo.

“Apart from Adelaide, the other rounds have been really crazy.

“We had stupid penalties at Phillip Island, the crazy race at Tassie and stuff like that... I am pretty frustrated.

“I feel disappointed but we are second and we are close to the lead so it is not all bad.

“It shows we have pretty high standards from last year, we just have to put it together and be consistent again.

“That was our strength of our championship last year, we had a really good relationship with our team, which we still do, we just have to put it all together again.”

Barbagallo remains one of the few circuits at which van Gisbergen is yet to win – a tag the 27-year-old is eager to shed this weekend.

Van Gisbergen edged Coulthard to the top spot with a brilliant final lap in Friday practice that turned around what had looked to be a challenging day.

“You are trying to feel (set-up) changes when there is zero grip, and then you bolt a set of tyres on and find three seconds and then you have to judge where the grip is.

“It is pretty tough as a driver but it’s probably even tougher for the engineers as there is not much feedback we are giving them because simply, I just couldn’t feel anything.

“The car felt amazing at the end, hopefully it stays the same for the rest of the weekend.”

The Supercars will return to the track for a final 45 minute practice session this morning ahead of qualifying and the opening 120km race.