The pair traded the points lead yesterday, van Gisbergen going from 19 points ahead fo 14 behind on a complicated day for the Red Bull Holden Racing Team.

They will therefore be the last two drivers to run in the weekend's second ARMOR ALL Top 10 Shootout.

Tim Slade was fastest after four minutes, when running was red-flagged for Jack Le Brocq's stricken Tekno Commodore at Turn 11.

That interrupted a series of flying laps, including for new championship leader McLaughlin while closing on van Gisbergen on the road.

That stood into the final minutes, as van Gisbergen opted against making another run.

McLaughlin moved into second with two minutes left and cut the gap at the top to 0.1327s, but nobody could catch van Gisbergen.

“The track was getting better and better, so we probably could have improved a little bit in the last one, but now I’ve just got to not stuff up the Shootout,” said van Gisbergen.

“It’s good, but we saved a set of tyres we probably won’t need because it’s going to rain.”

Shell V-Power Racing driver McLaughlin on Saturday secured back-to-back ARMOR ALL Pole Champion Awards, for recording the most poles in a season.

“I think I dropped half the power steering in that one, so I couldn’t really maximise the chicanes,” Whincup said.

“I was hanging on hard. Just the grip and the binding these cars get through the chicanes is huge.

“We got in the 10, but we’re not worried about set-up at the moment, we’re just trying to get the rack right, but if it doesn’t improve I think it’s a bit of a race-stopper.” 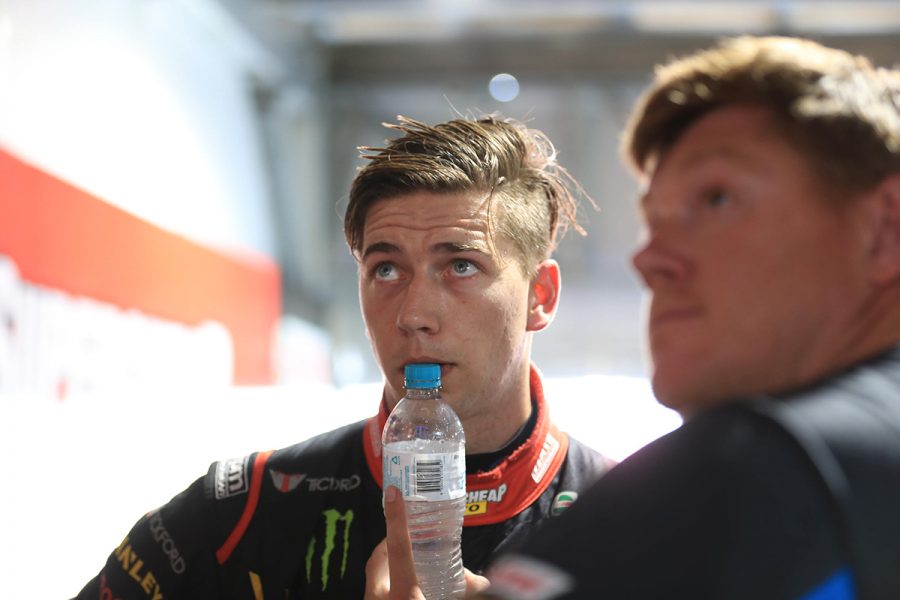 Mostert said: “I think our race car is better than our qualifying car, I’m still struggling with similar things in qualifying to what we did yesterday.

“But I think we made it better for our race car yesterday.

“I don’t know how we’ll go in the Top 10 Shootout, we spent some tyres, but we’ll see what we can do, stay out of trouble and let Moff wheel it to the front again, hopefully.”

The #12 Shell Ford of Fabian Coulthard dropped a cylinder, and spent the bulk of the session in pitlane.

Coulthard got back out with four minutes left, and did enough to move from 25th in the order to 11th, falling just 0.0031s short of a spot in the top 10. 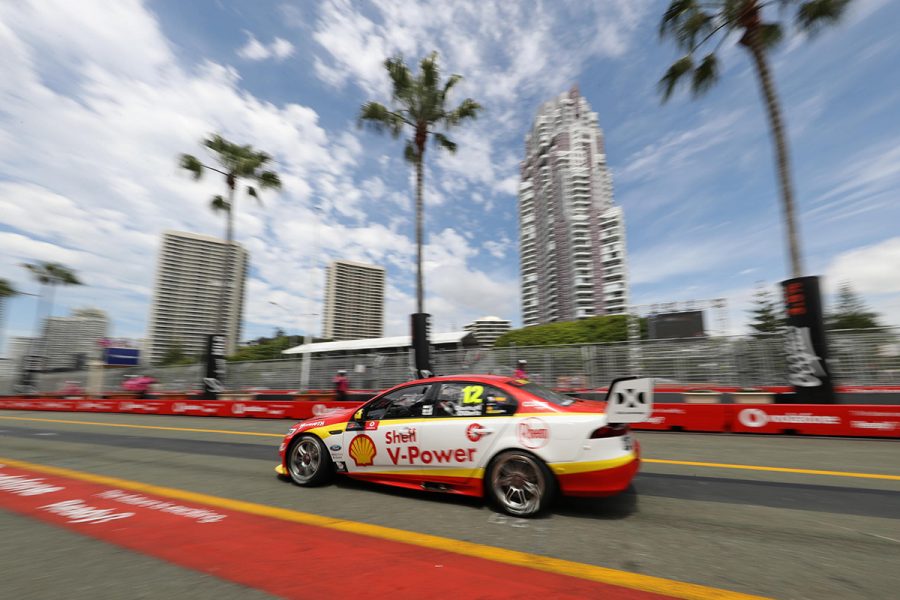 “It had a big misfire, the car was on seven-cylinders, there’s not a lot I could have done with that.

“Yesterday we had a good car and unfortunately weren’t able to do good things with it, which makes today a bit harder.

“But hopefully we can get some sort of result to repay the guys on my car.”

Michael Caruso was the best of the Nissans, taking 16th, amid a run of engine problems.

The repaired #99 Erebus Commodore was back in action after Will Brown's accident in Saturday afternoon's race, Anton De Pasquale qualifying 17th.

For triggering the red flag with his off, Le Brocq could take no further part in the session, finishing at the foot without a time to his name.