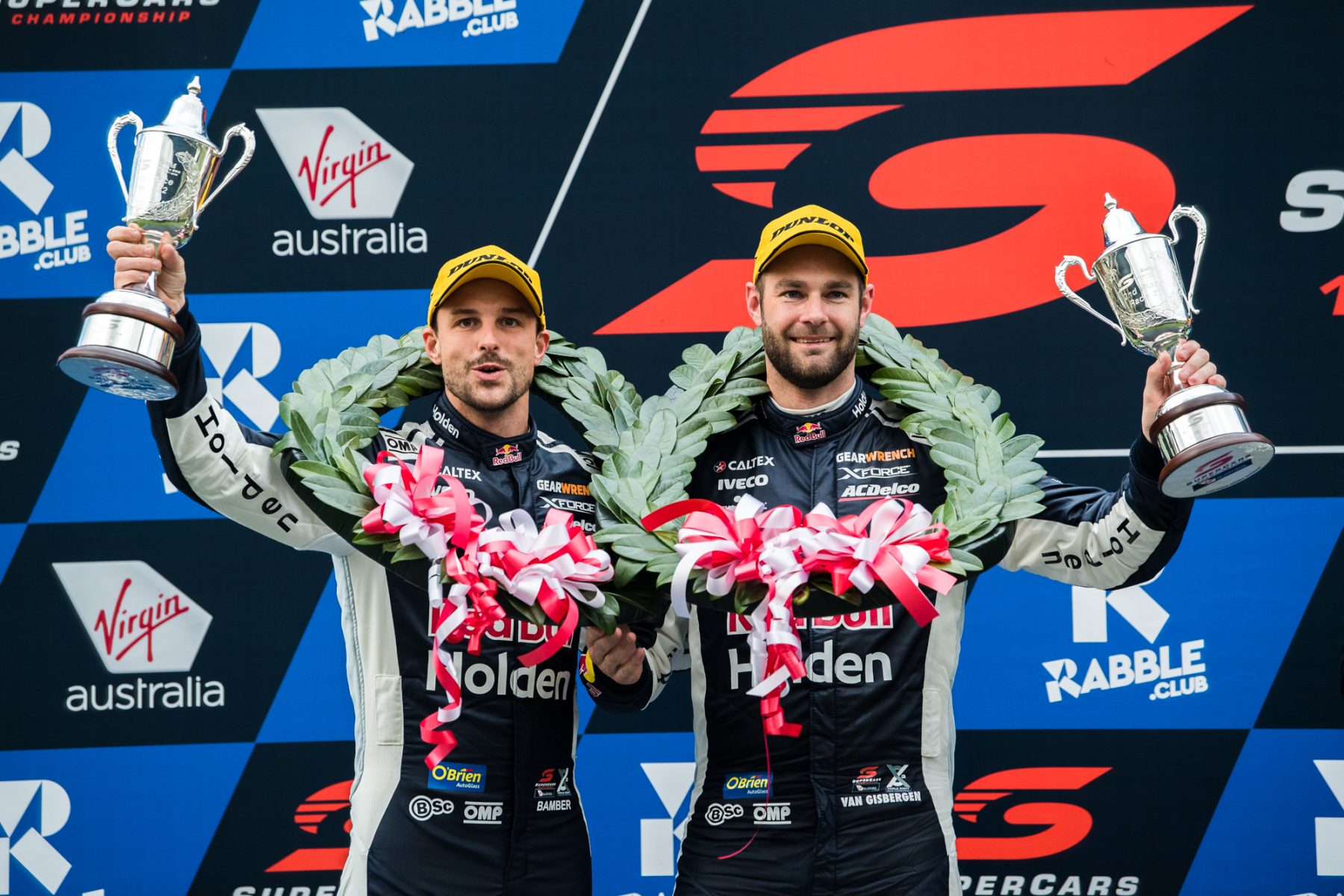 Shane van Gisbergen is expecting yet another co-driver change next year, despite Earl Bamber’s strong showing on debut in the 2018 PIRTEK Enduro Cup.

The pair finished third in the three-event standings, including a second at Sandown and fifth at Bathurst, keeping van Gisbergen well and truly in the title hunt.

Bamber’s cameo came between his global commitments with Porsche, which this year included a full-season campaign in the IMSA WeatherTech SportsCar Championship in the USA.

In 2019, one of that championship’s showpiece events – the Petit Le Mans finale – clashes with the Supercheap Auto Bathurst 1000 on October 12-13.

Van Gisbergen is already resigned to the fact that Bamber, with whom he’s been friends since their early days racing against each other in New Zealand, is unlikely to be available.

The situation adds to the intrigue over Triple Eight’s 2019 co-driver choices, with Craig Lowndes expected to join Jamie Whincup after stepping back from full-time driving.

Lowndes’ partner in the last five campaigns, Steven Richards, joked on Sunday he’ll “go down to Centrelink, look through the job file and see what Supercar co-driver roles are in there”. 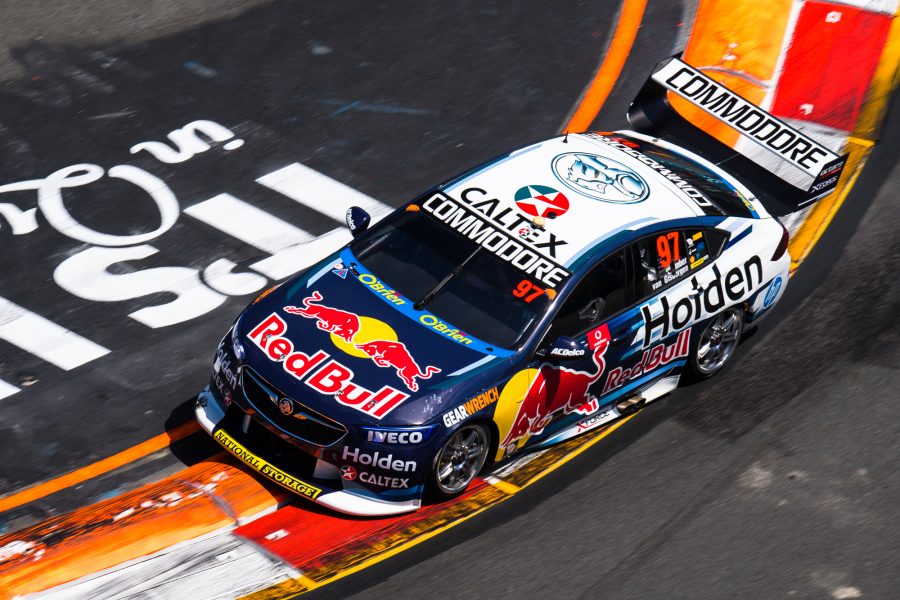 Speaking of Bamber, van Gisbergen said: “Unfortunately, the Supercars calendar the last two years, it conflicts with every single big race in the world – it sucks.

“It conflicts with Road Atlanta 10 Hour (Petit Le Mans) next year, so it’s going to be tough to get Earl back.

“Unfortunately that might mean four different co-drivers in four years, so I might have that job up on the board at Centrelink for Richo!

“He wouldn’t be a bad guy to put in, but I’d love to have Earl back and probably Matty Campbell will be at the top of that list; we’ll see what his calendar does.

“He did a ripper job for us last year. It’s been really tough trying to hang onto a co-driver, I get along well with them, but they seem to be leaving for different reasons.”

Although Bamber stressed he is yet to be told by Porsche what he is racing in 2019, his only other likely destination, the World Endurance Championship, also has a clash with Bathurst on its provisional 2019/20 calendar.

That could also rule out Matt Campbell, who raced with van Gisbergen in 2017, but was unavailable for this year after being placed in WEC by Porsche. 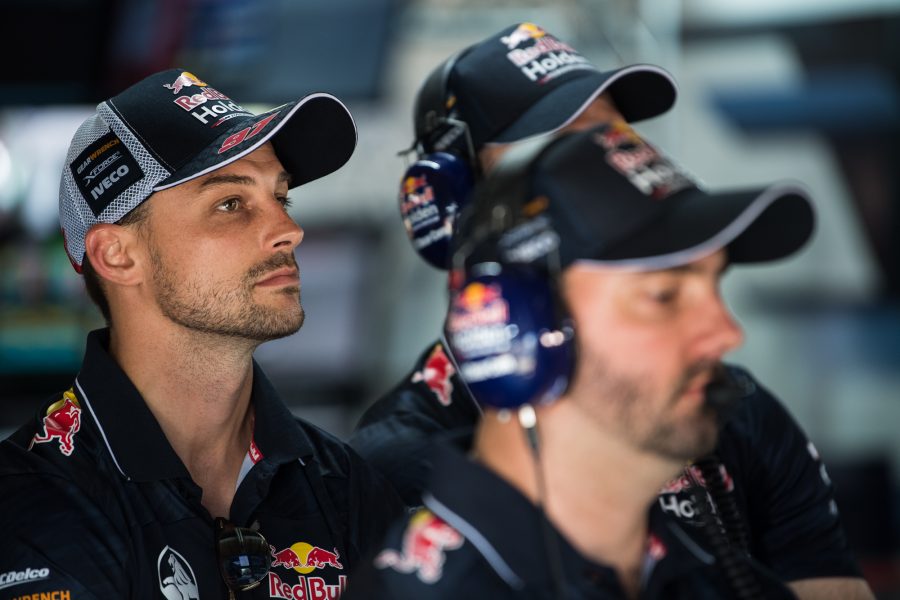 “I have no idea what I’m racing next year, we’re not told until roughly December, so I’ve got no idea whether I do WEC, IMSA, what I do,” said Bamber.

“I have to find that out in the coming weeks. [I'll] go back to Germany, having a few meetings next week, so might find out then.

“At the moment, for all the drivers at Porsche it’s all about race TBC (To Be Classified); so I’m not sure where I’ll go.”

While the plan to reunite Whincup and Lowndes 10 years on from their last enduro season together is yet to be confirmed, van Gisbergen said it’d “cool” to see.

“It would be perfect for the team and the nostalgia of it all for Craig and Jamie to be together; I don’t know what PD is going to do,” he said.

“It would be cool for the team, even to have Craig back again. He’s going out as a top driver. We’ll see what happens, we’ll see what Earl is racing next year.”