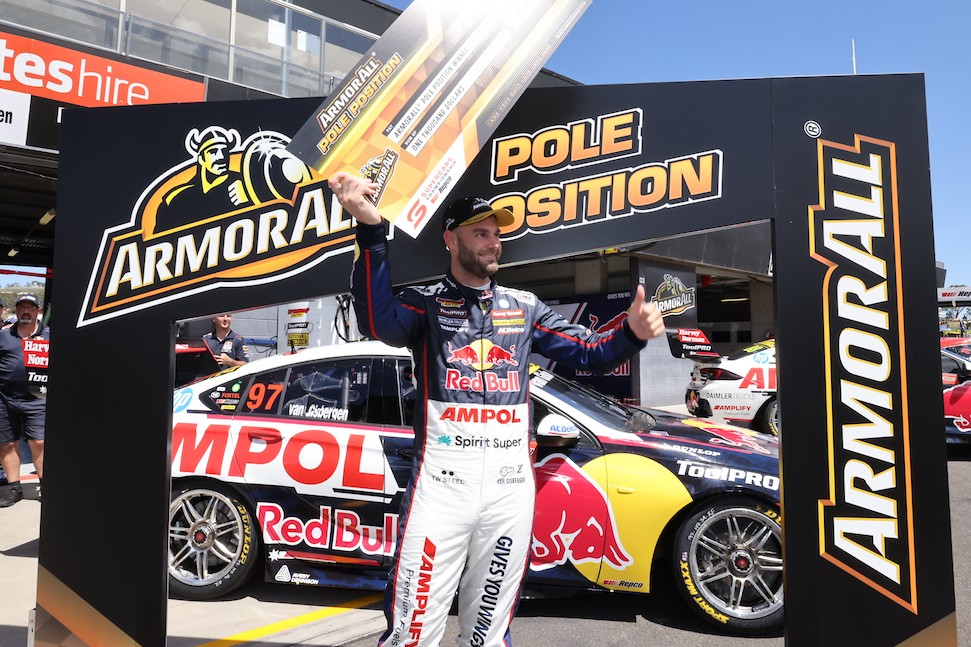 Last-man out Shane van Gisbergen is in the box seat for a Bathurst clean sweep after he claimed pole position for Race 2.

The top three were split by just 0.18s, with Dick Johnson Racing's Anton De Pasquale equalling his best qualifying result with his 2:05.8009s.

Chasing a first pole position since Sydney Olympic Park in 2014, De Pasquale's teammate Will Davison clocked a 2:06.3136s to put a three-tenth margin on Mark Winterbottom.

Winterbottom had proven quickest of the early runners, but as the shootout wore on, the pace increased despite the warm conditions.

Davison was immediately usurped by teammate De Pasquale, who fired in the first 2:05s of the shootout.

The half-second margin over the rest of the field seemed to suggest De Pasquale was in prime position for a maiden pole, but Saturday quick man Waters had none of it.

A quick middle sector was enough for Waters to pip the #100 Shell V-Power Mustang by just 0.0695, with the latter setting the quickest first and third sectors.

Just 0.08s down through the first sector, Chaz Mostert lost time across the top and rubbed the exit wall at Forrest's Elbow to slot into fourth, with his final sector six tenths down on De Pasquale's marker.

However, van Gisbergen saved the best until last to clinch a first pole position in 189 days.

"I could see at the start [of the lap] how bad the track was and how close everyone was," the 31-year-old said.

"My reference was looking good until Skyline; I thought I'd thrown it away. 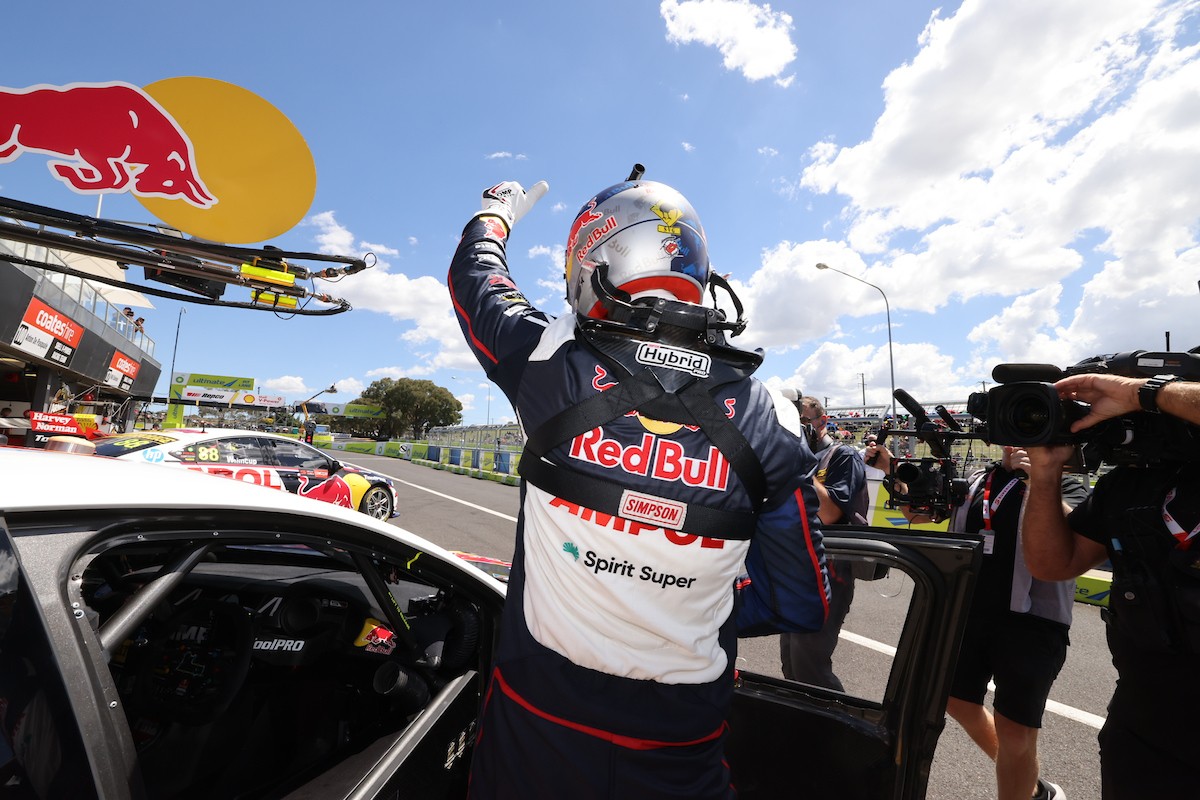 "I finished the lap really strong.

"Thanks to the team, the car's been awesome all weekend, and I'm looking forward to the race."

The Repco Supercars Championship field will return to the track for the 40-lap Race 2 at 3:00pm AEDT.