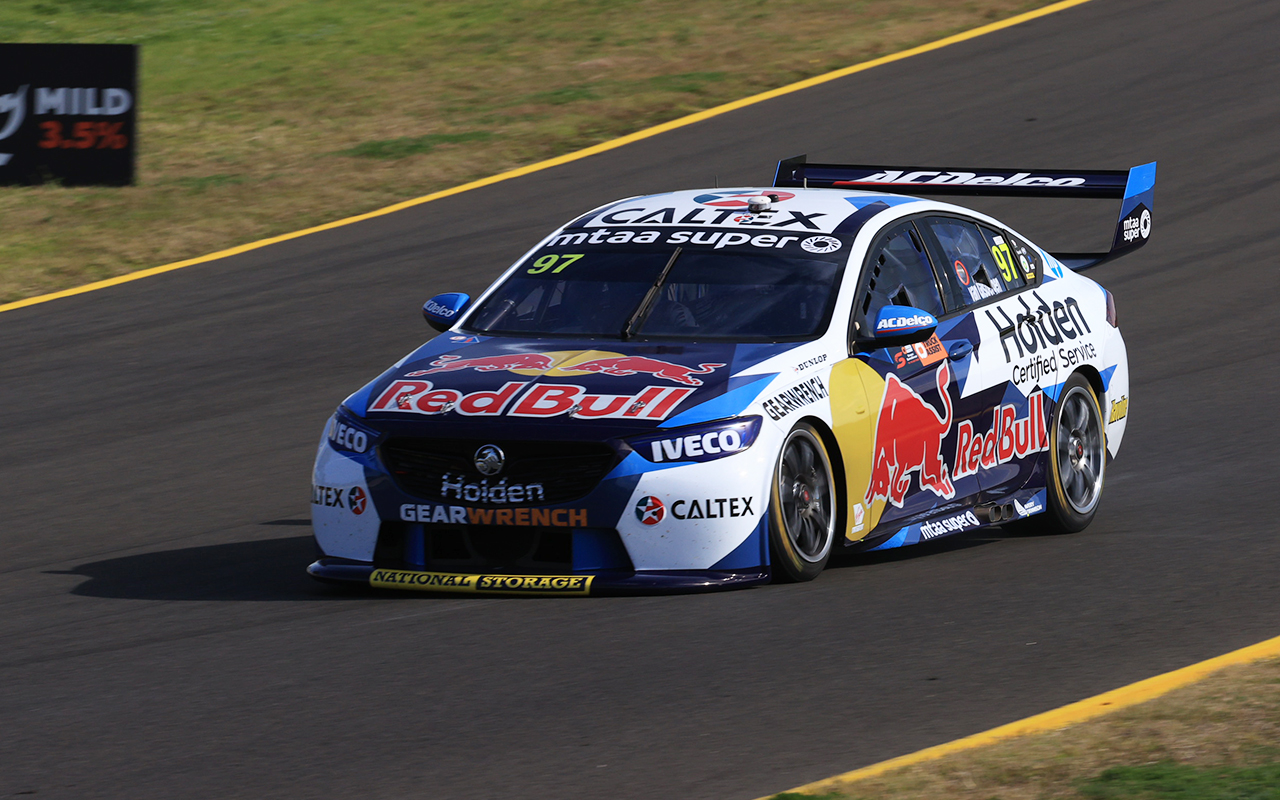 Shane van Gisbergen eclipsed Scott McLaughlin in the dying stages of Practice 2, as the category’s heavyweight teams slugged it out at the Truck Assist Sydney SuperSprint.

The second 30-minute session ended with the Red Bull Commodores of van Gisbergen and Jamie Whincup first and fourth, split by the two Shell Mustangs.

Having focused on long-run pace on the hard tyre in Practice 1, van Gisbergen immediately went to the top in the second session, recording a 1:29.0089s.

“My first lap then on the soft was two and a half or three seconds faster so the time difference is a lot more than I thought it was going to be,” said van Gisbergen.

“I think there’s going to be a lot of people run the soft twice to win a race and then screw the rest of the weekend.

"The time difference between the tyres is massive.”

Fabian Coulthard gained 10 positions late to finish third ahead of Whincup, who’d shot from 20th to second with his run 12 minutes from the end.

“We’re experimenting on soft and hard tyres which is what today is all about,” said Whincup.

“The good news is #97 [van Gisbergen] was really quick then, they’ve clearly made some changes as the session has gone on.

“We’ll have a look at what they did and hopefully that can help our side of the garage as well.”

Lee Holdsworth and Mark Winterbottom filled fifth and sixth, while David Reynolds was seventh having spent a portion of the session at the foot of the order.

Penrite Racing teammate Anton De Pasquale was ninth, having escaped a high-speed off early in the session.