Taking Whincup’s former chassis that was retired after the 2016 Coates Hire Ipswich SuperSprint, the technical crew at the Brisbane-based workshop transformed the Holden Commodore Supercar into a drifting machine featuring four times greater steering angle than a normal race car and dual brake callipers on the rear.

“It was an awesome thing to be a part of,” said Van Gisbergen.

“To be able to combine my love of drifting with a Supercar was cool. I never thought I could put the two together, but the car performance was really great. I was able to really go hard around the bends, we really smoked it up.”

The long, sweeping corners of Sydney Motorsport Park (SMP) played host to the drift runs, the Red Bull Racing Australia team working under the cover of darkness to produce a spectacular display of engineering and driving alike. 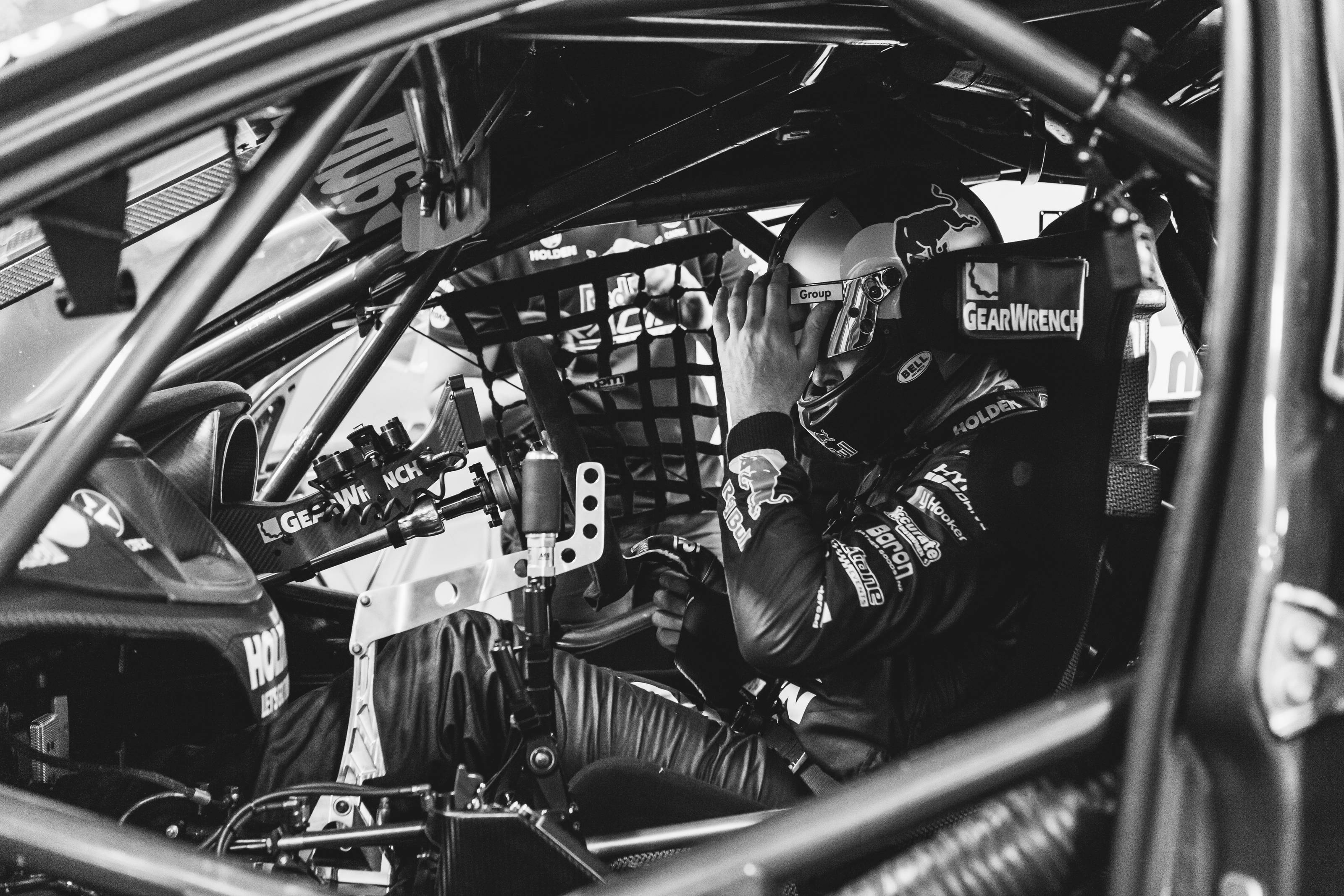 Team Manager Mark Dutton took the lead on the technical side of the Night Drift project;

“There is a fair bit that goes into turning a Supercar into in a drift car. It was great fun for the whole team when the physical transformation took place. Getting to that point was a lot of hard work and late nights, but that’s what we do.”

The Night Drift car will be on display throughout the Bathurst weekend, giving fans the opportunity to see the machinery up-close.

“It is like a caricature of a Red Bull Racing Australia Supercar. It has an exaggerated stance, with the wheels hanging out wide, and super fat flares keeping them covered,” said Dutton.

The Red Bull Racing Australia team heads into this year’s Bathurst 1000 as reigning champions, with Craig Lowndes and Steve Richards bringing home the win in 2015.

“I think Alex (Premat) showed that he had great speed at Sandown,” he said.

“After finishing on the podium in second place, we are both looking forward to sinking our teeth into Bathurst. We are working well together, with a car that is performing very well.”

The long-time duo of Whincup and Dumbrell takes to the circuit for the fifth time as a pairing, hungrier than ever to step onto the podium this year.

“We have missed out the last couple of years with some costly mistakes,” said Whincup.

“We have a quick car, and PD (Paul Dumbrell) and I have the potential to get there. We just need to focus.

“Sandown was disappointing; hopefully, we have come back stronger here and ready to get results.”

The 2016 Supercheap Auto Bathurst 1000 kicks off tomorrow, with the lights going out for the Great Race at 11:10am on Sunday. Tickets are available at Ticketek.