The Red Bull Holden Racing Team driver recorded a 1:10.0763s to finish 0.1455 seconds clear of McLaughlin, who he leads by 19 points in the standings.

Lee Holdsworth was the best of the rest in sixth for Preston Hire Racing, in Friday's third and final session.

Whincup recorded the first sub-1:11s lap of the weekend on his second flying effort of the 30 minutes.

A 1:10.9197s had the defending champ ahead of James Courtney, Holdsworth, McLaughlin and Lowndes when the red flag came out after seven minutes.

That was for the Milwaukee Falcon of Will Davison finding the tyres at the first chicane, the Ford impaired by a left-front suspension problem.

“I went into the first apex there and I heard a big knock, I didn’t really clip the tyre bundle or anything, but as I turned right I lost all steering,” Davison said.

“I just went straight ahead in. It happened all pretty quick.

“I was perplexed because I knew I hadn’t bounced off the tyre bundle or hit the wheel on anything, so it was the last thing I was expecting.

“It looks like it’s pulled a stud out on the upright and it’s stood the wheel up and lost all steering on the front.

“I’m shattered for the team. We need to analyse why it happened, it’s just a lot of damage that we don’t need right now.”

McLaughlin's time at the top was fleeting, with Whincup setting a 1:10.6352s entering the final 10 minutes.

The sequence was all-but repeated five minutes later, with McLaughlin again going fastest but this time then shaded by van Gisbergen.

A 1:10.3513s had van Gisbergen 0.2345s clear as the final runs started, a host of drivers incurring kerb strikes and having laps struck.

McLaughlin got back to the top with 15 seconds remaining but he was denied again by van Gisbergen's 1:10.0763s after the flag.

“When the sun goes down here the track gets so much faster, so I feel like that’s one of the fastest times you’ll see all weekend,” van Gisbergen said.

“I probably under-drove to be on the safe side, just to get a lap on the board, but the car is near-perfect, probably just a few little tweaks.” 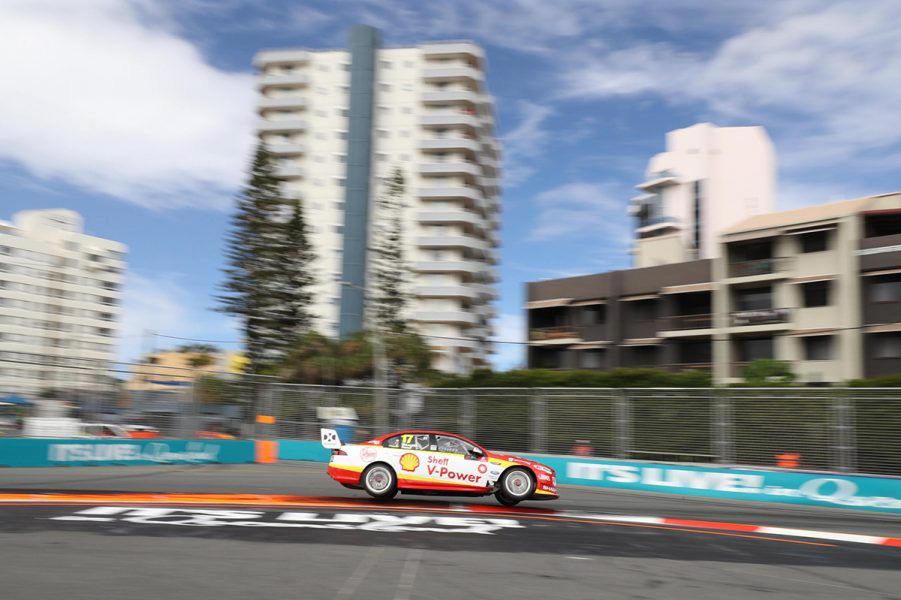 McLaughlin added: “I’m glad the car has rolled out of the truck awesome. I’m excited for tomorrow.

“We’ve got plenty of stuff to look at with Fabs up there too, we’re having a massive crack at it, both of us.

“At the start of that session we were going hard at it, he was right behind me, both whacking mirrors. It was pretty cool.”

“My car is not very good on the greens, so we’ve got work to do, no excuses,” Whincup said. 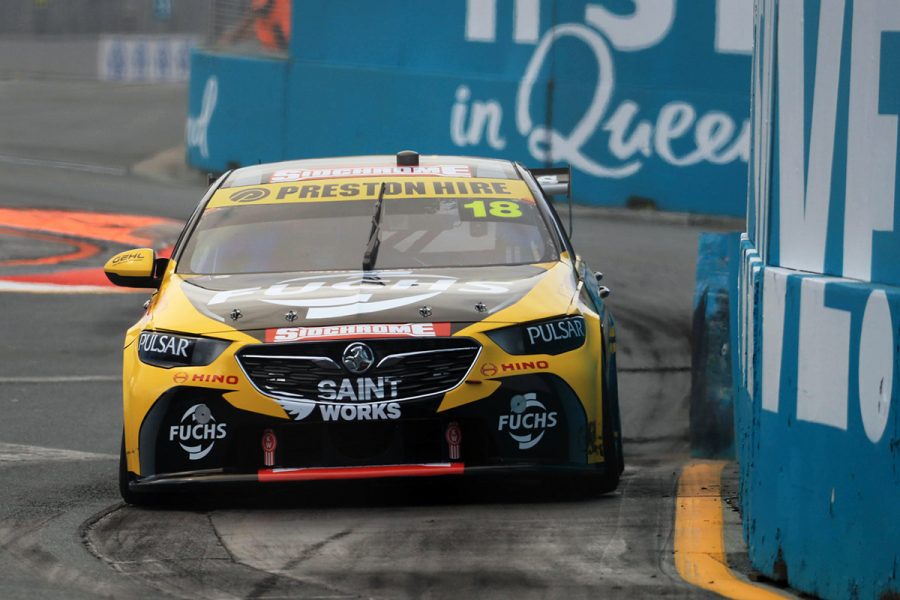 Holdsworth was sixth amid a tough campaign, while lead Nissan Rick Kelly, Chaz Mostert, David Reynolds and Cameron Waters rounded out the top 10.

“I love this track. I felt like our car the last couple of rounds has been improving, so we’re a hell of a long way forward from where we’ve been previously,” Holdsworth said.

“It’s promising. It’d be nice to put it all together this weekend. Everybody needs a bit of a lift.”

Kelly's Altima missed most of Practice 2, after co-driver Garry Jacobson found the wall in the co-driver session.

The best of the rookies in the field was Anton De Pasquale for Erebus in 18th.

It was 22nd in the order, one spot behind team-mate Garth Tander.

Drivers are straight into ARMOR ALL Qualifying on Saturday, at 11:05am AEST, followed by the Top 10 Shootout and opening 300km race.

2018 Vodafone Gold Coast 600  ›
Stay In The Know
Sign up to the Virgin Australia Supercars Championship Newsletter
We use cookies to ensure that we give you the best experience on our website. If you continue to use this site we will assume that you are happy with it.Ok