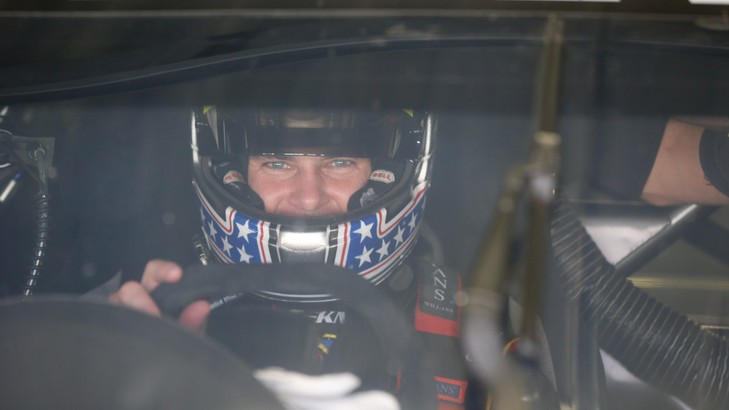 Shane van Gisbergen is hoping re-tuning of his Tekno Autosports VIP Petfood Holden Commodore VF will enable him to convert his Clipsal 500 Adelaide Race Three ARMOR ALL Pole Position into victory this afternoon.

While van Gisbergen was able to match the lap speed of the Red Bull Racing Australia Commodores of Jamie Whincup and Craig Lowndes in yesterday’s two 125km races, he could not match their tyre longevity.

“I think we have made improvements since the first race yesterday. The second race was good but we were just too far back, so I think we have a good car,” van Gisbergen said.

The 24-year old finished third in Race One and only 16th in Race Two after a drive through penalty for spinning DJR Wilson Security Ford Falcon driver Scott Pye and then later spinning himself.

Van Gisbergen qualified on pole and won the equivalent 78-lap race here last year and is conscious that it will pose different challenges to yesterday’s shorter races.

“It’s a long race, but we went good here last year and we just have to get clean air and try and do our best.”

Van Gisbergen has Red Bull Racing Australia's Jamie Whincup starting alongside him on the front row of this afternoon's 78-lap race.