Title contender Shane van Gisbergen has called for more scheduling flexibility at Supercars events after the second leg of the Vodafone Gold Coast 600 was abandoned due to a storm.

The weather, which had been forecast for the afternoon, hit less than a third of the way through, triggering a race suspension 37 laps into the scheduled 102-lap journey.

Race control later decided to send the cars back onto the circuit under Safety Car to assess the conditions, but then suspended the race again, and ultimately declared it.

Drivers almost unanimously backed the call not to get racing back underway, with standing water and rivers running across the track the chief concerns.

However, van Gisbergen lamented the need for time-certain finishes and a lack of flexibility when storms are predicted.

“There were storm warnings from first thing this morning, so people should have maybe put the race forward,” he said.

“We have this conversation every time there’s a time-certain race, it ruins it for the fans, the drivers, everyone. The TV station we’re on should be flexible like that.” 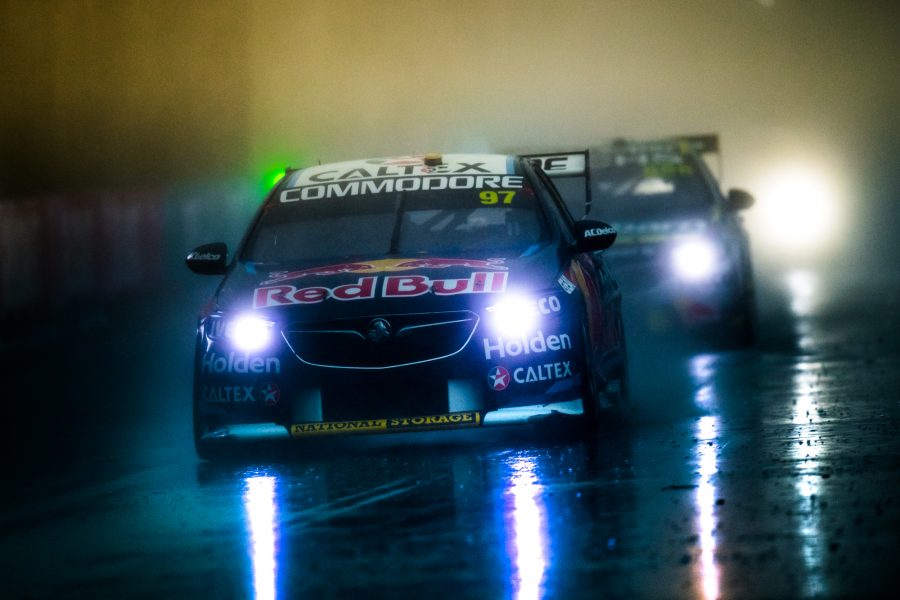 Triple Eight team-mate Craig Lowndes sympathised with the commercial realities of television and event scheduling, and the unpredictability of weather.

“As Shane said, we knew the weather was coming, we didn’t know what time,” he said.

“We predicted it was going to come before the start of the race, but it didn’t. Almost 25 laps into the race it came in.

“Whether you have to have more flexibility to start the race earlier, from a fan’s perspective [that's] probably a good thing, but I think it’s more the fact the TV world.”

Lowndes and co-driver Steve Richards were arguably the biggest winners from it being declared a non-race.

They potentially faced two penalties – one for Richards’ hit on Warren Luff – and another for an unsafe pit release, which would have threatened their PIRTEK Enduro Cup lead.

The veteran was, however, in no doubt that abandoning the race was the right decision. 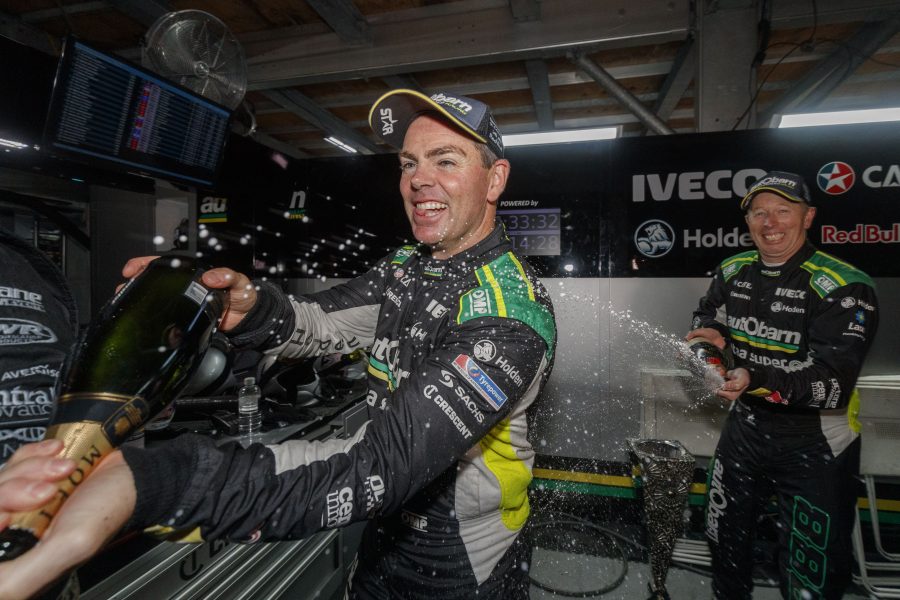 “The weather and what we were encountering out there, it was the right decision to stop the race,” said Lowndes.

“It was just terrible, you couldn’t see, spinning wheels; I radioed to the guys, all the pedestrian crossings on the back straight I was getting wheel-spin in third or fourth gear just trying to get traction.”

Garth Tander, the 2007 Supercars champion, was among others to express a strong view against going back to racing.

“A lot of people will say at home that we've got wet tyres and you just drive to the conditions; it is not like that, it is simply not like that,” he said. 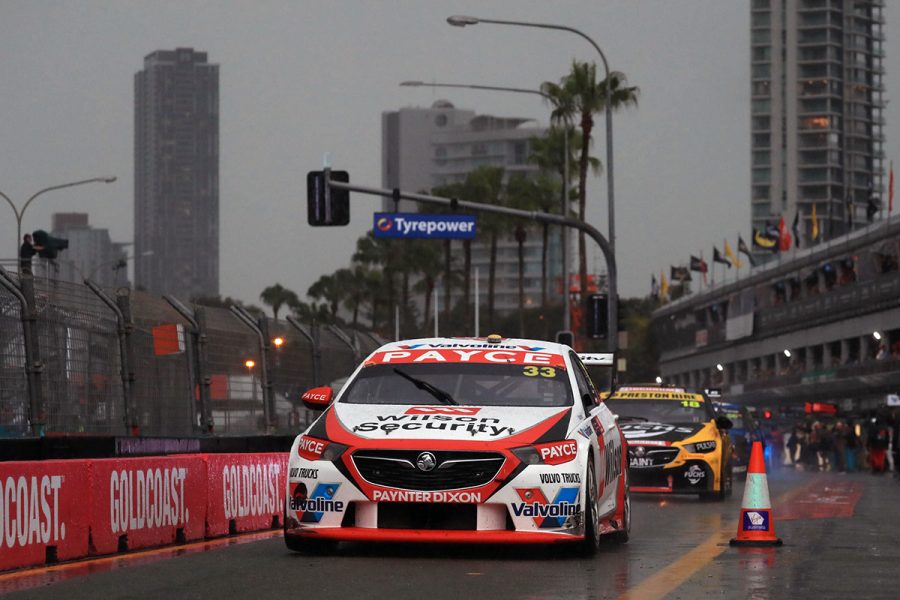 “If we restarted the race, there would be 25 cars crashed before we get to Turn 1.

“You can't race in these conditions.”

Scott Pye said the conditions were even worse than those faced at Sydney Olympic Park in 2014, when both races were abandoned due to storms.

“This is probably worse than Homebush; I remember when the race got cancelled back there,” he said.

“We're still going to have to try and pushing 200km/h to be somewhat competitive and it is just not the conditions where you can read [things].

“You can't predict what the car is going to do when you brake, you can't even see, so it is definitely the worst conditions I've ever driven in.” 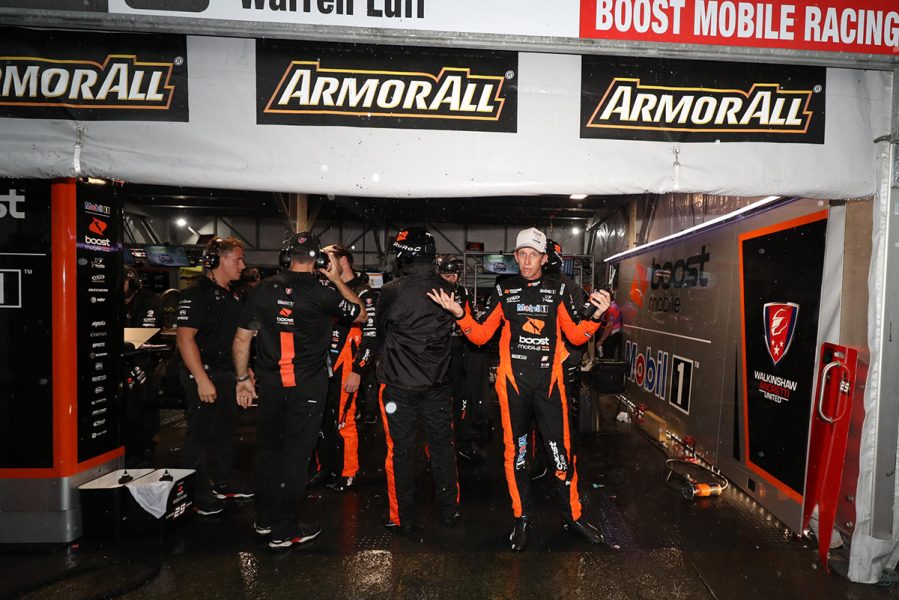 Pye also stressed how dark it was on-track: “I said to my engineer that when the lightning came it was good, I could see where I was going for a split second!”

Van Gisbergen too said racing again was not possible, but was among those to question sending the cars back on track under the Safety Car.

“They did everything right except for sending us back out again,” he said.

“They canned the race for safety, safety for the TVs, the teams, the drivers and that’s a priority when the weather is like that.

“They made that call right, but I don’t know what they were thinking trying to get half point distance, it was just silly. We couldn’t even keep up with the Safety Car.”