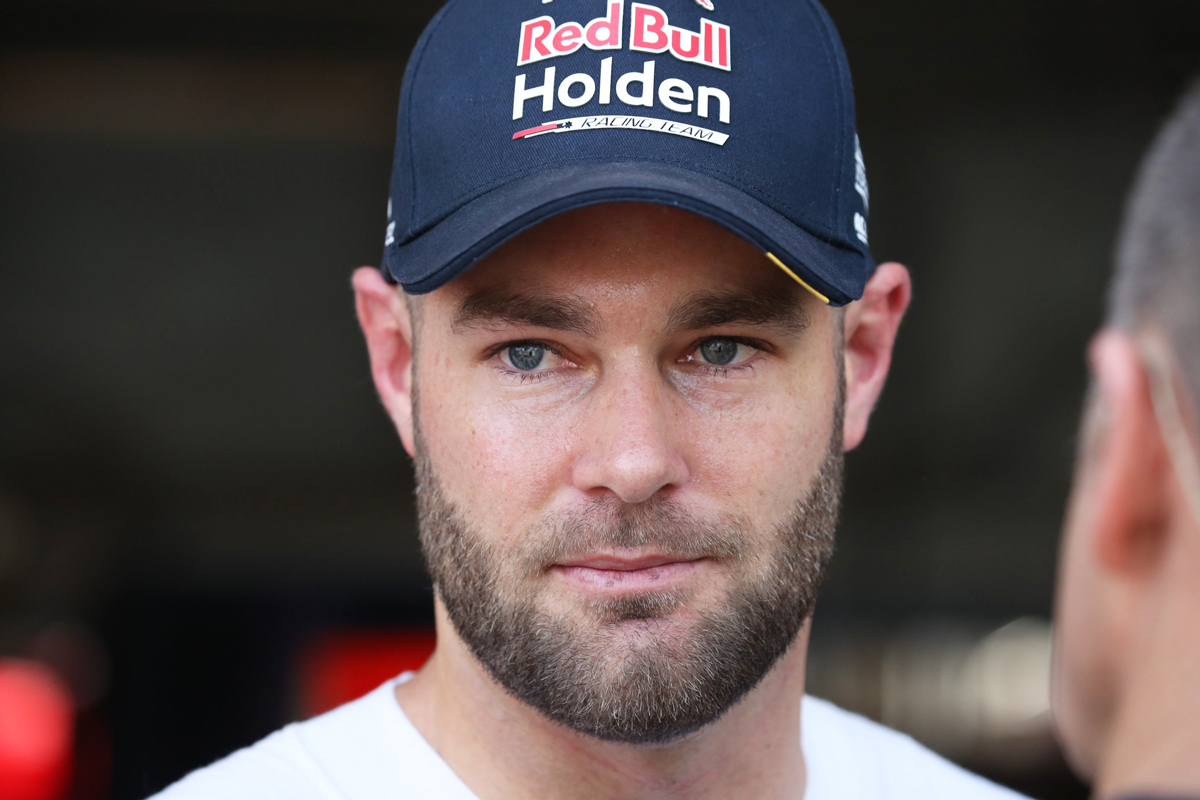 The Red Bull Holden Racing Team has continued its dominant form at the Vodafone Gold Coast 600, locking out the front-row for the Sunday race.

Saturday runner-up Shane van Gisbergen rose to the occasion as the last man out on track in the ARMOR ALL Top 10 Shootout to beat teammate Jamie Whincup with a 1:10.2082s.

That gave the Kiwi a 0.2211s margin over Whincup, who he was forced to trail home for a RBHRT 1-2 yesterday.

The session was run without the year’s ARMOR ALL Pole Champion Scott McLaughlin, who crashed out of the weekend in qualifying.

Van Gisbergen, who had rushed to McLaughlin’s aid this morning, scored pole despite a nervous moment at Turn 11.

“I locked the front there yesterday so we had a bit more rear bias today and I almost did the opposite, but it worked out pretty good,” van Gisbergen said.

“Crazy emotions this morning with Scotty’s crash and seeing what can happen when it goes wrong, same with Chaz yesterday.

“You’ve got to put it on the line here, but when you get it right it does reward you.” 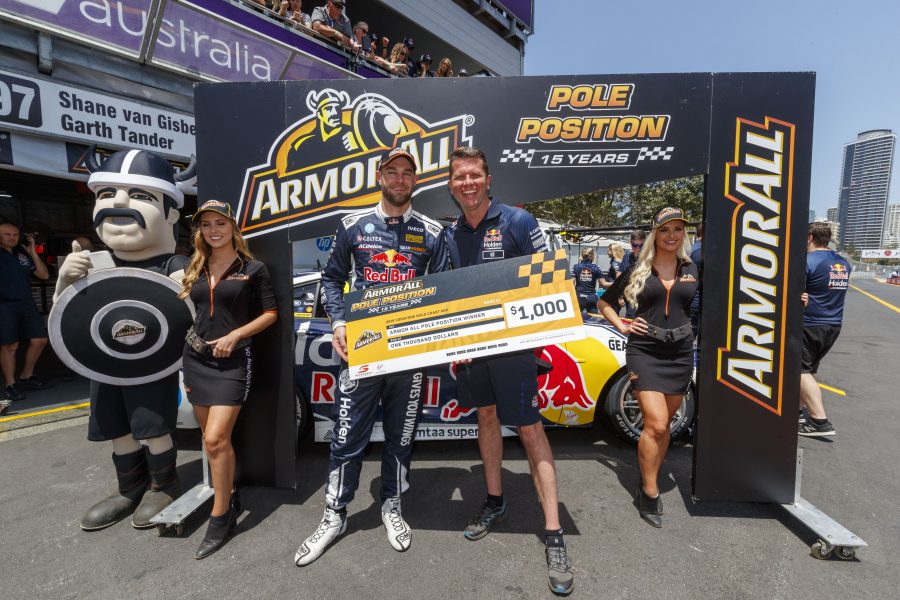 Whincup had moments earlier knocked an impressive Will Davison off top spot, leaving the Tickford veteran to start the race third alongside Penrite Racing’s David Reynolds, with Lee Holdsworth rounding out the top five.

Anton De Pasquale and Cameron Waters both had their lap times rubbed out for kerb strikes, the latter having a particularly wild moment at the beach chicane.

That triggered a short red flag period as the tyre bundle was reinstated before Scott Pye’s run.

“We’ve got a fast car but I just over-cooked that chicane a little bit,” Waters said.

“The car hiked up and it was game over from that point. I could have tried to make it but it was better to try and have a straight car for the race.”

Pye followed his Walkinshaw Andretti United teammate James Courtney in getting a little too much airtime during the beach chicane, resulting in the pair recording the slowest two times for seventh and sixth on the grid, respectively.

“I was looking out the passenger window for a little bit,” Pye said.

“My main concern was just getting the car back down for that last left, not to do any damage.

“I think that extra [warm-up] lap just gave it so much lateral grip. It went up on two and motocrossed it through the chicane. Not ideal.”

Only nine cars took part in the Shootout due to the absence of McLaughlin, who had been classified second in regular qualifying.

That means there will be an empty grid slot on the fifth-row for this afternoon’s race, just as there was yesterday after Chaz Mostert’s Shootout shunt.