Van Gisbergen: 100 wins would be ‘amazing’ 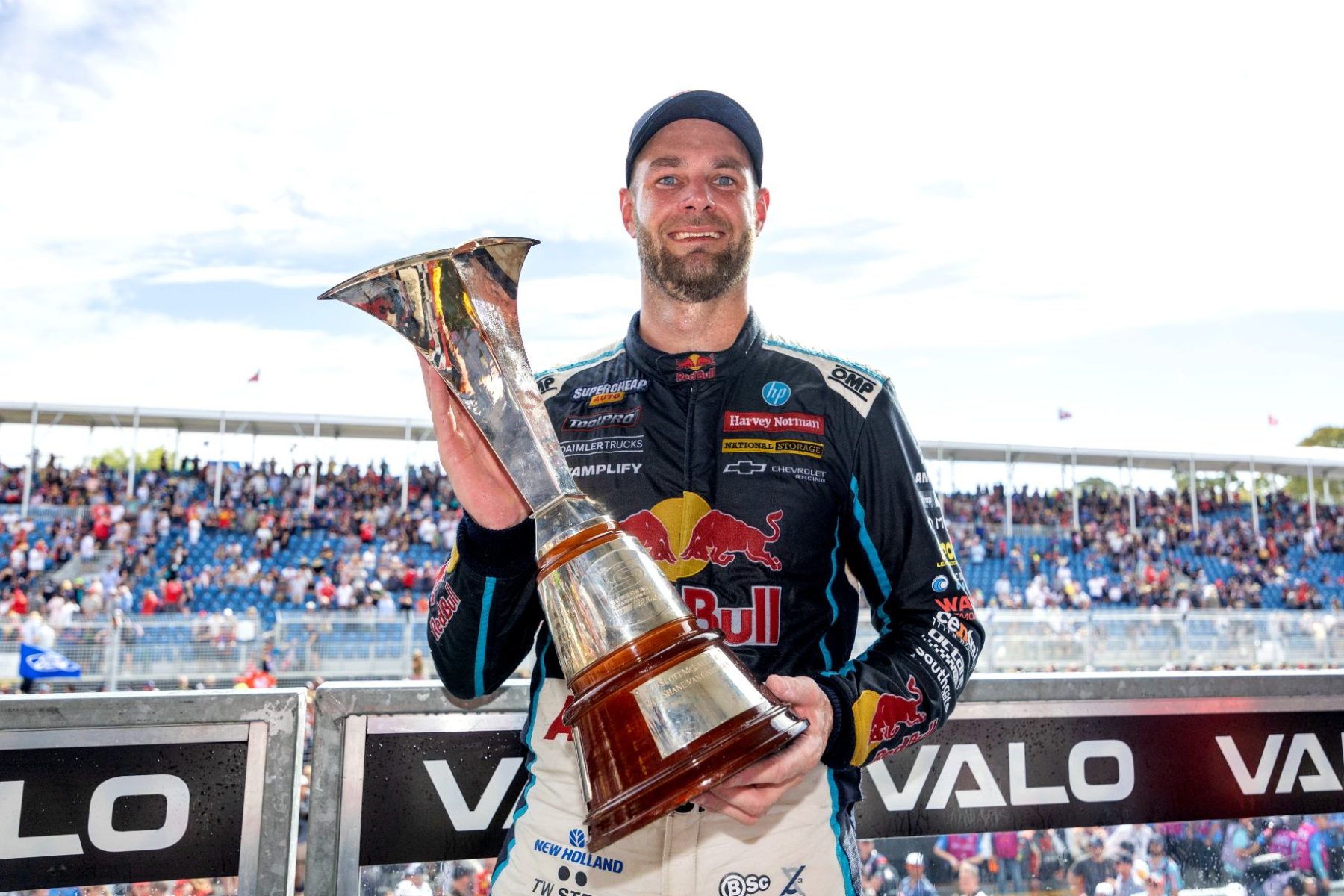 A century of wins would be an “amazing thing” for Shane van Gisbergen, but he isn’t interested in breaking records.

Van Gisbergen ended 2022 with 21 wins from 34 starts in what was the winningest season in history.

Since Bathurst 2020, van Gisbergen has taken his career wins tally from 39 to 75.

Van Gisbergen could one day crack 100 wins, given his current form and amount of races per year.

Only two drivers — Jamie Whincup and Craig Lowndes — have won 100 or more races.

A year earlier, Lowndes was first to 100 wins in Darwin, it what was his 559th start.

Van Gisbergen currently has 75 wins from 483 starts, and is set to record 500 starts next year.

Mark Skaife, the next driver ahead of van Gisbergen, claimed his 90th and final win in 2011, his 478th start.

Van Gisbergen was posed the question of Whincup’s record in an interview with former rival Scott McLaughlin.

When asked about his form and the wins record, van Gisbergen replied: “It might not be like that the next [few years].

“I would think about the number 100 — that would be an amazing thing.

“I wouldn’t think about targeting a record.”

Van Gisbergen went winless at the VALO Adelaide 500, where he officially won his third title.

The 33-year-old ended the Car of the Future/Gen2 era with the most wins and equal most championships.

The 2022 season offered more change than ever for van Gisbergen in his tenure at Triple Eight.

There will be more change again in 2023, with the Gen3 era an overhaul of the current technical package.

Van Gisbergen has stated his Supercars future hinges of Gen3, yet he has remained in the present.

That was the case in Adelaide where, despite going winless, he celebrated with a memorable burnout.

“I’ve tried to take in the moments this year and enjoy them,” van Gisbergen said.

“To have so much change and to do what we did this year is an amazing feeling.

“We’ve had a lot of challengers, but not consistent ones.

“That’s been the difference — the consistency, me turning up every weekend, ready to do my best.

“I take each weekend individually, and want to do my best at it.”

Van Gisbergen is also set to make his Sprint Car racing debut in the summer.

The two-time Bathurst winner will commence his title defence in March next year.