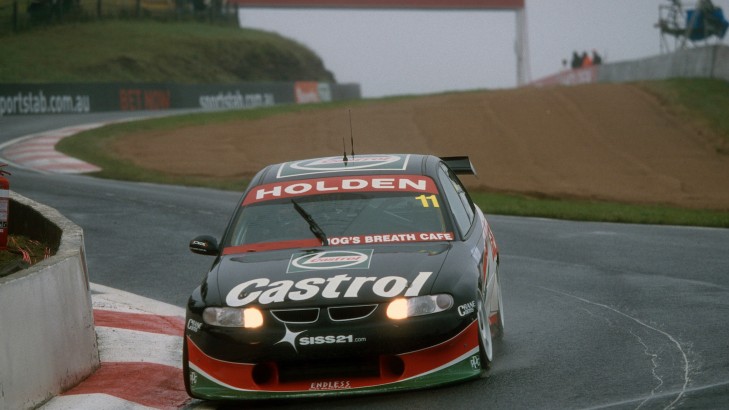 The category - for former V8 Supercars that have raced in the 'main game' as well as the Dunlop Series - was formed back in 2008 and competes in its own series as part of the Shannons Nationals series of race meetings.

The Sydney appearance of the category is not part of its actual series, which wrapped up at the start of November, but it gives a range of familiar cars another chance to race in 2014 in front of a big crowd.

The category caters for ex-V8 Supercars with the latest model Commodore permitted being the VZ, while the BF Falcon is as late as Ford runners can go with their cars. Engines are rev-limited to 7000rpm, 500 less than the maximum revs permitted in the V8SC and DVS, while a control tyre from Kumho is used.

The entry list for Sydney features cars built by some of the most well-known teams in V8 Supercar racing both past and present including the likes of Triple Eight Race Engineering, Perkins Engineering, Ford Performance Racing, Brad Jones Racing, Paul Morris Motorsport, Glenn Seton Racing and Britek Motorsport.

It's not compulsory for cars in the class to carry their original colours but many owner/drivers have either reverted their cars back to familiar liveries or utilised similar base liveries with their own sponsors' signage.

And everywhere you look up and down the entry list for Sydney you will find cars that you will remember from previous years of V8 Supercar racing. 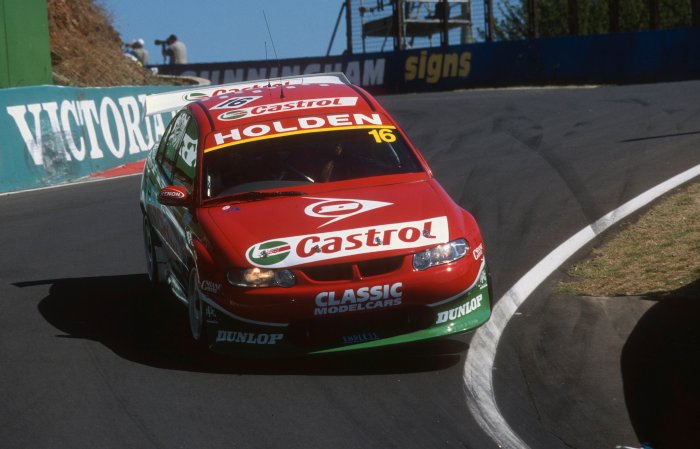 Larry Perkins and Russell Ingall drove Fardell's VX Commodore at Bathurst in 2000 before the same car won the DVS title with Paul Dumbrell in 2002.

Ironically, 12 years later Dumbrell's old car will be there to see him be crowned the 2014 Dunlop Series Champion with Eggleston Motorsport!

Renouf's car was second at Bathurst in 2002 with Ingall and Steve Richards before also being raced by Dumbrell in his first two years with Perkins' team in 2003 and 2004.

Ryan Simpson cometed in the Dunlop Series in Adelaide in a one-off start for MW Motorsport and finished runner-up in V8 Touring Cars this year in his ex-Craig Lowndes, Triple Eight Falcon which Lowndes drove for TeamVodafone in 2008. He races it in the same base fluro and silver colours that Lowndes' squad ran it in the final year BFs ran full-time in the V8 Supercars Championship. 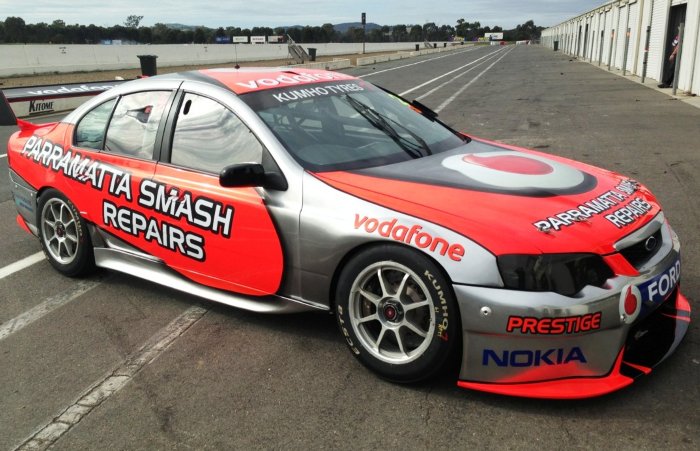 The ex-FPR Falcon of former DVS regular Tony Evangelou competes in the same CAT colours Jason Bright raced it under in 2006 and is entered for Sydney while Chris Delfsma's Falcon races in the familiar Fujitsu colours it raced in during the 2005 DVS with Jose Fernandez driving.

Speaking of Fernandez, he's entered for the Sydney V8 Touring Car event with the ex-FPR Falcon that won the V8 Touring Car Series in 2012 and 2013 with Josh Hunter and Shae Davie driving for his team. Davies is making his Dunlop Series debut in Sydney.

Andy Cantrell has entered the oldest car in the field - an ex-Glenn Seton Falcon EL that Seton and V8 commentator Neil Crompton drove at Bathurst in 1998.

Throw in Steve Briffa's Commodore (which won the 2008 DVS in the hands of Steve Owen), Matt Palmer's pair of ex-BJR Falcons, Matt Chahda's ex-Jason Bright Fujitsu Britek Ford and a smattering of other cars and the V8 Touring Car category is essentially a V8 Supercar history lesson on wheels!

V8 Touring Cars will have two practice sessions and qualifying on Friday December 5 at Olympic Park with Race 1 on Saturday at 8.30am and Race 2 at 10.45am. Race 3 will be held on Sunday morning at 8.10am.

The V8 Touring Cars is just one of the great support categories at the weekend's Sydney NRMA 500 - click here for more information on the December 5-7 event and for tickets.