It’s early days but it’s fair to say the new SuperSprint format showed plenty of promise last weekend. The swap from two 60km sprints to one 120km race on Saturday was successful. The longer distance, pit stop, soft tyres and points equality with Sunday’s 200km race all helped encourage burly racing. Next week the circus shifts from the confines of the championship’s shortest circuit to the fast sweepers of Phillip Island and the swap is made to hard tyres. Will that impact? And will the knowledge gleaned from the first hit-out in Tassie mean a coalescing of strategies that ends up with everybody doing the same thing at the same time and rolling along in high-speed formation as tyres degrade and fuel loads decrease at the same rate?

2. So let’s talk about the racing for a bit 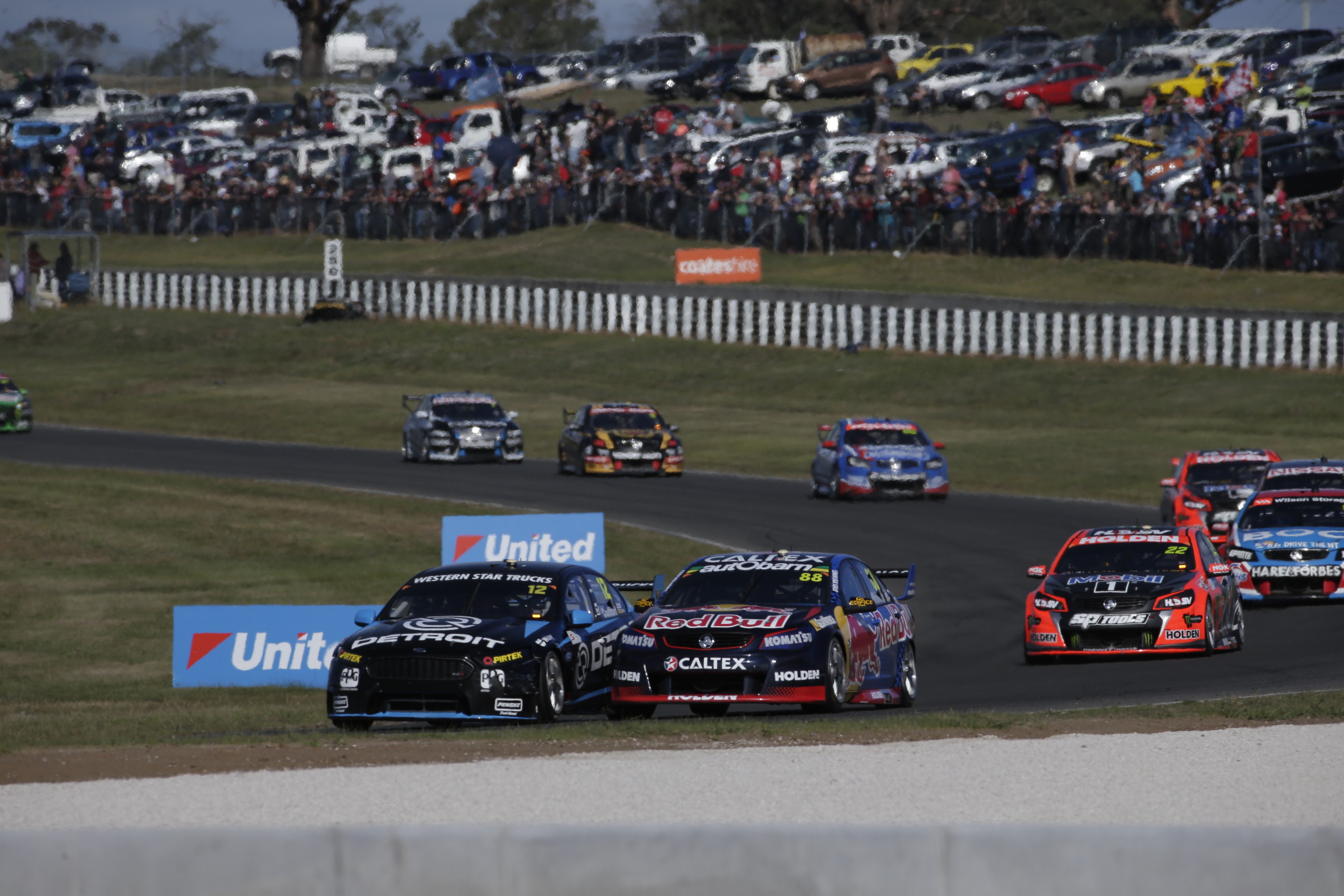 It was fantastic the racing took centre-stage at Symmons Plains, rather than the off-track issues that often bubble up in the pitlane and paddock of this intensely competitive, multi-million-dollar show. What were your favourite moments? For me, the Sunday to and fro between Shane van Gisbergen and Mark Winterbottom in the first few laps and then again after the first round of pit stops was sedan racing at its very best. These cars have bodies so use them, and that’s exactly what both of them did. Then there was Jason Bright’s charge on Saturday, rubbing panels with old foe Garth Tander and then bump-drafting Winterbottom. Will Davison leaning on Craig Lowndes through turn three was also pretty cool. There were many, many more moments like this. It left us wanting more. And isn’t that the way it always should be. 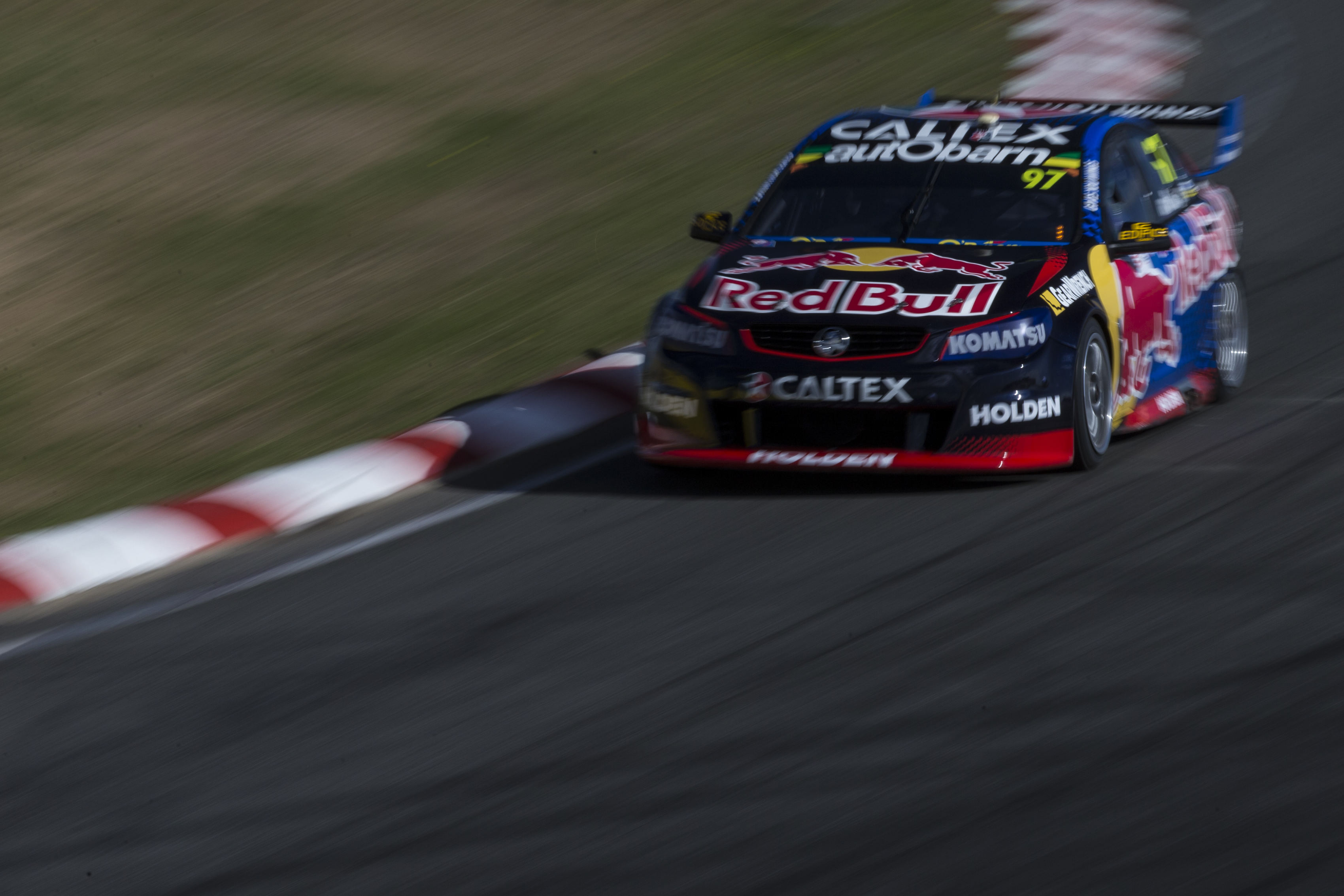 There is no doubt Shane van Gisbergen was the class of the field at Symmons Plains. Until he got caught out by the oil on lap 80 his had been an almost perfect weekend of sustained speed and application of effort. But he did get caught out and was rightly devastated by it. But it was very disappointing he refused to speak to the media afterwards. Yep, have some cool down time, get your thoughts together, all of that. Then five minutes of pain and that’s it. Dealing with the media is one of most drivers’ least favourite pastimes, but it is expected of a professional sportsman. The journos are the primary conduit to the fans. When drivers talk to the media that’s ultimately who they are addressing. When they don’t, that’s who they are denying.

In Tassie Jamie Whincup was on the defensive most of the weekend thanks to the pressure applied by van Gisbergen. In essence, he got a taste of what Craig Lowndes has been going through for years; a team-mate who has the frustrating ability to be just that little faster when it counts; the stacking and the less than optimal strategies that then sometimes forces you to devise. His self-admitted “rookie error” on Sunday compounded the pain. The silver lining for Whincup is that he was far from alone in suffering issues, so his championship was not crucially affected. Next stop, Phillip Island, where he has won the last two years on hard tyres. Whincup loves the motivation provided by the need for redemption. Time for him to put van Gisbergen under pressure. 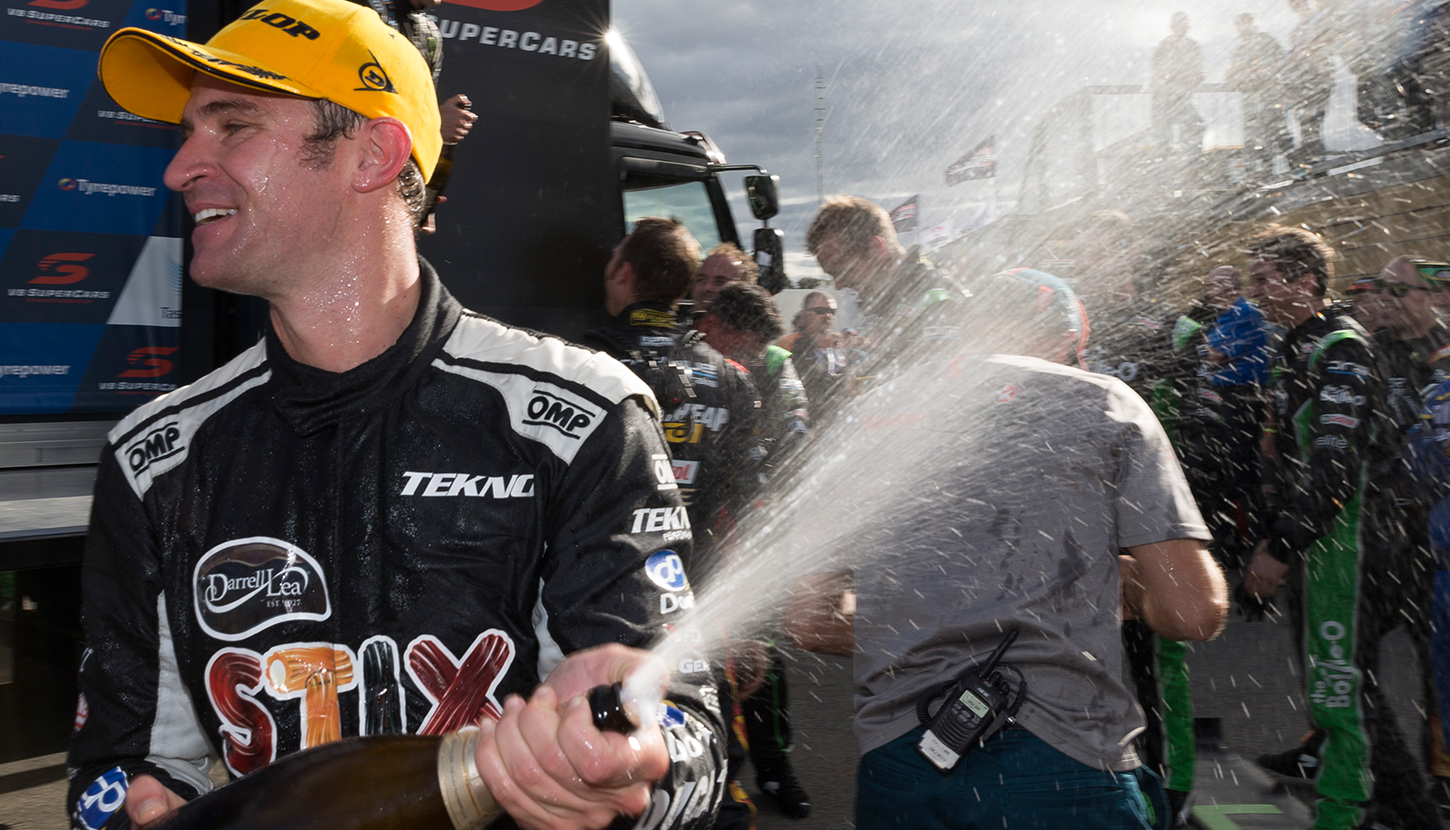 No doubt Symmons Plains arrived just at the right time for Will Davison. It’s been a happy hunting ground of his for years and he showed his liking for it again last weekend. After two years of battling with the Erebus Benz, Will has taken just two championship events and three meetings to get himself to the front of the pack, win a race and lead the championship for Tekno Autosports. Talk about reminding the world of your talent! Now the challenge is for him and Tekno to stay at the front. Phillip Island will be fascinating from that point of view. Triple Eight owner Roland Dane theorises van Gisbergen’s shift from Tekno to RBRA will have its primary befits at big technical tracks like the island where T8’s superior engineering resources will prevail. Interestingly, in nine races with Tekno at the island SvG claimed only one podium, a third in 2013. 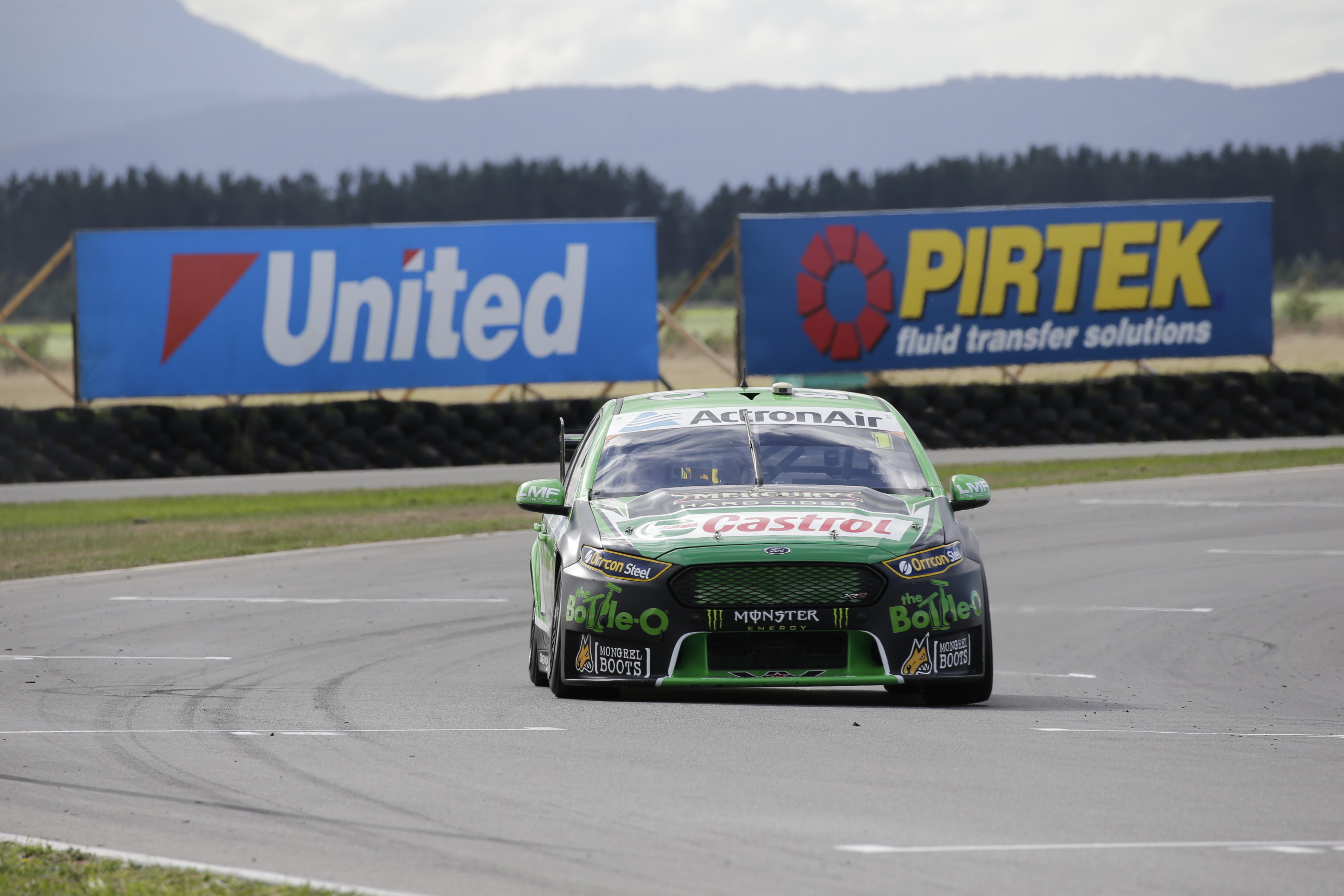 There have been five different winners in five championship races this year, which is fantastic stuff. But four of those five winners have been in Triple Eight Commodores. That underlines the need for other car constructors to get their act together quickly. In Tassie Prodrive, primarily through Mark Winterbottom, showed signs the Falcon FG X was closing the early season gap. Saturday wasn’t a great outing for the defending champ, but on Sunday he was at his best; fast, feisty and unrelenting. You could sense in his driving his determination to rise to the challenge imposed by van Gisbergen and the T8 horde, a lone green Falcon flying the flag in a sea of Commodores.

Nice to see solid pace being shown by Lee Holdsworth and the Preston Hire team at Symmons Plains, although clearly there’s still some improvement in the races to live up to the qualifying heroics. Rick Kelly got the Sengled Nissan Altima into the top four on Saturday and was headed for the top 10 again on Sunday until his spectacular brake failure. Symmons has been a graveyard for the Nissans in past years, so this performance bodes really well. Tim Slade also had by far his best run in the Freightliner Commodore so far, by claiming eighth on Saturday. Yes, he was on fresh rubber, but he used it well. And a victory in its own way for rookie Aaren Russell, who finished both races unscathed.

James Moffat is at the top of this list, at this point unable to extract the same pace from the Volvo as Scott McLaughlin. Surely this is only temporary? Chris Pither’s season is turning into a nightmare, now having accounted for two Falcons in two championship outings. Both the Holden Racing Team and DJR Team Penske battled for pace in Tassie, but there is certainly more patience regarding front-running performance expectations when it comes to the latter than the former.

And a ninth item… 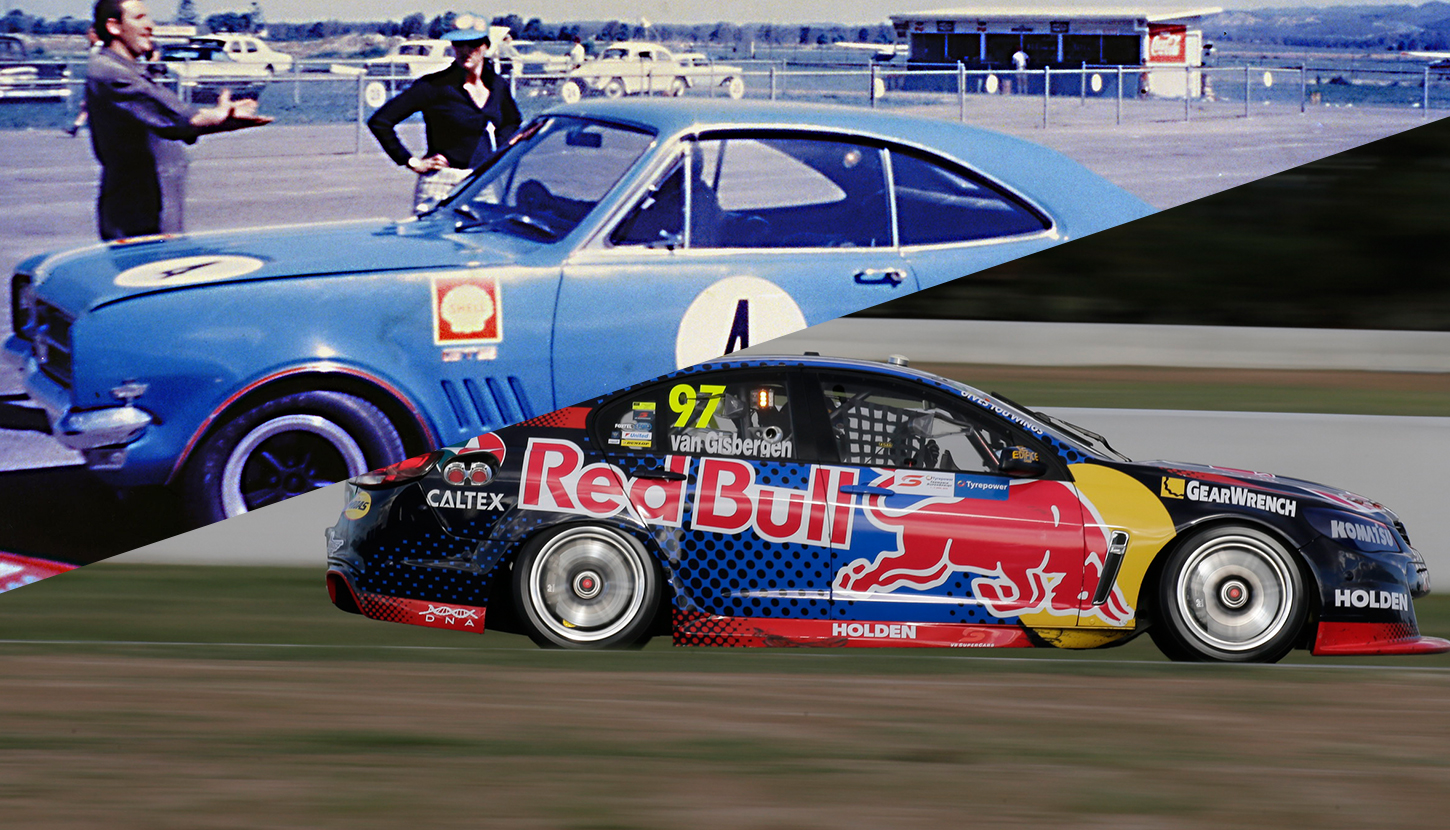 Congratulations to Holden for racking up 500 championship race wins. Love or hate the red side, it has stuck with Australian sedan racing through thick and thin – unlike traditional rival Ford. Holden has tipped multi-millions into sedan racing and gained a huge fan base and a dynamic image out of it. Sounds like a fair trade.

The V8 Supercars next hit the track at the WD-40 Phillip Island SuperSprint from April 15-17. Click here for all the info.

The little team that could