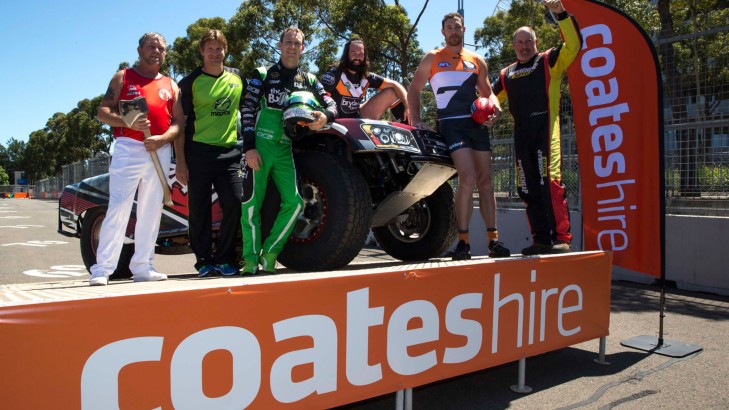 The spectacular Stadium Super Trucks and the sensational value Grandstand Superpass have given sports fans even more reasons to be at the grand finale of the 2015 V8 Supercars Championship, the Coates Hire Sydney 500.

Created by former IndyCar racer Robby Gordon, the V8-powered Stadium Super Trucks were a fan favourite at this year's Clipsal 500 Adelaide and the recent Castrol Gold Coast 600 and now Sydney fans will get the chance to see them in all their flying glory.

They will make their debut at the event, with drivers including Australia's own Matt Mingay, Matt Brabham and Paul Morris and internationals including Burt Jenner who won the first race on the Gold Coast last month.

V8 Supercars CEO James Warburton said next month's event promised to be one of the biggest and best Sydney had ever hosted.

"This is an event you don't want to miss. Not only will the V8 Supercars championship be decided but fans will enjoy incredible entertainment including the Stadium Super Trucks," he said.

"We've also got a fantastic deal for Western Sydney sports fans with the Grandstand Superpass, enabling fans to enjoy five sensational events for the price of one. Members of the Sydney Showgrounds, Sydney Thunder, Wests Tigers and GWS GIANTS will also receive free admission to the Sydney 500."

The Coates Hire Sydney 500 will be held at Sydney Olympic Park from December 4-6. Tickets including the 'Grandstand Superpass' are available at Ticketek.com.au.

Allpre-purchased ticketsto theCoates Hire Sydney 500 include free public transport to and from the event. Children aged 12 and under also receive free trackside admission to the event with a paying adult.

16/11/2015
Stay In The Know
Sign up to the Virgin Australia Supercars Championship Newsletter
We use cookies to ensure that we give you the best experience on our website. If you continue to use this site we will assume that you are happy with it.Ok