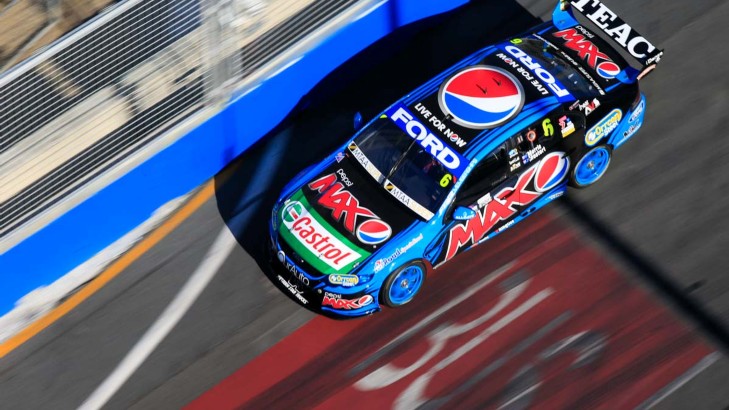 Ford's marketing decision not to continue with V8 Supercars from 2016, effectively closing the door on more than 50 years of proud racing heritage, does not spell the end of the Blue Oval on the grid.

Ford announced today that it would withdraw support of its one factory team after next year when six Falcons will contest the 2015 Championship.

V8 Supercars hopes the Ford brand will continue in the sport beyond 2016 with our without support from HQ, as has Ford's most loyal team Dick Johnson Racing which next year will become DJR Team Penske. Ironically racing royalty Roger Penske, like Johnson, is also a Ford loyalist.

It was FPR's second straight victory at Bathurst, one of the world's greatest races.

"Some time ago, we called on Ford to clarify their position for 2016 - which they have now done," V8 Supercars CEO James Warburton said.

"We understand things are tough at Ford at the moment, but were hopeful they would continue to see the enormous brand value our sport has to them, not to mention decades of Blue Oval racing heritage - particularly at a time when we are growing so strongly.

Click here for the team's reaction, with comments from Tim Edwards and Rod Nash.