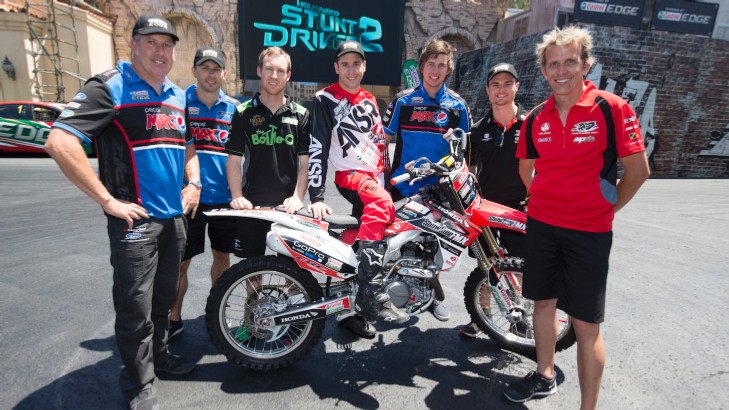 As the build up to the Castrol EDGE Gold Coast 600 intensifies V8 Supercars Championship drivers took part in a different kind of show at Movie World on the Gold Coast today.

The show, which is run by the Castrol-supported Showtime FMX team, is a huge hit with both fans and V8 Supercar drivers with a packed crowd enjoying the action.

"The Gold Coast is famous for fun and what these guys do is just an awesome show for the fans here at Movie World," said Supercheap Auto Racing's Tim Slade.

"Thanks to Castrol we were fortunate enough to be a part of the show today and being a Gold Coaster it's pretty cool to say we were one of the stunt team at Movie World.

"Luckily they didn't ask me to hop on the FMX bike but Rick [Kelly] had a go, the stuff those guys do is just insane!"

With death-defying aerial stunts and extreme precision driving performed by the best stunt crew in the country, Showtime FMX, the action-packed movie making adventure had everyone on the edge of their seats, including Castrol-oiled Nissan Motorsport driver Rick Kelly. 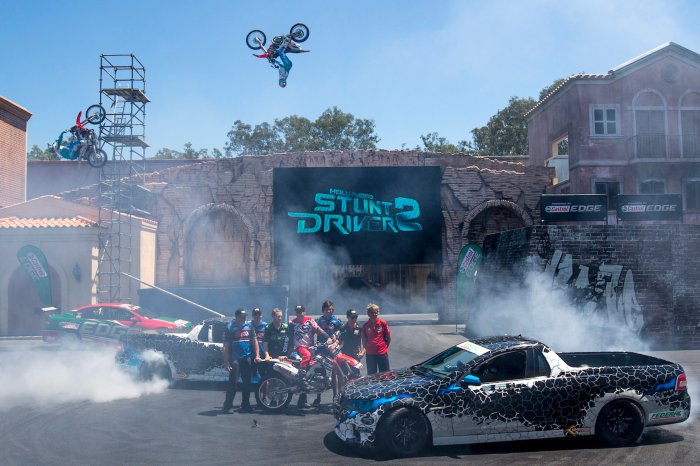 "It was amazing to be part of the Hollywood Stunt Driver 2 show as it makes you really appreciate the different set of skills these guys processes behind the wheel and the handlebars," said Kelly.

"It's been a little while since I've ridden freestyle moto but it didn't take long to get back into the swing of things and impress the crowd at Movie World.

"Although, the regular Showtime FMX rider was getting pretty upset with me hogging the spotlight so I had to hand it back to him for a couple of tricks!

"Big thanks to Castrol and Showtime FMX for letting us be part of such a great show, now it's off to the biggest show in town, the Castrol EDGE Gold Coast 600."

Castrol continues to broaden its investment in motorsport from teams to events to entertainment and the partnership with Showtime FMX is a strong match for the brand.

Castrol is investing into the continued growth of motorsport which has become an iconic part of Castrol's DNA and through new event sponsorships will look forward showcasing the brand at both a national and community level. 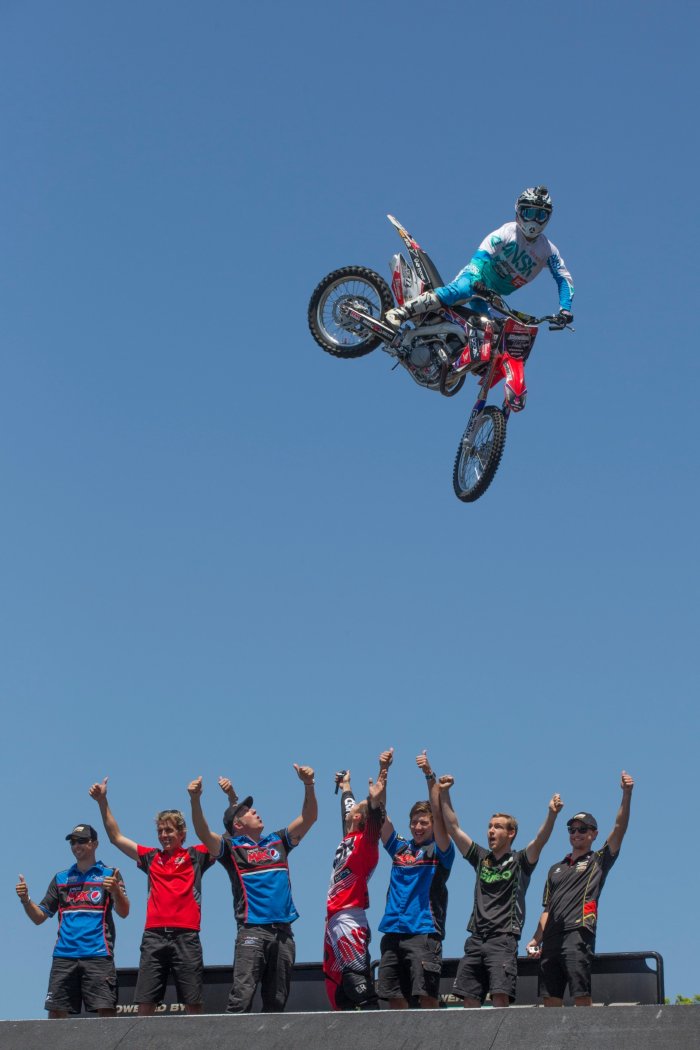