To say James Courtney's win last Sunday was popular is like saying Mount Everest is big. Considering what he has been through since that helicopter hove into view at SMP in August, it's an incredible achievement that he's back in the Holden Racing Team Commodore at all, let alone taking victory in his first event back. Make no mistake, Courtney is still in pain and will be for a long time to come, so his bravery alone is commendable. But he also demonstrated - again - his ability to drive fast and fuel economically. Remember, his first ever win for HRT came at Abu Dhabi in 2011 when he managed to get to the line on fumes.

A special mention to Scott Pye, who also battled on through a rib injury and the other walking wounded, with a few lurgies going around the pits over the weekend.

There can be no doubt about it; PRA had a distinct wobble on the Gold Coast. Mark Winterbottom's disastrous Saturday pit stop was the worst of it, but Sunday's uninspiring pace was also a concern. If you're relatively new to the V8 scene then discussion of the bad old days may not mean anything to you, considering PRA/Ford Performance Racing has been such a powerful and consistent force in recent years. But botched pit stops, battery fires, jammed wheel nuts and so on used to be par for the course. The next championship event at Pukekohe in New Zealand and the team and Winterbottom have done well there, so the opportunity for redemption exists and is no doubt desperately desired. 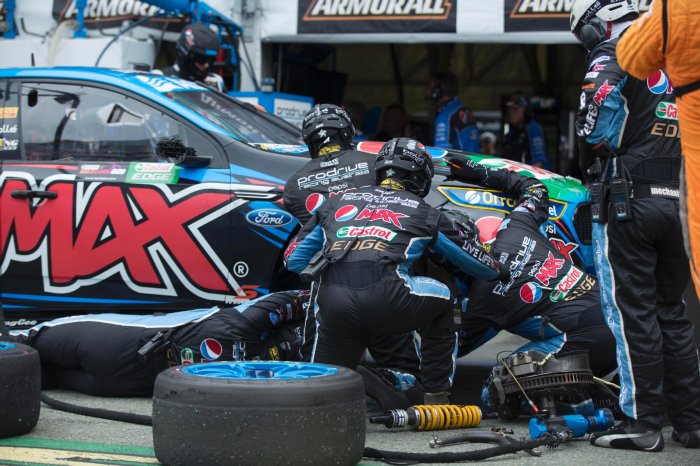 After winning the Wilson Security Sandown 500 Mark Winterbottom had a 423 drivers' championship points lead over Craig Lowndes. In two events the Red Bull racer has reduced that to 258 points thanks to a combination of his own speed (Bathurst and Gold Coast) and PRA's stumbles (Gold Coast). If it keeps dropping at that rate then we will be in for one heck of a finale at Homebush in December. What that gap also means in the short term is that Winterbottom cannot clinch the championship in NZ even if he has a perfect run and Lowndes gets no reward. And while the latter is unlikely, so is Lowndes starring in NZ. Incredibly, he has never won at the historic track. This year would be a good time to start.

4. Jack Perkins is a winner

That Jack Perkins was the co-driver of the #22 just added to the feel-good nature of Sunday on the Gold Coast. Make no mistake, his dad is one of the all-time giants of Australian motorsport, not only for his on-track results but also his engineering and mechanical genius and unique character. He casts a long shadow, one that Jack has worked hard to step out of over the last few years to establish his own career. The full-time caper hasn't worked out for him in V8 Supercars but the gig with HRT is already delivering the competitiveness a back-of-grid drive never could. He is only 29, so there are a lot of chapters left to be written in his motorsport career. 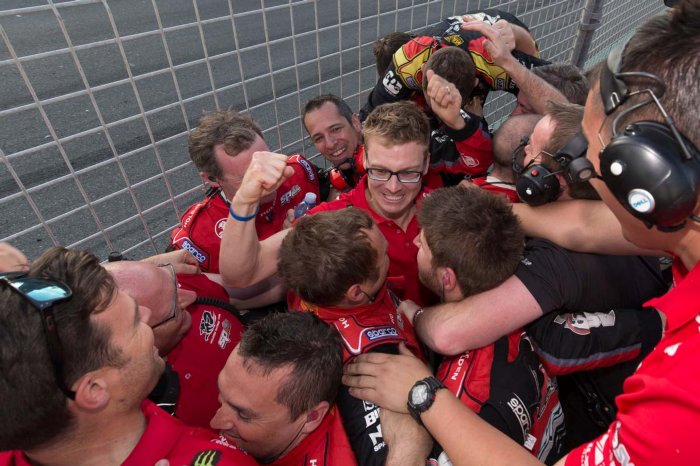 5. The Holden Racing Team is an enigma inside a riddle

The management at Holden's official factory team will readily concede 2015 hasn't delivered everything that had been hoped for. But a win on the Gold Coast, victory in the Pirtek Enduro Cup for Garth Tander and Warren Luff and second in the teams' championship ahead of deadly rivals Triple Eight, means it's certainly looking better than it did a month or two ago. HRT traditionally performs well on the point and squirt GC circuit and we all know longer races reduce the impact of its qualifying weakness and showcase its strategy strength. But next it's back to the SuperSprint format at Pukekohe where HRT hasn't won a race in the two years since the NZ championship event returned from Hamilton. When HRT runs at the front at places like that we'll know it's truly making progress. 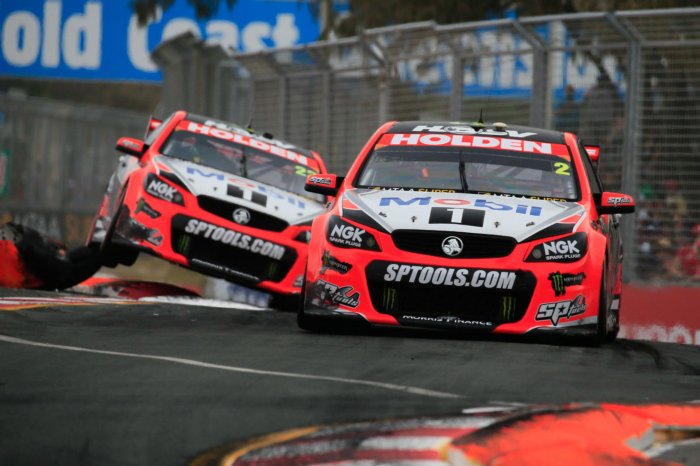 6. Will Davison's future ... but only grudgingly

Rumours that Will Davison was on his way from Erebus to Tekno Autosports had been circulating in the V8 Supercars pitlane since Sandown. When the deal was done and contracts signed about a week before the Gold Coast it took a nano-second for the category jungle drums to start beating the news widely. But despite a stream of speculative (albeit accurate) news stories, all parties elected to shut up shop and not comment, leading to awkward situations such as Davison fending off questions about his future on the telecast. Just hours later on Friday evening (precisely the wrong time to gain media coverage), statements were hurriedly rolled out by both teams confirming what we all knew to be true was, in fact, true. This was big news; Erebus owner Betty Klimenko is loved by the fans, Will Davison is a member of the category's driving elite and Tekno one of the most successful teams. A press conference at 11am on Wednesday morning on the GC would have dealt with the issue, allowed each party to explain their position and been a great pre-promotion for the event.

He has copped his fair share of criticism as a driver over the years, but behind Paul Morris' boofy image is a smart, tactical brain and a fearless attitude (that second bit most people have probably figured out already). That combination makes his pitlane interviews absolutely compulsive viewing. They don't all fire and sometimes Paul ends up doing more of the talking as he explains to team bosses and drivers what they should be doing. But who cares when he delivers gold like that Marcos Ambrose interview on Sunday? He actually managed to break through the artificial veneer the Tasmanian has fronted up to the media with all year and reassure us the real, irascible Marcos is still in there. Vote 1 Paul Morris for the V8 Supercars media award I say.

A record crowd showed up to watch the V8 Supercars do their thing on the rough, kerbed, concrete-ringed Gold Coast street circuit. And you only have to go out and spectate live to understand why. There can be few better places to experience motor racing up close and personal than here. Standing at the fence on the back straight as a freight train of cars roar by no more than two metres away is a violent, confronting and thrilling experience. Move a bit further up to the back straight chicane and the cars are slamming from kerb to kerb, riding high on two wheels. The ferocious commitment required to extract a fast lap is obvious here, but so is the key role played by expert shock absorber tuning as the best cars settle back on to the road in one smooth movement. 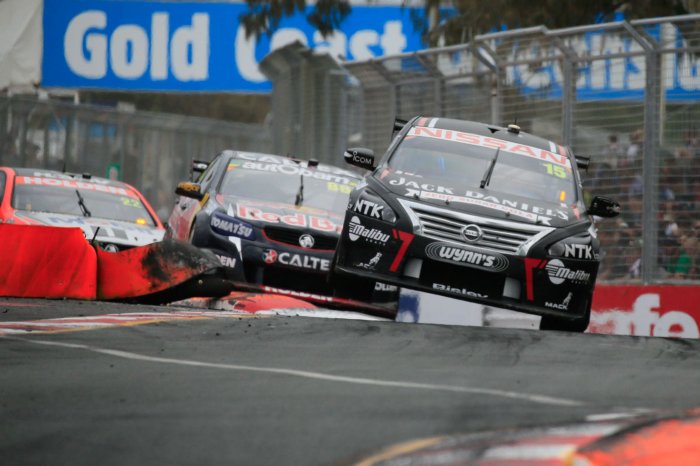 Stay tuned for the next round of V8 Supercars at the ITM 500 Auckland from November 6-8. Click here for details.