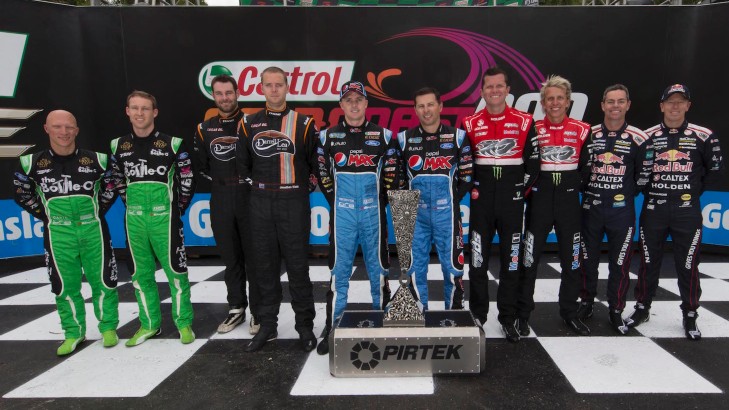 Mark Winterbottom and Steve Owen have a 78-point lead heading into the Castrol Gold Coast 600, but there are others queuing up for the Pirtek Enduro Cup this weekend.

A championship within a championship, the Enduro Cup rewards the most consistent achievers over three of the year's most challenging V8 Supercars events.

The long-distance races - which require two drivers to race each car throughout the days - are made up of the Wilson Security Sandown 500, Supercheap Auto Bathurst 1000 and this weekend's Castrol Gold Coast 600.

Ford Falcon FG X driver Winterbottom is in the box seat for the V8 Supercars Championship this year and could cross a big win off the list by taking the Pirtek Enduro Cup to Ford for the first time.

The Championship leader and 2013 Bathurst winner said it was impossible to pick a favourite heading into this weekend.

"Anyone can win this race - we've got co-drivers, different tyre strategies, lots of different things that can come into play - anyone can win it. It's probably the most open event that we come to and you just can't pick a winner," Winterbottom said.

"We love coming back here, it's one of the toughest events, but it's also one of the most rewarding.

"When you get one of those surfboards, it's a really cool trophy, but also you know how hard you've worked for it. Massive rewards, but it can punish you just as quickly."

Garth Tander's signature driving style was on show in the closing stages of Bathurst as he powered up the field and found the podium in his Holden Racing Team Commodore.

Tander could be on for a top three Championship finish this season, and the valuable points earned would be a much-needed boost.

"Every race you go to you go to win - but plenty of confidence after fourth at Sandown, third at Bathurst, strong cars and second in the endurance cup at the moment," Tander said.

"So we'll try and steal the Pirtek Enduro Cup off Frosty - looks like he's going to steal the drivers championship so we don't want him to win everything!

"I'm only 200 points off second in the drivers championship as well, so a solid run this weekend and strong finish to the year we can hopefully get ourselves back in the top three of the championship too." 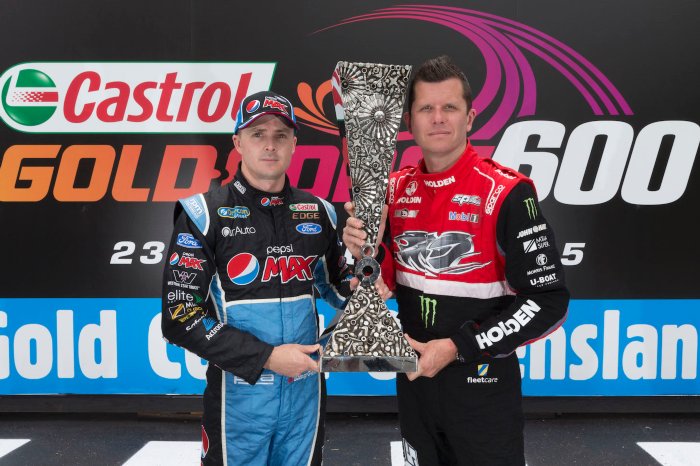 It has been a big fortnight for Supercheap Auto Bathurst 1000 winner Craig Lowndes, but he is looking forward to getting behind the wheel for the final time with Steven Richards this year and tackling what is a very different circuit to the last.

"It's great to be back and it's been a bit of a whirlwind since Bathurst," Lowndes said.

"This is a very different style of circuit to Bathurst, where it's very fast and flowing. The Gold Coast streets are very narrow, obviously very tight."

For the co-drivers, the Pirtek Enduro Cup is their own little Championship for the year.

"It's the co-driver's Championship effectively, so even though we're both a part of it, it's the one thing the co-drivers aspire to win," leading co-driver Owen said.

"Looking good so far, if I can win that it'll help Frosty's championship a huge amount and with three rounds to go he'll be looking pretty good, so it's a big aim for us." 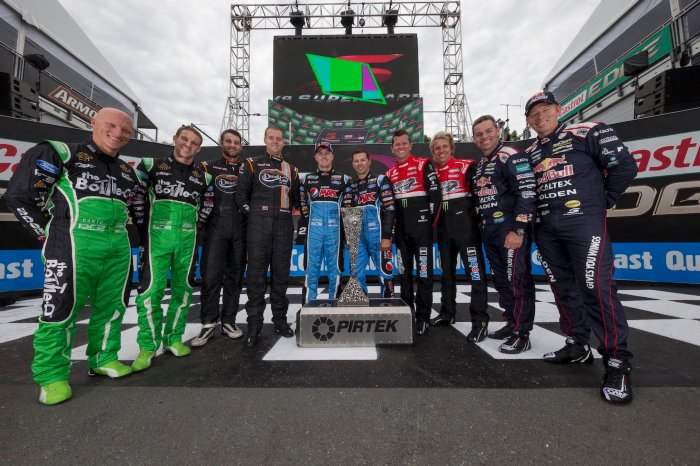 Red Bull Racing has claimed the Enduro Cup for its first two years, with Craig Lowndes and Warren Luff, then Jamie Whincup and Paul Dumbrell coming out on top in 2013 and '14 respectively.

This year, Lowndes is fourth in the points, behind his 2016 teammate Shane van Gisbergen and team boss Jonathon Webb.

2015 Bathurst pole sitter David Reynolds and his co-driver Dean Canto - who won at the Gold Coast in 2013 - sits fifth.

The highest placed Volvo is Scott McLaughlin and Alex Premat in ninth, the first Nissan Michael Caruso and Dean Fiore in 11th, and the best placed Erebus Mercedes brothers Will and Alex Davison in 18th.