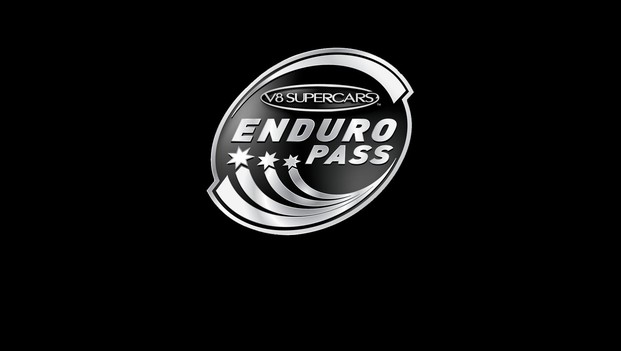 The V8 Supercars Season of Endurance kicks off in Victoria with theSandown 500 – and this year fans will get a whole lot more endurance action withthe inaugural Enduro Cup.

For the first time the Sandown 500, Supercheap Auto Bathurst 1000 andthe ARMOR ALL Gold Coast 600 will culminate to crown the ultimate endurance driverwith the prestigious Enduro Cup.

The historic Sandown 500 will be the curtain raiser to the Enduro Cup andfans now have the opportunity to be trackside for every moment of the action,with the new Enduro Pass.

Fans who purchase the Enduro Pass will have access to all threeendurance events with a saving of 30 per cent off full retail prices. TheEnduro Pass also includes a limited edition Enduro Pass hard card and lanyard.

V8 Supercars Director of Promoted Events Mark Perry said it was afantastic opportunity for fans to experience all the endurance action up close.

“The Season of Endurance is a great time in the V8 SupercarsChampionship and has now become more prestigious than ever with the new EnduroCup,” said Mr Perry.

“The Enduro Cup will be decided at the ARMOR ALL Gold Coast 600 aninfamously unforgiving street circuit, but drivers will first take on thehistoric Sandown 500 and the legendary Supercheap Auto Bathurst 1000 – it isgoing to be an unforgettable time of racing.

“The Enduro Cup is adding that extra element of competitiveness and thedrivers and teams are sure to rival over the title.”

The Enduro Pass went on sale earlier this week through Ticketek along withtickets to the Sandown 500 and the ARMOR ALL Gold Coast 600.

The Sandown 500 will kick off the Season of Endurance, September 13-15, with 56 V8 Supercar drivers coming together to tackle the first endurancerace in the next generation V8 Supercars.

The Sandown 500 hosts a packedschedule of V8 Supercars and support category action on track, first classfacilities, and the new Disney Pixar’s Fun Zone. This entertainment fuelledweekend is just 30 minutes from Melbourne’s CBD.

Purchase the Enduro Pass or trackside pass to theSandown 500 via Ticketek.

13/06/2013
Related Content
2013 Wilson Security Sandown 500  ›
2013 Supercheap Auto Bathurst 1000  ›
2013 Armor All Gold Coast 600  ›
Stay In The Know
Sign up to the Virgin Australia Supercars Championship Newsletter
We use cookies to ensure that we give you the best experience on our website. If you continue to use this site we will assume that you are happy with it.Ok