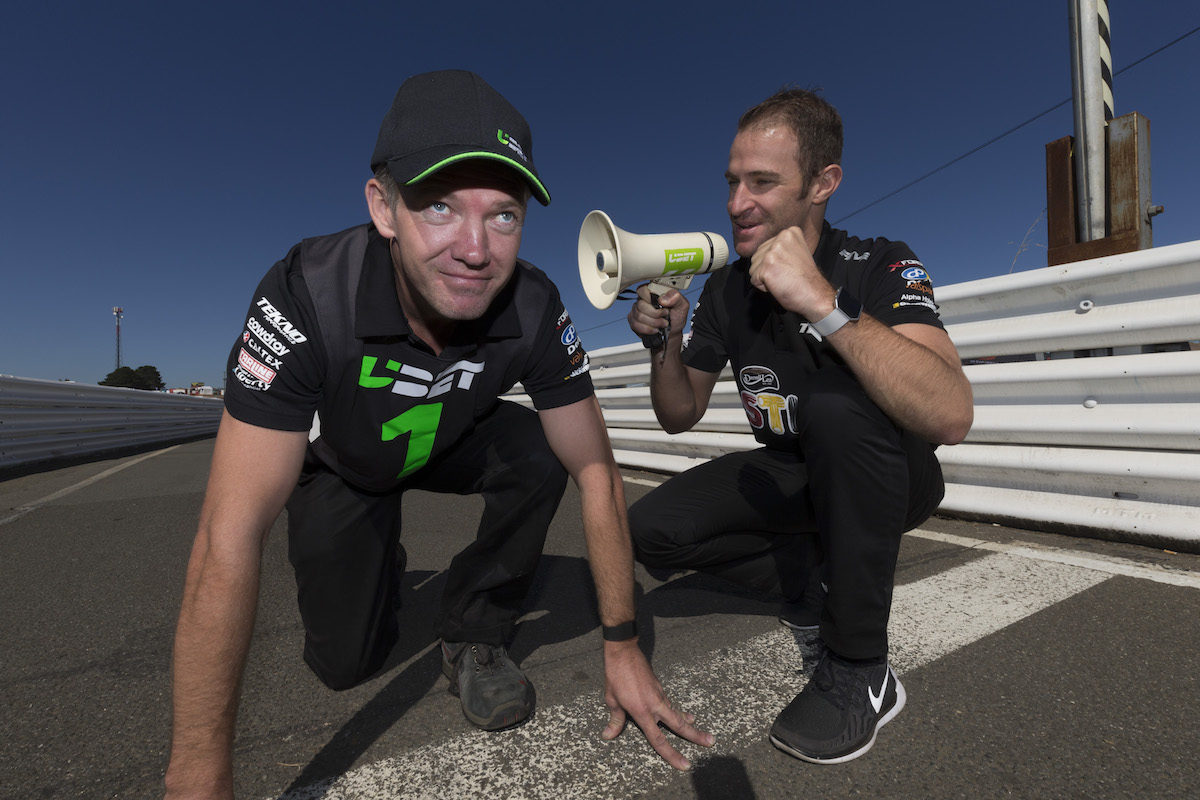 Teams will do battle tomorrow morning for victory in the first race of the Tyrepower Tasmania SuperSprint – but it won’t be behind the wheel of a V8 Supercar.

Most teams have nominated a member to contest the UBET Charity Sprint – a 100-metre run down pit straight, with a $5000 prize donated to their specified charity.

“Being part of BJR gives you a better understanding of the influence JR had on this industry,” Blanchard said of the driver who sadly passed away in 2011 battling a rare form of cancer.

“I wasn’t racing V8s when he was … but you can see by the influence he had on BJR what a figure he was in pit lane.

“Hopefully I can get out and win tomorrow in the run and help out JR’s family.”

A long time member of BJR, Edwards stressed he is not a regular runner, but was inspired to have a shot at the prize for the Richards family.

“It’s good to be involved and it sounds like a bit of fun for a good cause, so I put my hand up,” Edwards said.

“Obviously JR is a big part of our family and we have a big emotional attachment to him, so it would mean a lot.

“Whether my little skinny legs are going to carry it over the line, I can’t say!”

“A lot of the guys up and down pit lane are fit, not just the drivers,” Blanchard warned.

Stay tuned to the V8 Supercars coverage this weekend for the UBET Charity Sprint.