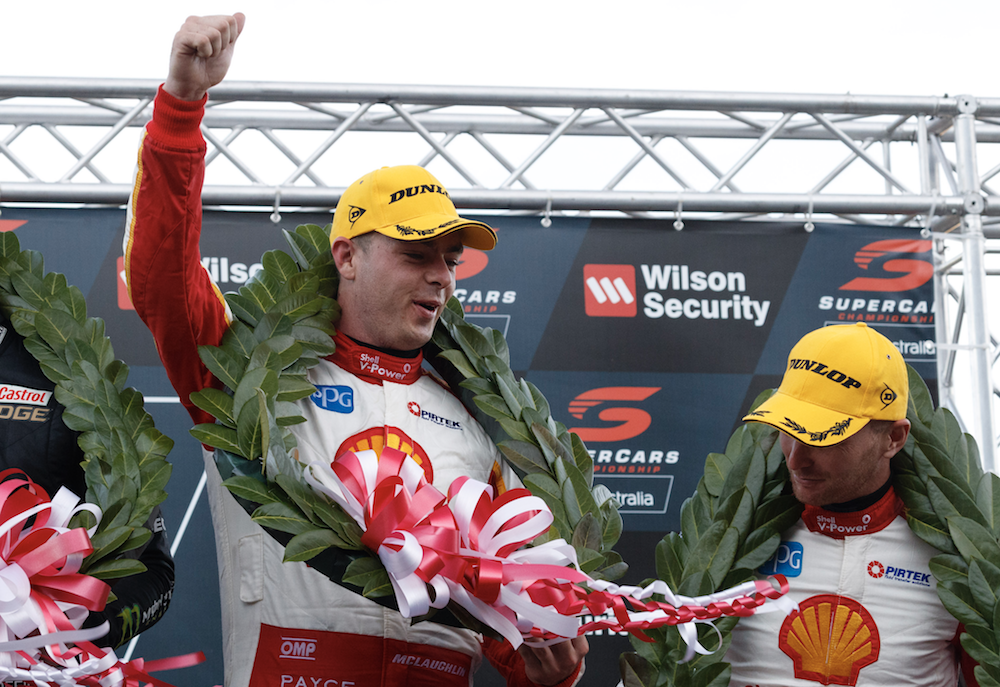 Scott McLaughlin concedes his restrained pursuit of Wilson Security Sandown 500 winner Cameron Waters was due to being “worried” about tyres, after the rival Red Bull HRT suffered a pair of failures.

The championship leader finished second in the first leg of the PIRTEK Enduro Cup, following Waters for 70 laps from the point they took over their respective Falcons.

While McLaughlin closed right in on Waters late in their penultimate stints, the Prodrive racer made his final stop one lap earlier and rebuilt an advantage of around three seconds.

McLaughlin closed to cross the line 0.67s behind Waters, but admitted he took a conservative approach after Jamie Whincup and Shane van Gisbergen’s Commodores were delayed by punctures.

Whincup and Paul Dumbrell regrouped to finish sixth, but it was enough for McLaughlin’s championship lead to grow from 12 points to 84.

“We were worried about the tyre,” McLaughlin said.

“We had a few marks on the tyres after my first stint. I was relaxing there a little bit and had a go at the end but [Waters] was driving amazingly well, hitting his marks and doing everything right.

“It was our main goal this weekend to try to beat our championship contenders and, if we could, win the race.

“We couldn’t do that today, the best thing for us was to finish second and ahead of everyone else.

“It’s almost a win for me, a nice warm-up for Bathurst and hopefully we come back stronger at the 1000.”

Waters won the race following a push from Prodrive to introduce new engine parts for Sandown.

McLaughlin said the weekend showed there were areas for his Shell V-Power Racing team and engineer Ludo Lacroix to focus on.

“They have definitely upgraded their package, you can really tell that,” he said of PRA’s engine power. “But we were pretty on par with all that sort of stuff.

“There’s always stuff in the pipeline, I’m not sure what the crazy Frenchman’s got going on but he’ll sort it out.

“We definitely lacked in a few areas this weekend that we need to work on. It wasn’t bad, it was still a second-placed car.

“We definitely need to continue to improve, like all of these other teams will as well.”

McLaughlin’s team-mate Fabian Coulthard finished fifth, passed on the last lap by Garth Tander, and remains third in the standings, 161 points in arrears.