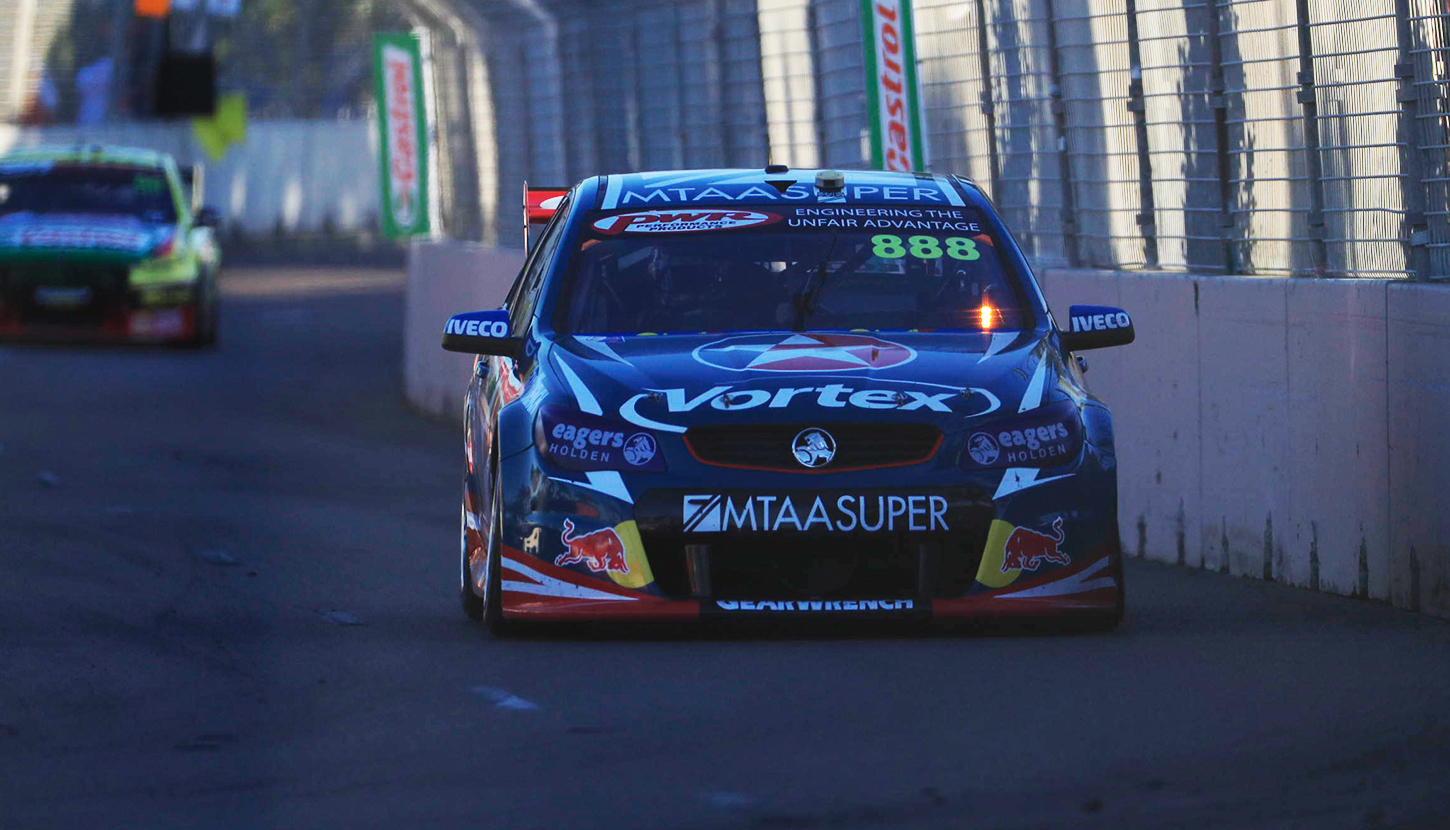 Craig Lowndes believes the team will review its pit stop procedures after the wrong rear tyres went on his TeamVortex Commodore during yesterday’s race in Townsville.

Lowndes ran sixth for most of the race after qualifying second, but plummeted down the order after his second stop.

Engineer Ludo Lacroix elected to bring Lowndes in again for a third pit stop, which meant he could recover to 11th in good circumstances. But Lowndes says his team will need to look closely at procedures in the garage after an issue with the fuel rig affected him yesterday and he was sent out early for today’s ARMOR ALL Top 10 Shootout.

“They were good fronts on and mixed rears on the back, so, yeah, a bit disappointing,” Lowndes told supercars.com after the race.

“I actually didn’t know at the time what was going on, I was just driving around – but to most people it was pretty evident we didn’t have any rear tyre life, and it sort of comes down to the wrong rears being on.

“It is disappointing – we got out of jail a little bit with that safety car because we obviously could get into the pits, put some good rears on and then blaze back through the field like six or seven other cars, so we were very lucky in the end.”

Engineer Ludo Lacroix made the call to bring Lowndes on but at that stage was not aware of the mix-up with the tyres.

“I only got told right at the end of the race, they didn’t tell me during the race anything was wrong,” Lowndes said.

“I wasn’t sure what was going on, whether it was my driving, mechanical issue or something but thankfully we now know it was the wrong rear tyres.”

Triple Eight is always improving its procedures and Lowndes is sure the team will debrief thoroughly and put measures in place to ensure it doesn’t happen again.

He qualified second, was disappointed to have lost positions off the start, but had no doubt the car could perform at what continues to be a bogey track for Lowndes.

“We were definitely on for a shot,” he said.

“We’ll learn from our mistakes – we made other mistakes, not just that today. We had our fuel issues yesterday, we have to make sure we sit down and have a good debrief after the weekend.

“This is obviously a round we never do well at but saying that, I think we put ourselves in a good showing to be on the podium and it just slipped away again.”

While Lowndes shares his pit garage with Will Davison and TEKNO, processes are identical to those at Red Bull Racing Australia next door.

“We’ll work hard collectively and make sure we don’t make those same mistakes again," he said.

“We’ll put a process in to make sure – the procedures we were using weren’t good enough. So we’ll change that up and whatever we find affects the Red Bull side as well.

“We’ll make sure across the board we’re much more fluent and better with what we’re doing.”

The drivers ahead of Lowndes in the Championship all finished at the front of the field, with Shane van Gisbergen winning, Mark Winterbottom third, Jamie Whincup fourth and Scott McLaughlin fifth.
Lowndes sits fifth in the points, 153 away from leader Whincup.