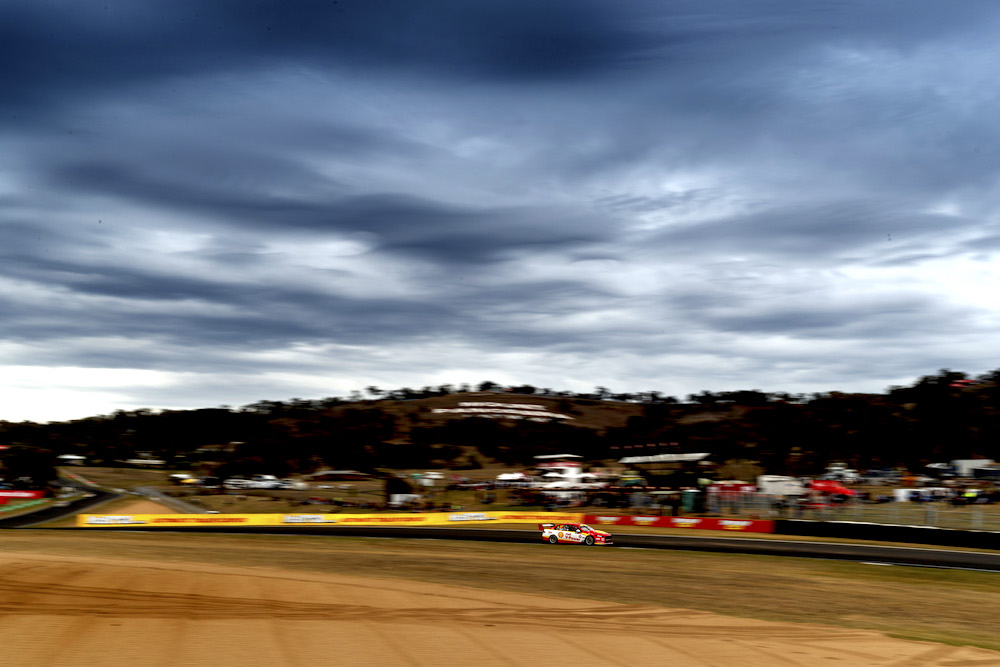 Forecasts of rain for Mount Panorama today have prompted Supercars to increase the wet tyre allocation for the Great Race.

Supercars undertook an audit of wet tyres at the circuit on Saturday, confirming that each team has at least one set of wets in its practice stock.

It has subsequently increased the allocation of wet tyres from six sets to seven, permitting teams to add a practice set to the six sets provided by Dunlop for the weekend.

The move has been made to provide flexibility for teams when managing tyres if it is to rain for the entire race, which has a minimum requirement of seven pitstops.

Rain is being touted as a 90 percent chance for Bathurst today, with predictions late on Saturday improving slightly from 10-20mm to 5-10mm.

The weather threatens to throw out the form guide for the event that has emerged over the three preliminary days of running.

Polesitter Scott McLaughlin’s co-driver Alex Premat is among those wary of the weather, with a potential Bathurst victory and the Kiwi’s championship bid both on the line.

David Reynolds, who qualified the Erebus Holden that he will share with Luke Youlden in second place, is hoping to make the most of a potentially chaotic race.

“We’ll just take it lap by lap and aim to be on the right tyre at the right time,” he said.

“We’re in a good position because I’m not racing for a championship, I have nothing to lose, so tomorrow I will be giving it everything.”

Among those that could benefit from rain is Nissan Motorsport, whose lead entry will start just 12th.

Manager Scott Sinclair says his squad is braced for a day of thinking on the fly.

“If it becomes wet, then we just have to stay on our toes and react to the changing conditions,” he said.

“You’d like to put strategies in place to deal with every scenario, but the reality is with rain, you simply can’t. You can’t predict how much rain there will be.

“Quite often you get caught out on a drying track, but you need to make a fuel window. There are all those things that you can’t plan and have to do on the fly."

Teams will have a 20 minute warm-up session from 8:05am local time before the race commences at 11:10am.