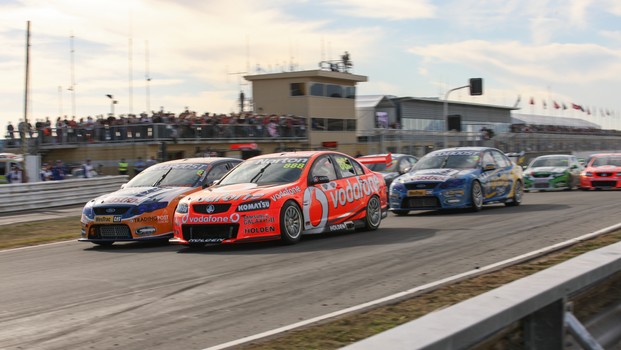 Patrons purchasing a general admission ticket before Christmas Eve (December 24), will be able to bring a friend along for free to the event.

The Tasmania Challenge will be the second V8 Supercars Championship event next year and will be held on April 5-7.

The event will be the first to see the debut of the new ‘60/60’ race format recently announced by V8 Supercars.

Drivers will compete in a 60-kilometre sprint on Saturday afternoon before a 15-minute break and then line up with a rolling start for the second 60-kilometre sprint that will determine the opening race’s finishing positions and the championship points that go with them.

Sunday’s action will see a pair of 15-minute qualifying sessions to determine the grids for the pair of 120-kilometre races to be held that afternoon to complete the Tasmania Challenge.

The race victories at last year’s event were shared between Will Davison and eventual V8 Supercar Champion Jamie Whincup, who clinched a record eighth race win at the historic 2.4-kilometre circuit on the Sunday.

Tickets for the 2013 Tasmania Challenge can be purchased at www.ticketek.com.au

13/12/2012
Stay In The Know
Sign up to the Virgin Australia Supercars Championship Newsletter
We use cookies to ensure that we give you the best experience on our website. If you continue to use this site we will assume that you are happy with it.Ok