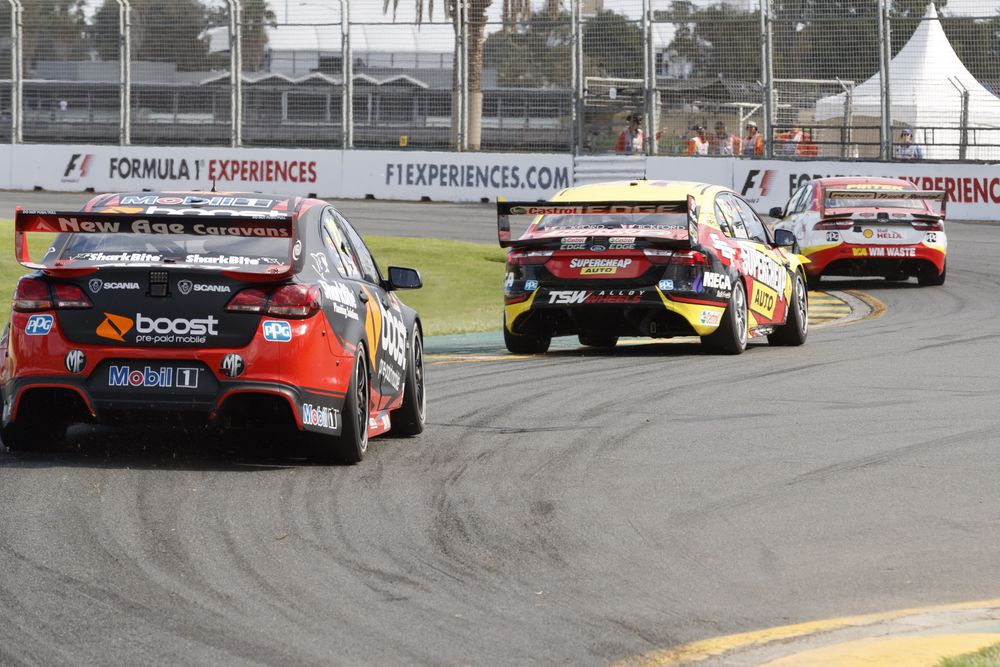 A pair of twilight races headline the maiden format for Virgin Australia Supercars Championship races at the Australian Grand Prix next month.

Supercars will race for points at Albert Park for the first time on March 22-25, with the Larry Perkins Trophy on the line across the four-race Coates Hire Supercars Melbourne 400.

The provisional track schedule for the Formula 1 season opener has been released, including twilight Supercars races on the Friday and Saturday evenings.

With Supercars’ track time almost doubling, the pair of 25-lap, 132km races with a compulsory pitstop for tyres and fuel are accompanied by 13-lap, 69km sprint races on Saturday and Sunday afternoons.

“The twilight timeslot works well for our television audience as well as fans at the track, who will get to see our first points races at Albert Park in perfect conditions,” Acting Supercars CEO Shane Howard said.

“To participate fully as a round of our championship in Melbourne with 400km of racing across three days which includes pitstops, is a huge win for our fans, teams and our drivers.

“It is an honour to be alongside Formula 1 at Albert Park and as an official support category to the world’s premiere form of motorsport.”

After practice and four, quick-fire qualifying sessions lasting just 10 minutes each across Thursday and Friday afternoon, the inaugural Supercars race for points starts at 5:50pm on Friday after Formula 1 practice.

A pair of races on Saturday get underway at 12:40pm and 5:50pm, with Sunday’s finale from 1:45pm the last on-track action before the Australian Formula 1 Grand Prix.