The Calder Park round of the 1999 Supercars Championship is usually remembered for one very spectacular reason.

A multi-car crash at the start of Race 2 sent Craig Lowndes' Holden rolling down the front straight and over a concrete barrier.

It destroyed a two-rounds-old Holden Racing Team Commodore and left the reigning series champion with a knee injury that forced him to miss the next event in Tasmania.

The Supercars legend's terrifying shunt overshadowed a few other significant happenings that weekend, now 20 years ago. 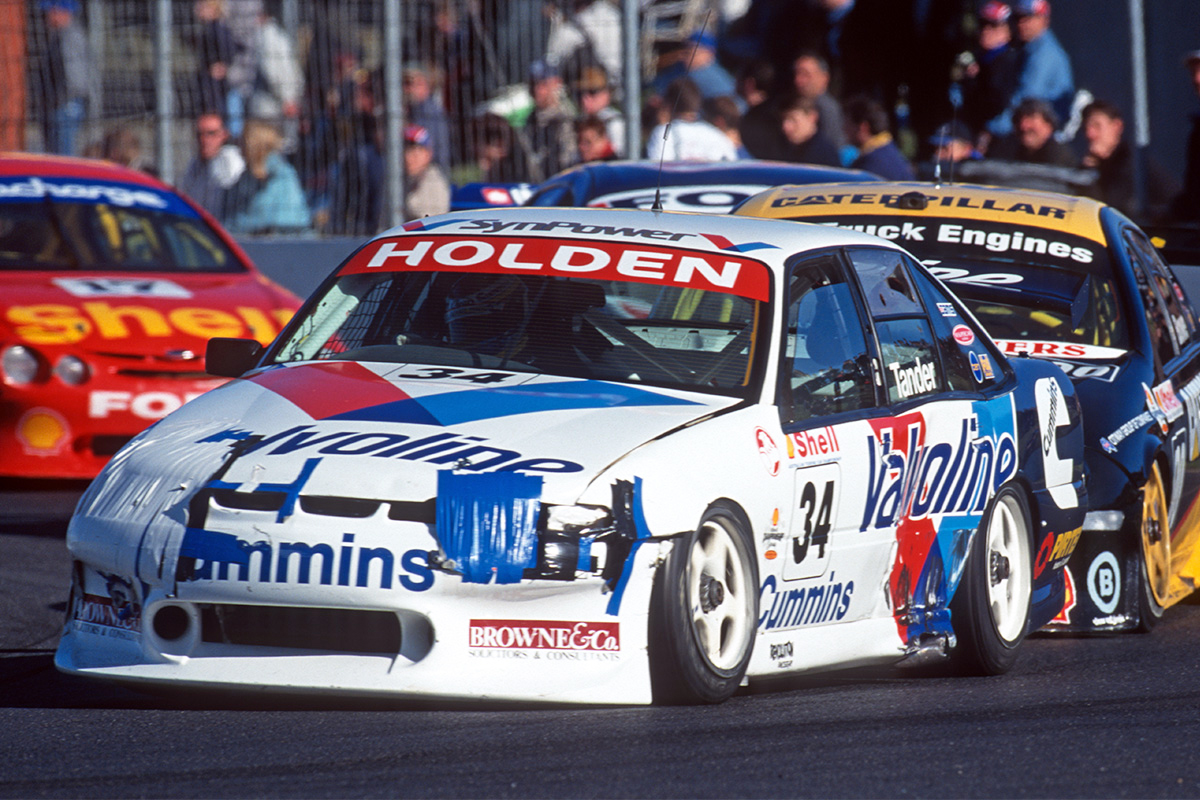 The first race win for a future champion...

He already had a round win to his name, but Race 3 at Calder Park marked the first championship race victory for Garth Tander.

The future 2007 Supercars Champion was in the middle of his first full season with Garry Rogers Motorsport, and won the inaugural Queensland Raceway round a fortnight prior, but did so without claiming a win in any of the heats.

He checked that box in the final 21-lap sprint at Calder Park, taking the chequered flag just ahead of Calder round-winner Mark Skaife. 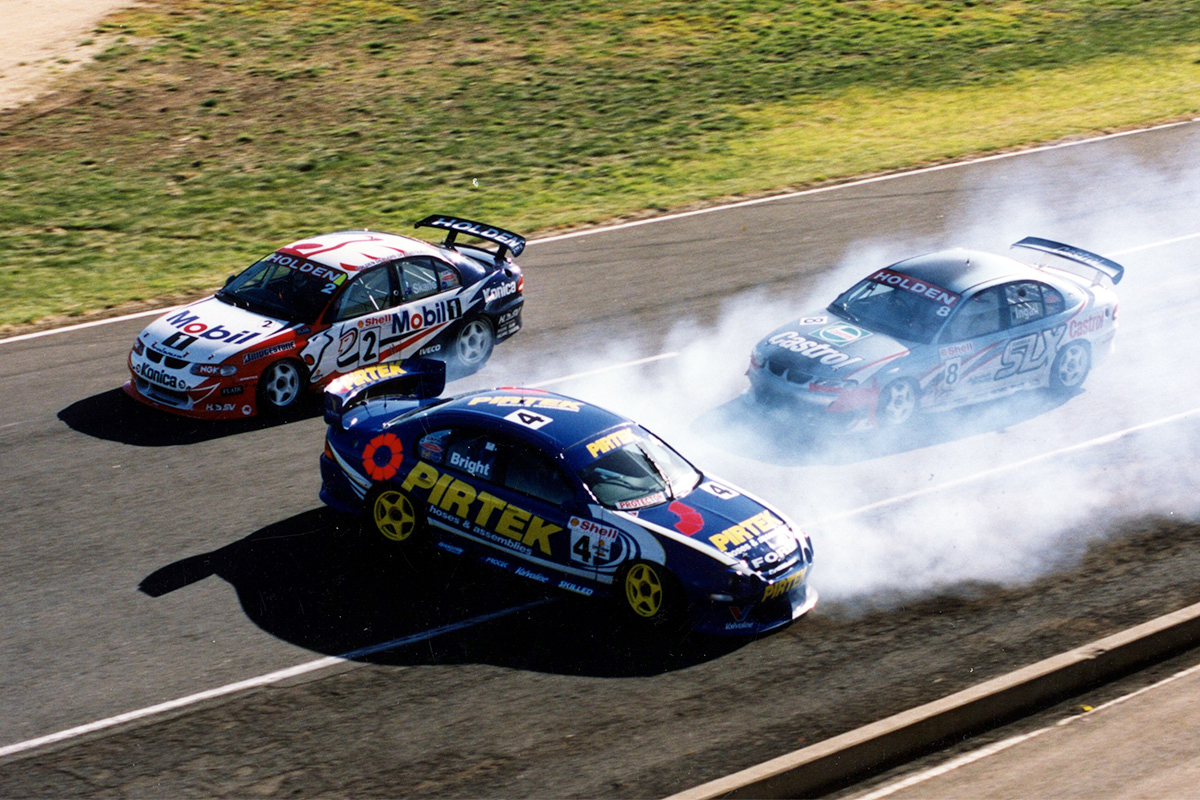 The shunt that made a star driver’s mind up to leave V8s...

Up to Calder, Jason Bright had been the only Ford driver to win a round of the 1999 season, at Hidden Valley.

Escaping the carnage from the initial start unscathed, Bright made a fast jump from the second row on the restart to nose ahead of Skaife and Russell Ingall down the long drag to Turn 1.

As the trio reached the braking area, contact between them pitched Bright sideways into the concrete wall.

Although the incident mirrored the three-way collision that sent Lowndes rolling, the lack of action taken in the aftermath left Bright fuming.

"I was actually more concerned that the officials didn't do anything about it," Bright told SPEED's V8 Classics in 2014.

"I felt as though I was far enough in front that that shouldn't have happened.

"That was the day that I decided to go back to America and have a crack at Indy Lights." 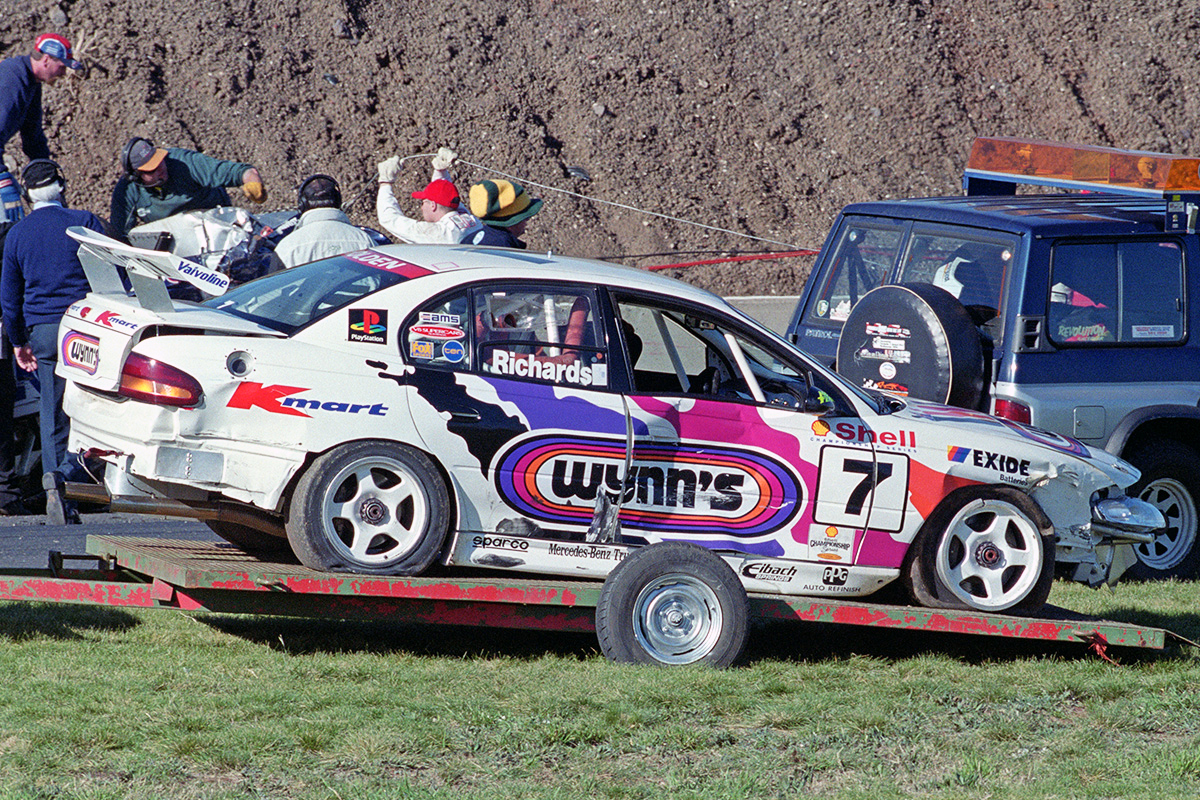 Lowndes wasn't the only one who missed the Race 2 restart...

The polesitting #1 Mobil Holden Racing Team Commodore was, naturally, out of action when the field reformed for the restart.

But there were a couple of other high-profile names missing from the grid for the full restart of Race 2.

Steven Richards had made a lightning start from eighth, putting him in the thick of the collisions that sent Lowndes rolling.

The damage to the #7 Wynn's Holden put it out for the remainder of the day.

Neil Crompton was the other driver sidelined, the #6 Ford Tickford Racing Falcon hit by Tander amid the carnage.

Several cars made it to the grid with hasty repairs – Garry Rogers' belt was used as part of GRM's patch-up work to hold the drivers' side door of Tander's car closed!

The vacancies left by Lowndes, Crompton and Richards had a big impact at the other end of the grid. 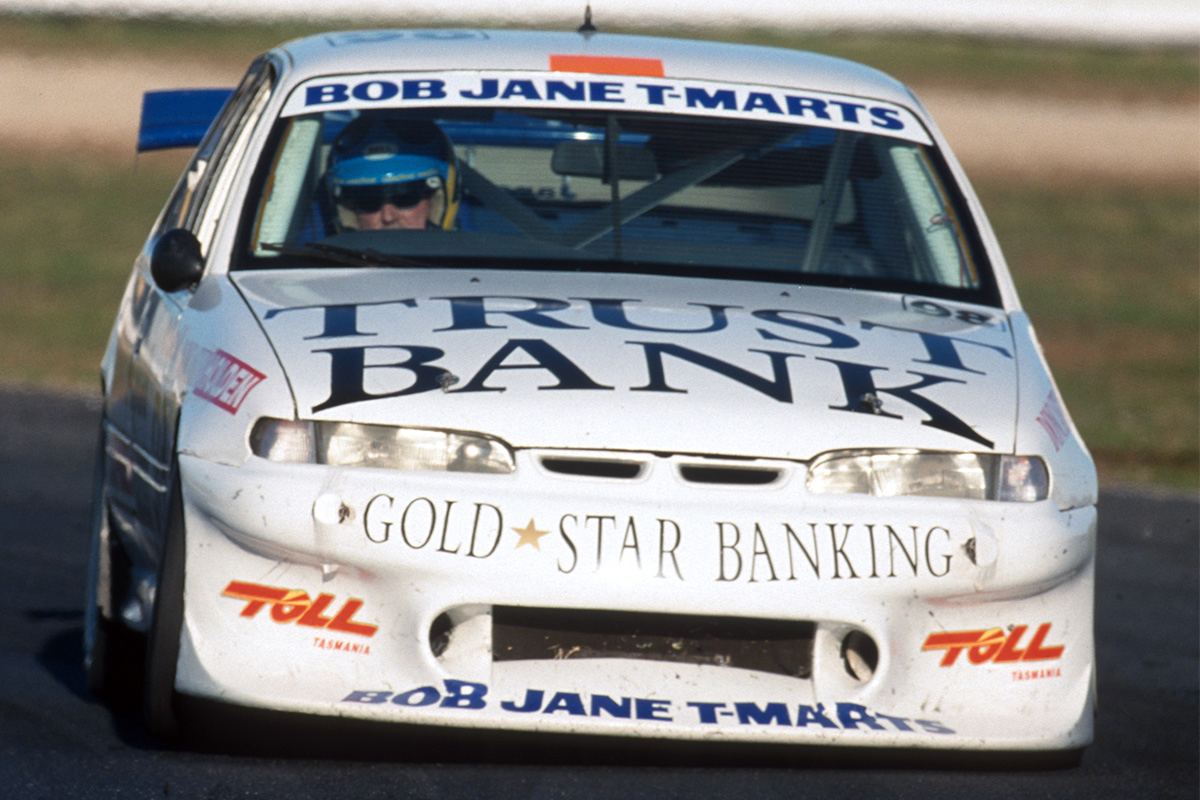 A NASCAR and Utes champ's only Supercars start...

Three non-qualifiers were elevated to the grid for the Race 2 restart, including the only round start for a champion of other forms of V8-powered racing.

Multiple Australian NASCAR champion Kim Jane missed the cut for the 32-car grid, but was added to the back of the field for Race 2 along with fellow non-qualifiers Mike Imrie and Bob Thorn.

The two sprints were Jane's sole Supercars Championship appearances, the nephew of the late Bob Jane going on to become a leading light in V8 Utes, claiming its last title in 2017.

Bright's crash in the Race 2 restart put the Pirtek Ford out for the remainder of the day, elevating another non-qualifier into the field for the final. 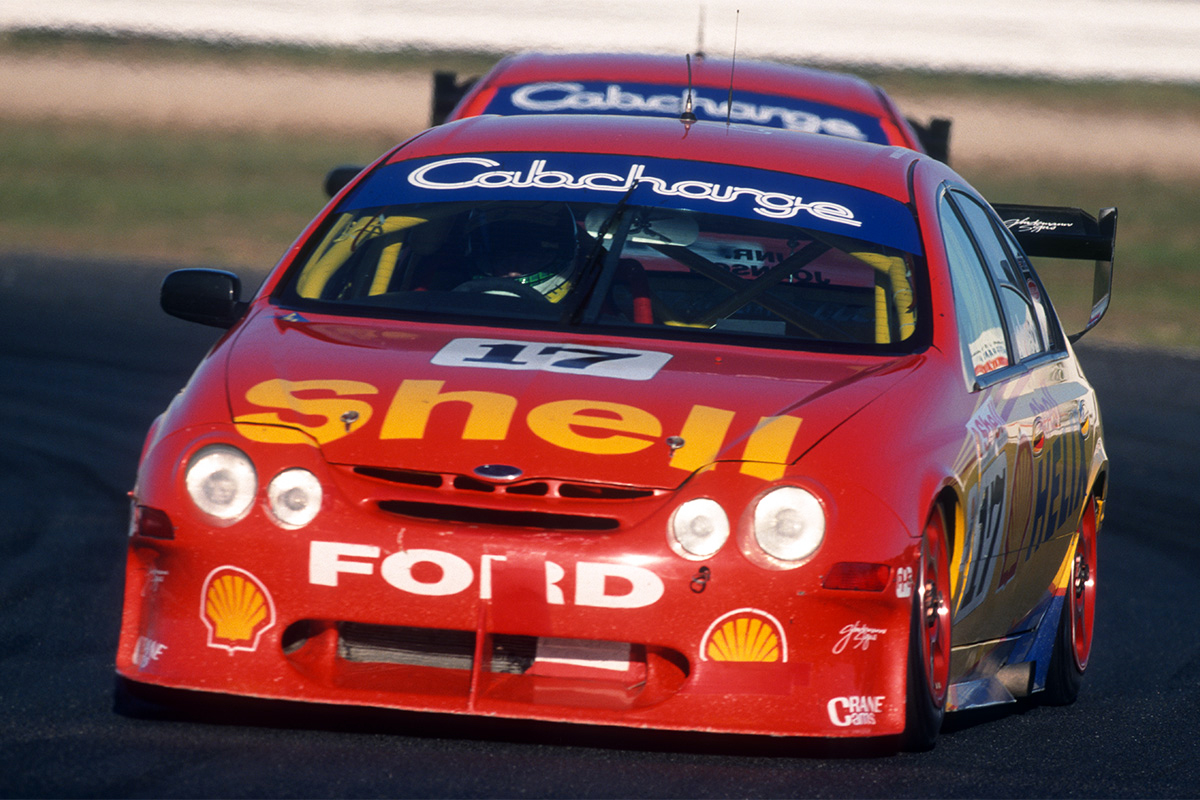 A different Johnson aboard the #17 Ford...

Dick Johnson flagged ahead of the start of the season that 1999 was going to be his final year of driving in Supercars, the veteran farewelling legions of fans from the cockpit at every venue on the calendar.

A recurrence of the sinus problems that plagued the final years of his career flared up prior to the Calder race weekend, Johnson undergoing more surgery to try and cure the issue.

Son Steven served as Dick's substitute for the Calder weekend and made his first championship race start aboard the team's famous #17 Ford.

'Junior' Johnson finished all three races inside the top 10 and secured fifth place overall for the round. 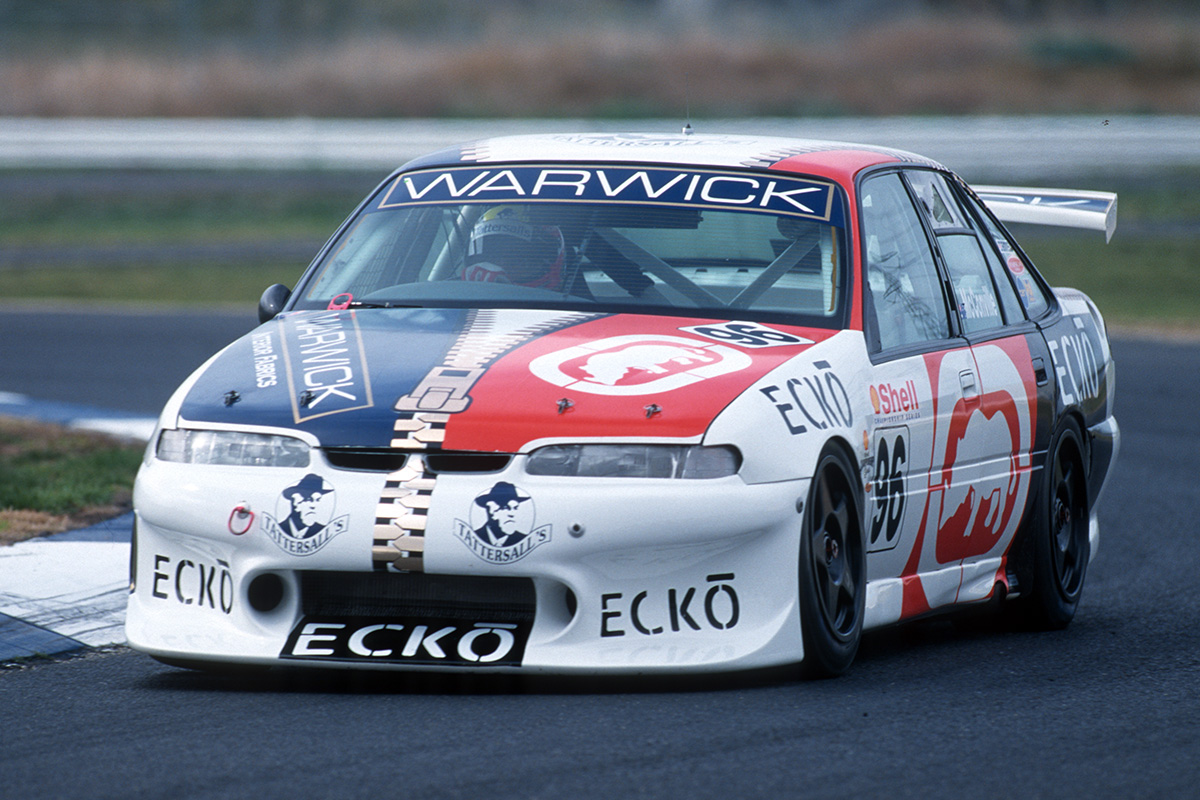 While Lowndes' title challenge had been dealt a significant blow, his Queensland Raceway and Bathurst co-driver reminded the Supercars fraternity of his ability.

Calder marked the third and final round for Cameron McConville aboard a second John Faulkner Racing Holden; his maiden championship starts having first raced a Supercar with Dick Johnson Racing in the 1993 enduros.

The program was a move to get him race miles in a Supercar ahead of partnering Lowndes at HRT for the 1999 enduros, which counted as points-paying races for the first time in the modern era.

McConville raced in the top 10 across the three sprints at Calder and claimed sixth overall for the round – one spot ahead of Faulkner. 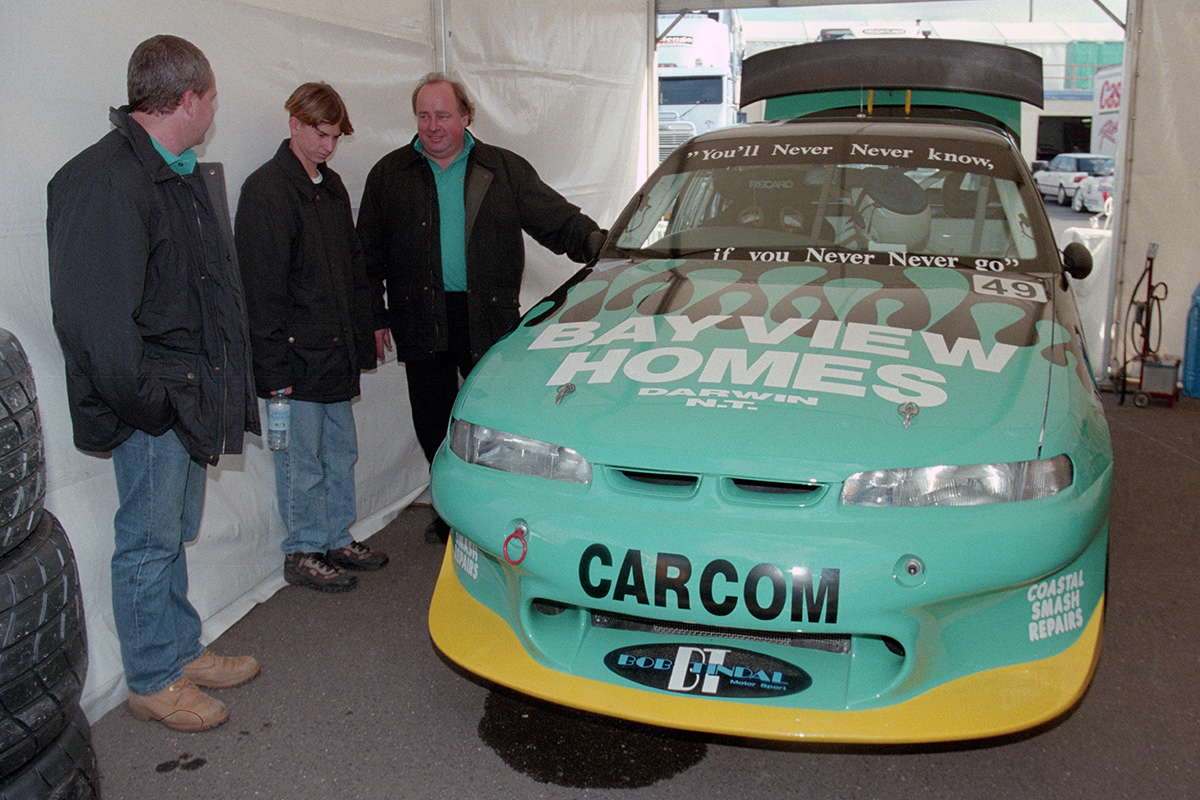 Layton Crambrook made his championship debut at Calder, just the fourth 17-year-old to start a championship race and the first time a driver under the age of 18 took part in a race in the Supercars era.

As the Darwin product told Saturday Sleuthing last year, he had already been racing HQ Holdens at Hidden Valley from the age of 14.

"We were racing a HQ at the Supercars event in Darwin and we spoke to a good friend of ours Wayne Russell, who we knew through speedway, about where we go," Crambrook recalled.

"Obviously, Supercars is what everyone dreams of racing in, and he knew about a car that Bob Tindal had for sale.

"Everything really kicked-off from that conversation; we made some phone calls and moved forward from there."

Crambrook took sixth place in the Privateer's Dash and 18th overall for the round, the first of 10 appearances in the Supercars Championship between 1999 and 2001.

At 17 years and 359 days old on race day at Calder, Crambrook remains one of the youngest drivers in Supercars Championship history.