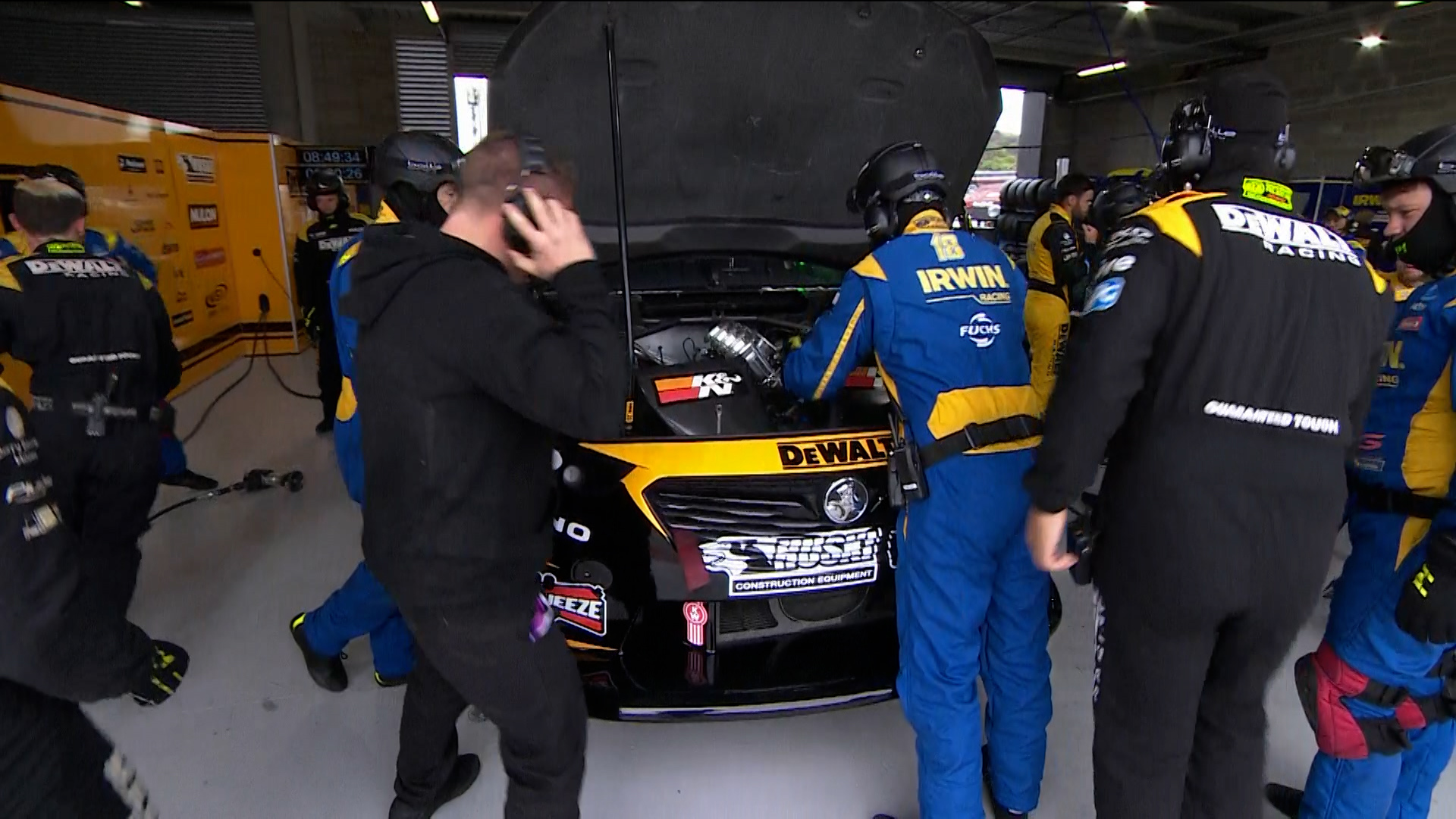 Team 18 and Tickford Racing both struck trouble in a dramatic 20-minute warm-up session on Sunday morning at the Supercheap Auto Bathurst 1000.

The warm-up provides teams the opportunity to perform final checks, including practice pitstops, before the 161-lap Great Race kicks off at 11:00am local time.

Despite overnight rain, the track was dry for the session, but that didn’t mean it ran trouble-free.

Team 18 is diagnosing an engine issue in the #20 DEWALT Racing entry of Scott Pye/Dean Fiore, after Fiore stopped the car on the outlap with an alarm on.

“We just rolled out to road some wets and as I was going up Mountain Straight, I looked down at the dash and there was an alarm light,” explained Fiore.

“Then the next signal was ‘engine-off’, so I switched it off and chatted to the lads and that was it.”

While the team had initially appeared set to change the engine, Pye is hopeful that won’t be necessary.

“I don’t think it’s an engine change, it sounds like it’s a sensor failure and they just have to change the adapter on the sensor,” he said.

“If there was a real serious drama I suspect there’ll be some oil on the track, but Deano didn’t report that when they pulled him backwards.

“We’re hoping it’s just a simple fix. Unfortunately though with the recovery time we didn’t manage to get a lap in.”

Fiore’s issue triggered a lengthy red flag and, with time not added on during a stoppage in the warm-up, the remainder of the field faced a significantly reduced session.

There was more drama after the resumption, with 18-year-old Broc Feeney crawling across the Mountain with both left-side wheels wobbling on the Boost-backed Tickford Mustang.

Feeney pitted but was sent back out with the left-rear still wobbling. Lead driver James Courtney later explained: “The front-wheel was loose, so we came in.

“We thought the back one was just loose as well so the guys re-torqued that up and changed the front-wheel.

“The guys were here until 3am, there are a few tired eyes, so it’s a wake-up call for us all. But that’s why we have the warm-up, to find these things.”

Andre Heimgartner ended up atop the order aboard Kelly Racing’s NED Whisky Mustang with a 2:05.3194s.