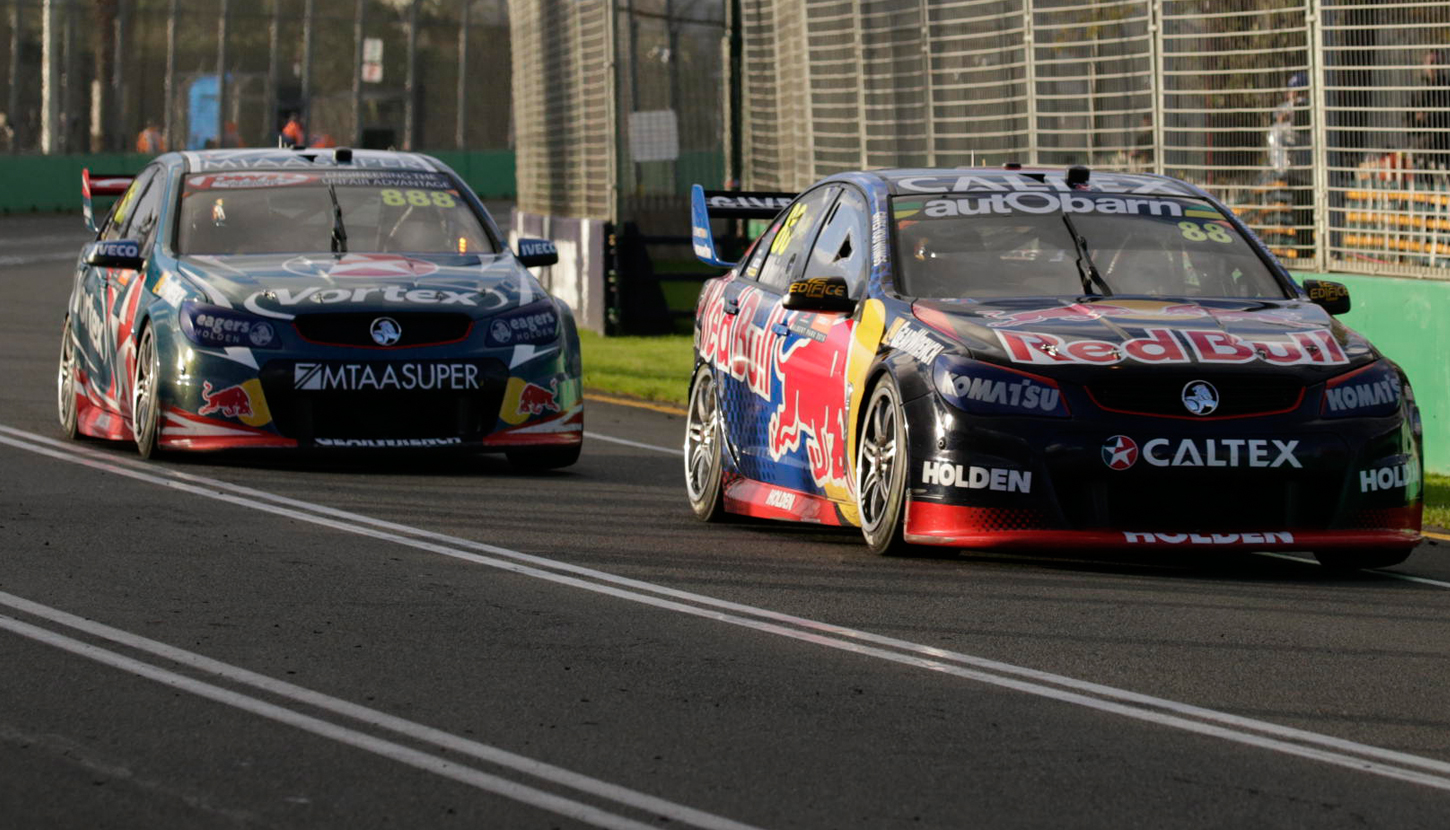 Triple Eight Race Engineering has achieved its first 1-2-3 finish, in what was a nail-biting battle between teammates in race two at Albert Park.

Shane van Gisbergen and Jamie Whincup led off the start, and while the Kiwi’s Red Bull car disappeared into the distance, Craig Lowndes pushed through after starting seventh.

Lowndes’ TeamVortex Commodore was right on the back of Whincup’s car by lap eight and on the final run around the 5.3km circuit, pounced for second place at turn 13.

With patchy weather all day in Melbourne, drops started to fall midway through the race.

Chaz Mostert, who started third was caught out at turn one, though his teammate Mark Winterbottom progressed through the field, finishing 12th after starting 21st.

Holden Racing Team pair Garth Tander and James Courtney had their elbows out, but in the closing stages all eyes were on the battle for second with long-time teammates Lowndes and Whincup racing for keeps.

Van Gisbergen’s win places him first in the points for the event win, taking the victory by over three seconds.

It was a tough second race for James Moffat, who ended in the garage with a busted steering arm after contact on-track, and Scott Pye also fell back down the order with a locked brake and run-off proving costly.

The V8 Supercars will race at Albert Park again tomorrow, at 3.20pm, before the final dash on Sunday.