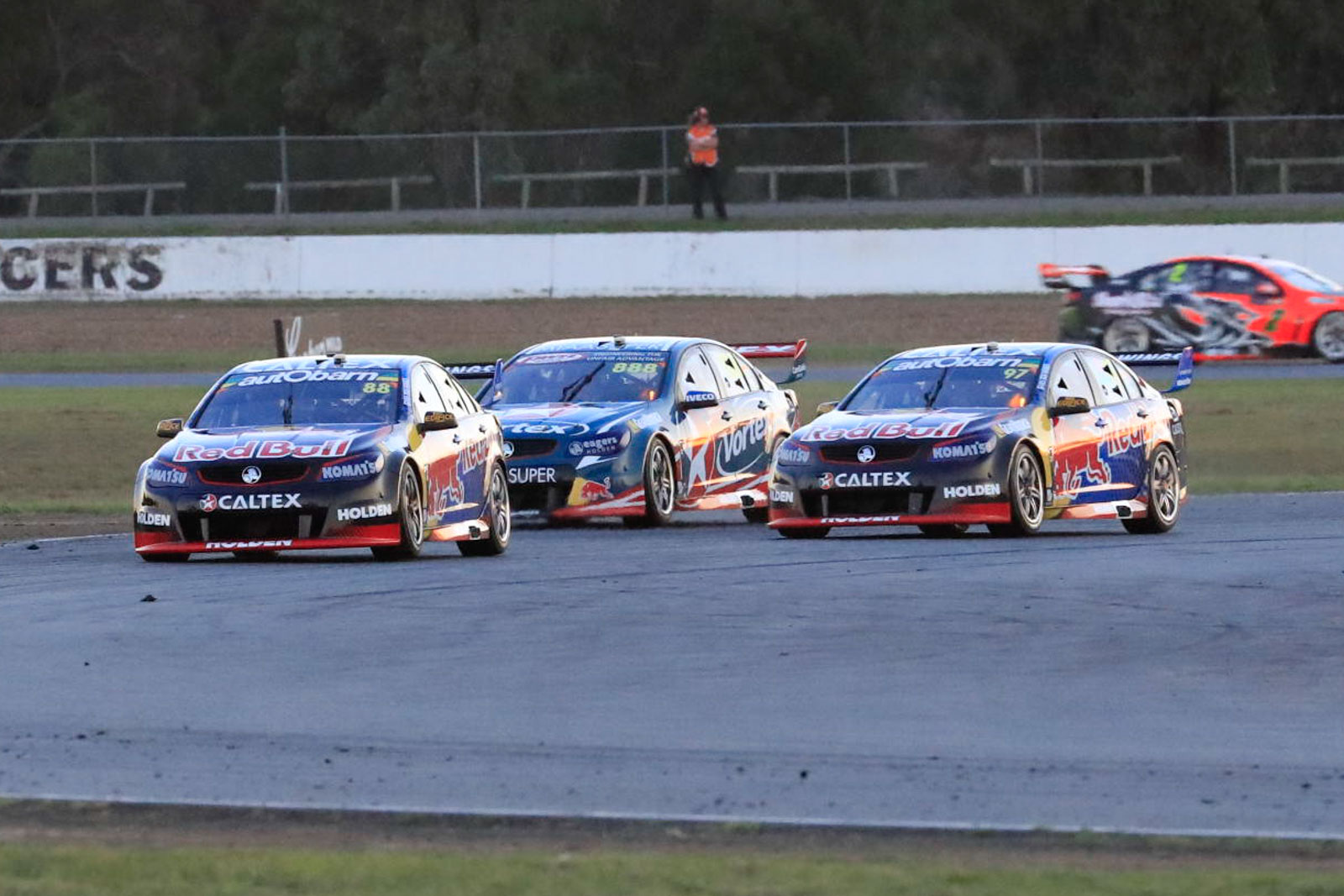 Shane van Gisbergen, Jamie Whincup and Craig Lowndes are scheduled to complete their initial 2017 track duties at Queensland Raceway on Thursday, performing the permitted 60km shakedown with their respective Commodores.

Opting to debut a full fleet of new cars at the start of the year is a departure from the team’s traditional practice, which has seen Whincup’s last three cars debuted mid-season.

Team manager Mark Dutton says that there were both economic and performance reasons behind the decision.

“That’s a balance because we have to be careful that we don’t spend all our time building new cars where there are other teams just focussing on development.

“The performance side is that with a brand new tyre construction, you can’t have any question mark over one car versus the others.

“We need to have a clean sheet of everything and building three at the same time ensures they are absolutely identical.”

Building three new cars ahead of the season will also help free up resource for Triple Eight’s Gen2 program ahead of the debut of the new Commodore and V6 turbo engine in 2018.

Although confident the Gen2 development won’t prove a distraction to this year’s campaign, Dutton admits that it will make for one of the squad’s toughest seasons yet.

“We have to bust our arse all year to get any Christmas holidays, that’s for sure,” he said.

“When the season calms down a little bit in the middle of the year, we have to really push on designing and producing new stuff for 2018.

“It’s difficult because we’re doing everything we can to win in 2017 and already we’ve seen towards the end of last year that we’re onto 2018 project stuff.

“It’s a massive undertaking. It’ll be a massive, tough year for us.”

The team’s success in 2017 will meanwhile be largely dictated by how quickly it comes to terms with the new Dunlop tyre construction.

Stressing the significance of the change, Dutton believes that teams with experience in other categories may shine early in the season.

“Brad Jones Racing has always been quick when we’ve gone to a different tyre, which I think is partly because they’ve had experience with different categories and tyres,” he said.

“It was one of the positive reasons to doing the GT race (Triple Eight’s involvement in the Bathurst 12 Hour with Maranello), because you get to drive on a different tyre.

“There could be a lot of different people popping up this year. We’ve got to do our best to get there quickly, but also consistently.

“That’s always the key with our championship. Being able to do it week in and week out.”