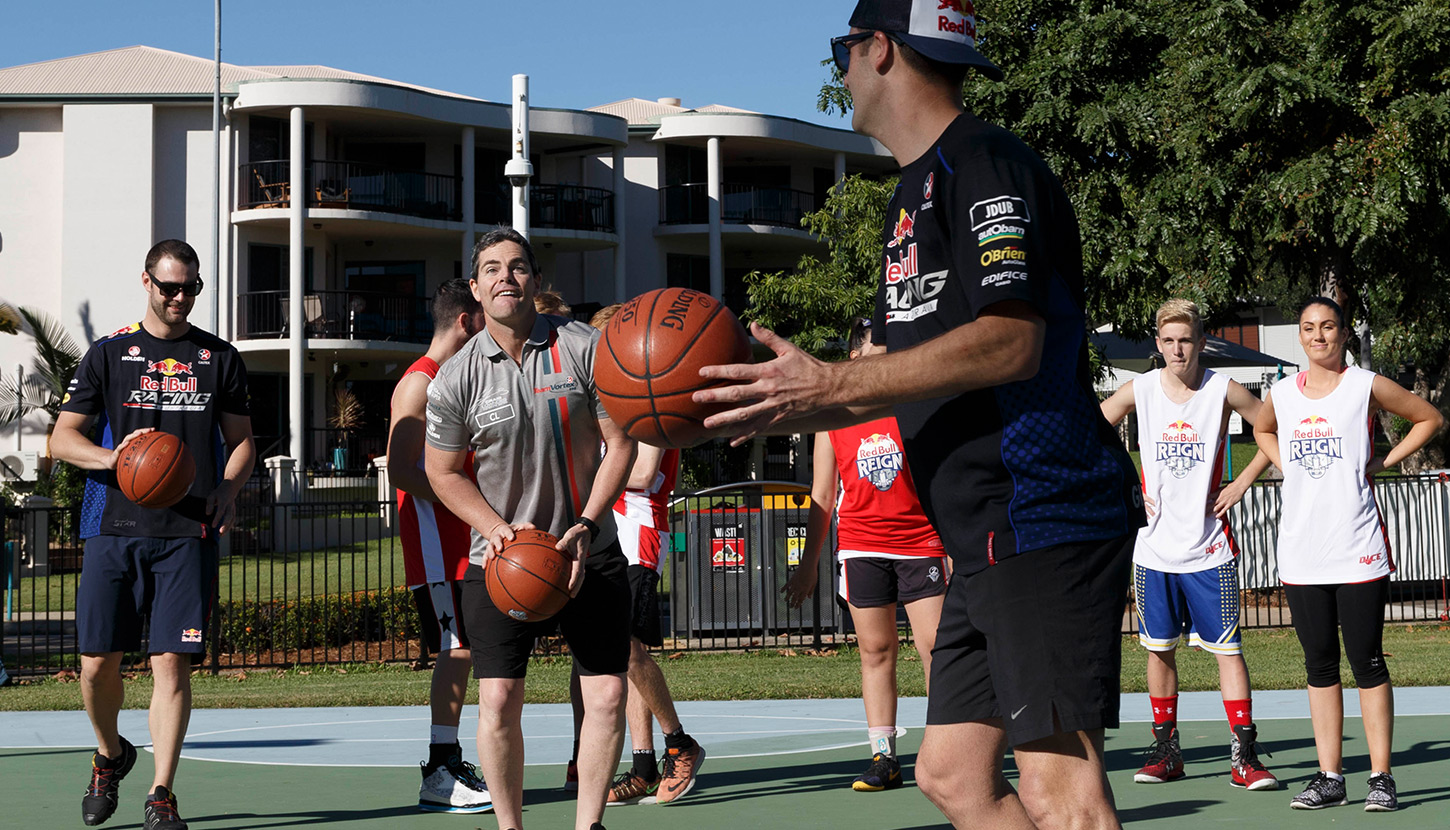 Getting the blood pumping before the Castrol EDGE Townsville 400 this weekend, all three drivers put their skills to the test going head-to-head with up-and-coming basketball players of the Townsville community.

Warming up The Strand basketball court ahead of the Red Bull Reign competition (taking place on July 30) the trio were faced with a series of obstacles to test in which teamwork would play a crucial part.

“I can’t say basketball was ever one of my strong points,” laughed Van Gisbergen.

“I found myself getting into a rhythm during practice, it's always good to have a warm up. Come crunch time I actually carried the team, I got some solid shots in. That being said, I think I will stick to my day job." 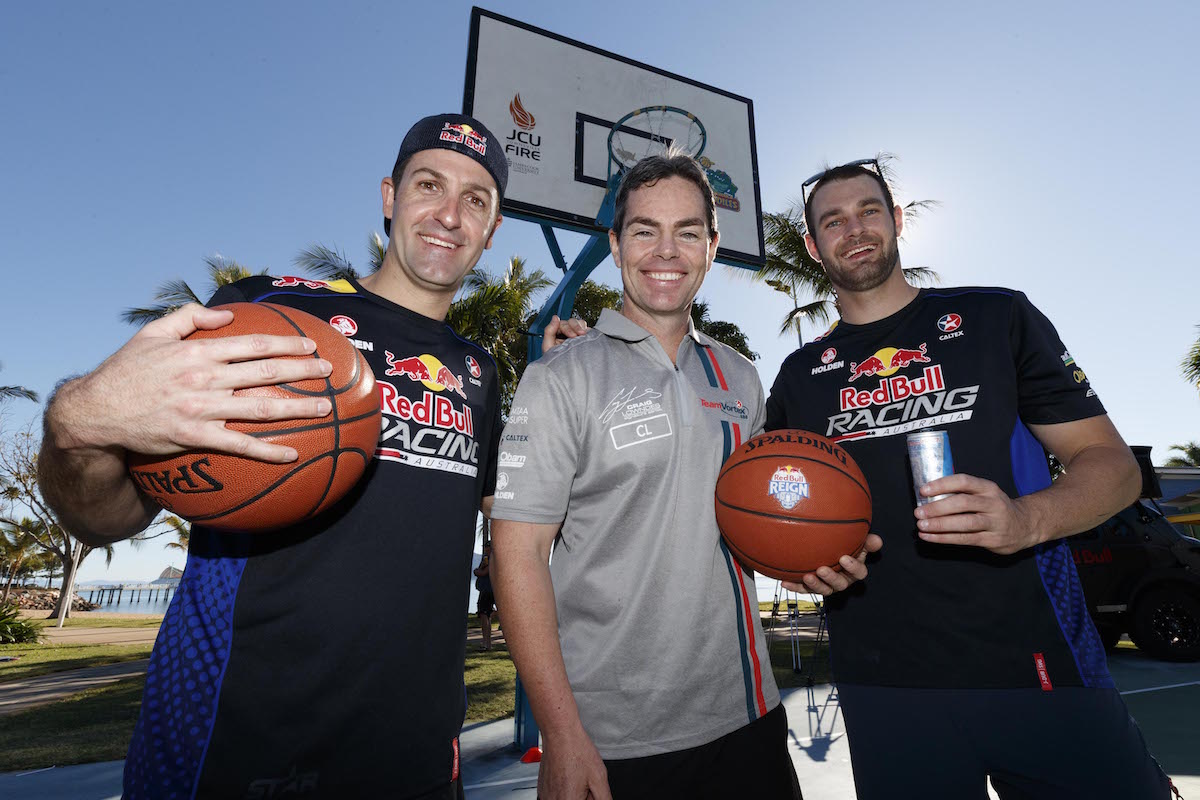 Always eager to try his hand at anything sports-related, Whincup took to the court like a natural, even sporting a backwards cap.

“Cracker morning out on the court. Pressure was well and truly on me towards the end there. I got a good shot in halfway through but then it all came down to my last throw to have us tie with the other team. Needless to say, they won.”

Six local players were chosen to compete with the drivers, forming two groups of three, with the winning team claiming tickets to the Virgin Australia Supercars Townsville event. 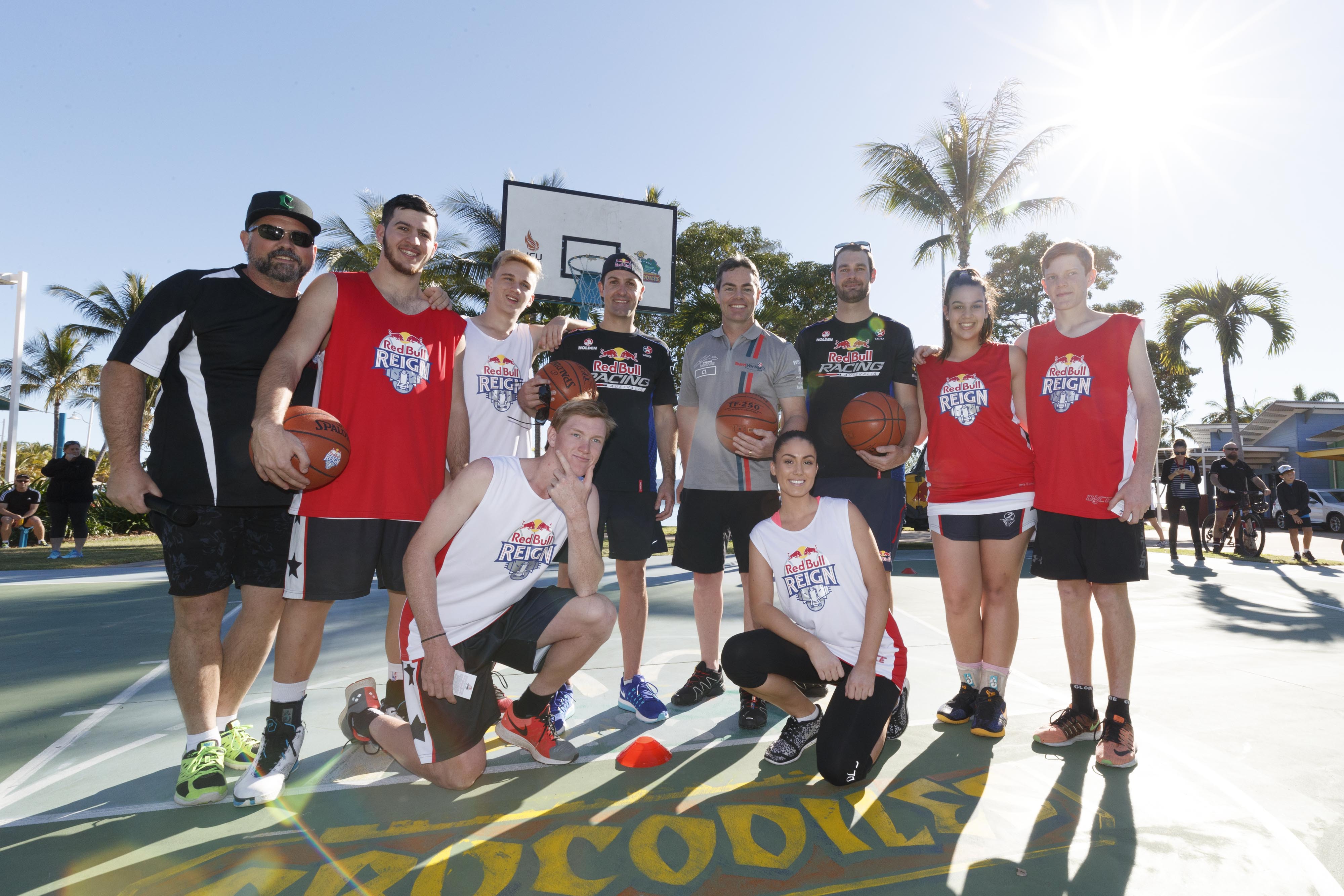 “It’s great to get amongst the locals at an event like this,” said TeamVortex driver Lowndes.

“Townsville is an event I enjoy, despite my bumpy history here; I always really like the atmosphere and the tropical climate. It is a great track to drive on but it is important to really get your balance right from the get-go. Balance is key. I guess the same could be said about my performance here on the court today, basketball certainly isn’t my forte!”

The Virgin Australia Supercars hit the Reid Park circuit tomorrow for two practice sessions ahead of Saturday’s qualifying and 200km race. Sunday then sees another qualifying session followed by a second 200km SuperSprint. 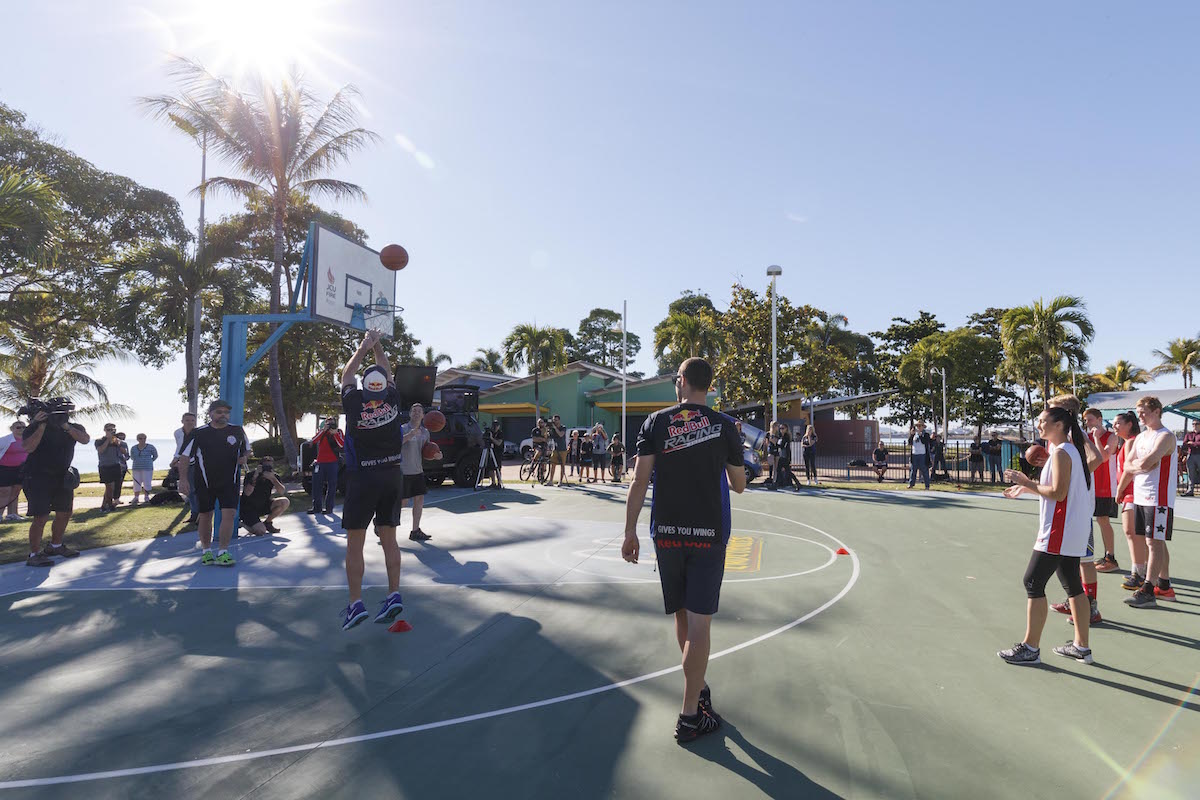