Grove Jr drove a Triple Eight-prepared and run Commodore in last year’s Dunlop Super2 Series and has competed so far this year in the Bathurst 12 Hour with his father and Ben Barker in a Porsche.

“We sold my Supercar back to Triple Eight at the end of last year, so essentially it’s something of a trade,” Brenton said.

“We were really interested in the Sandman and it all just happened to be a few weeks before the Holden announcement of Holden closing.

“Over the off-season the Sandman was stripped of every nut, bolt and bumper, it was painted, all the guards, the suspension arms, the whole body work, the whole chassis has been repainted, engine and transaxle rebuilt, it’s back to showroom status.

“RD [Triple Eight boss Roland Dane] wouldn’t let it out of the workshop until it was Mickey Mouse! 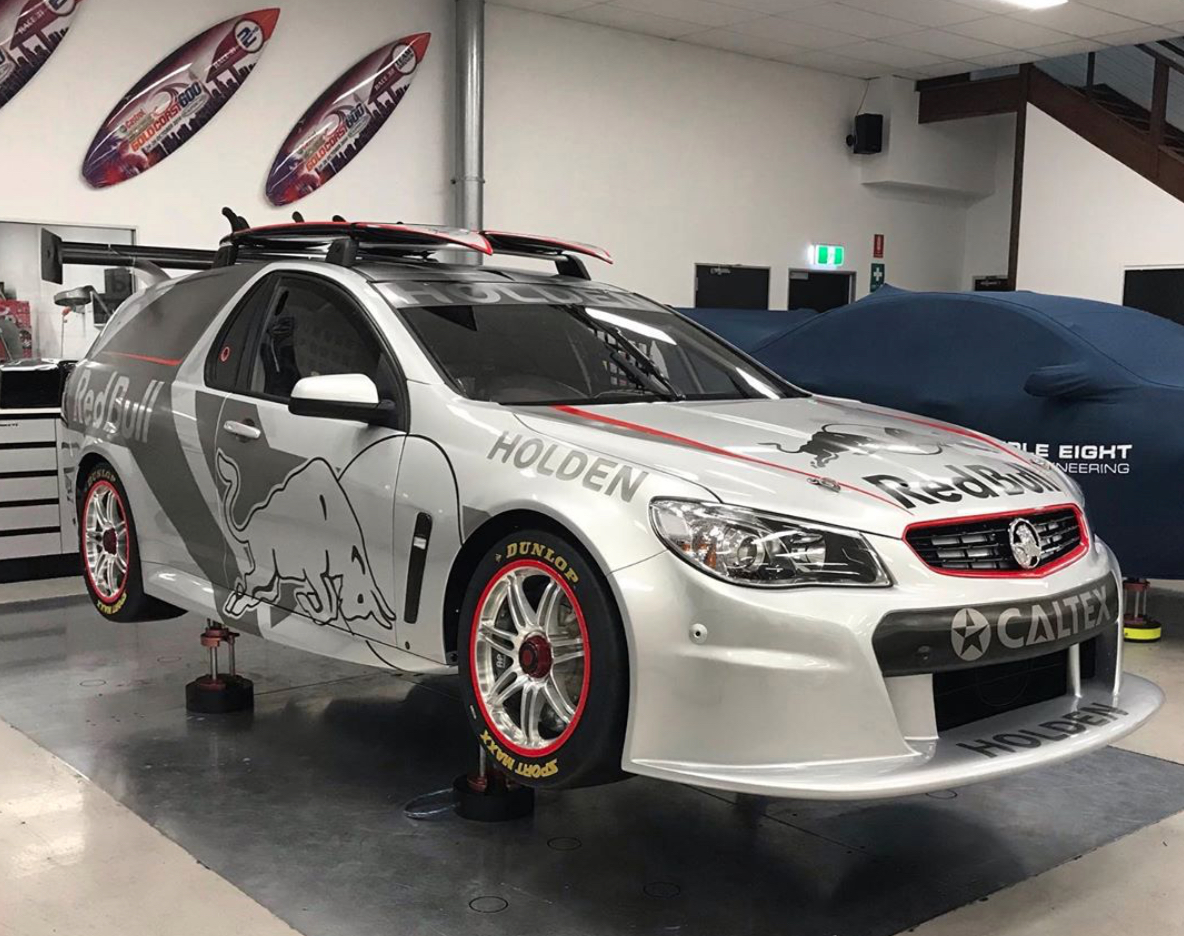 “We did a test day with Steve in my Supercar last year and they had the Sandman there doing some filming with Red Bull so we had a chance to drive it. That was deal done, the easiest sales pitch for them ever!

“Originally we were going to do some sponsor rides in it but I think RD has made it so Mickey Mouse that we’re too scared to drive it now!

“Not many people outside the Triple Eight/Red Bull family have driven it. We’ll keep it in our workshop and take it to sponsor rides and show clients, but beyond that it’s now a collector’s item.”

It has been returned to its original silver livery with red rimmed wheels, as it rolled out six years ago when it was new, complete with surfboards on the roof, though still with the roof-mounted rear wing it sprouted in 2017. 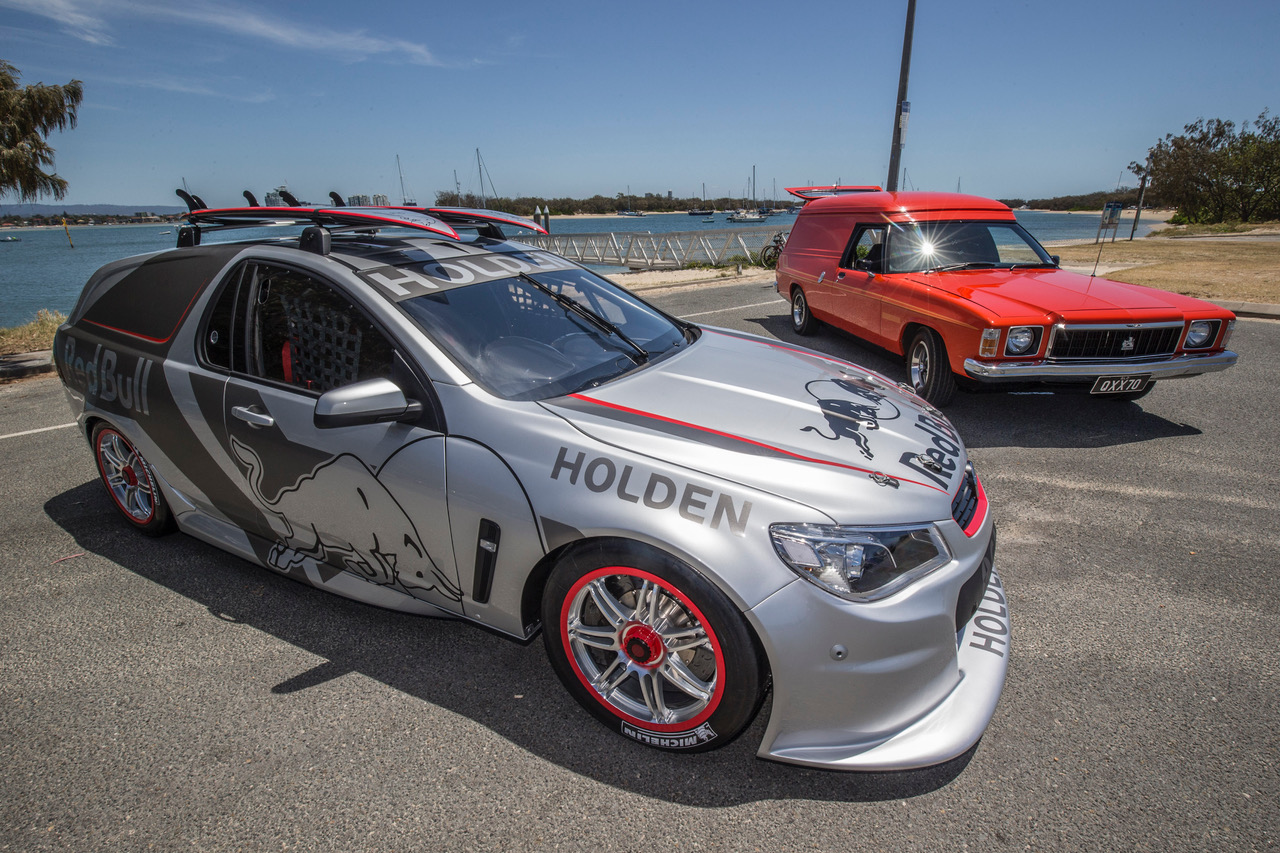 Built to celebrate the 40th anniversary of Holden’s Sandman in 2014, the car caught everyone off-guard when it was revealed in the lead-up to that year’s Gold Coast 600.

The chassis beneath the skin in fact was one of the team’s first Car of the Future chassis – 888A-032 – raced by Whincup as the #1 Red Bull car for the first part of the 2013 championship.

In his hands it won races that year at Pukekohe, Barbagallo, Texas, Hidden Valley and Queensland Raceway to give it eight wins before it was retired after the Winton round of that year’s championship. 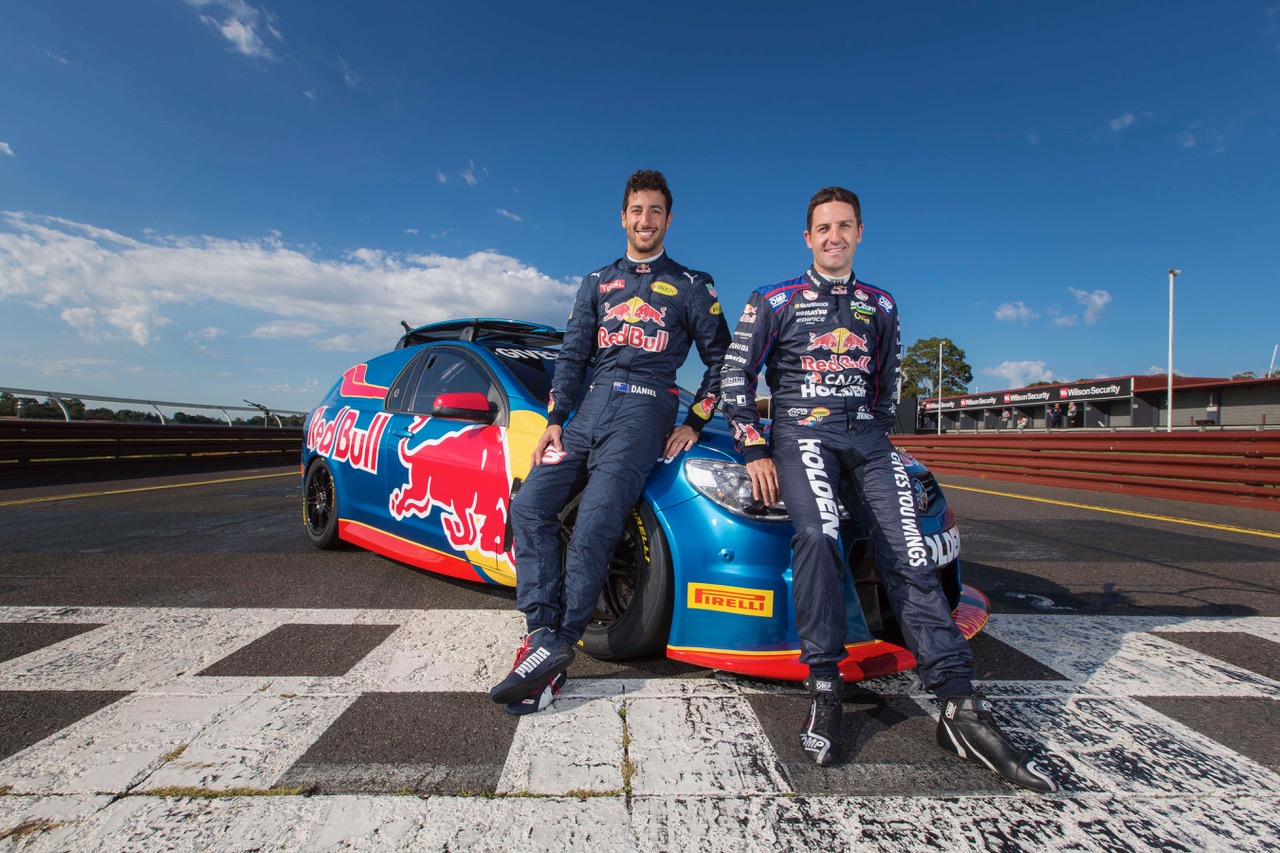 From there Triple Eight converted it into the Sandman featuring an F1-inspired fly-by-wire throttle system and six-speed paddle shift gearbox.

It hosted a range of the team’s drivers in addition to F1 star Daniel Ricciardo, who slipped behind the wheel on a promo day at Sandown in 2016.

The Sandman was also used for testing of the now-shelved V6 turbo engine project in 2017 at Norwell with Greg Murphy turning laps in it that year at Bathurst– though the mighty V8 it’s best known for has been returned to the engine bay.