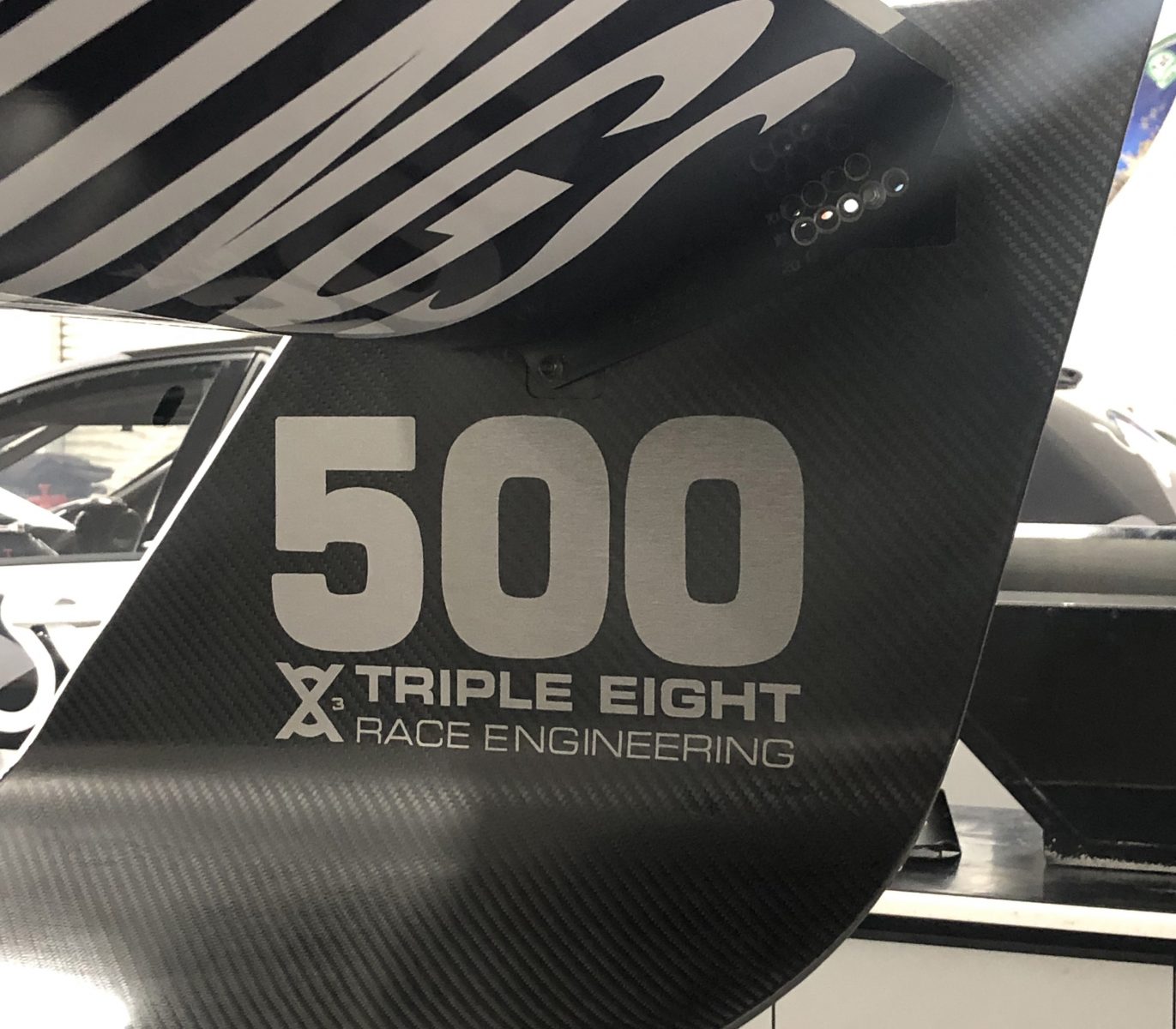 The team makes its 500th championship race start when Jamie Whincup and Shane van Gisbergen line up for the Saturday race at The Bend Motorsport Park.

The team was the dominant force in the British Touring Car Championship in the early 2000s, entering Supercars in 2003 by purchasing Briggs Motorsport prior to that year's Sandown 500.

Despite being one of the younger teams on the grid – its 500th start ranks it only sixth among the current field – the team has accumulated a wealth of success like few before it.

However, it took the team a little while to find its feet, as a look back at its milestone races illustrates. 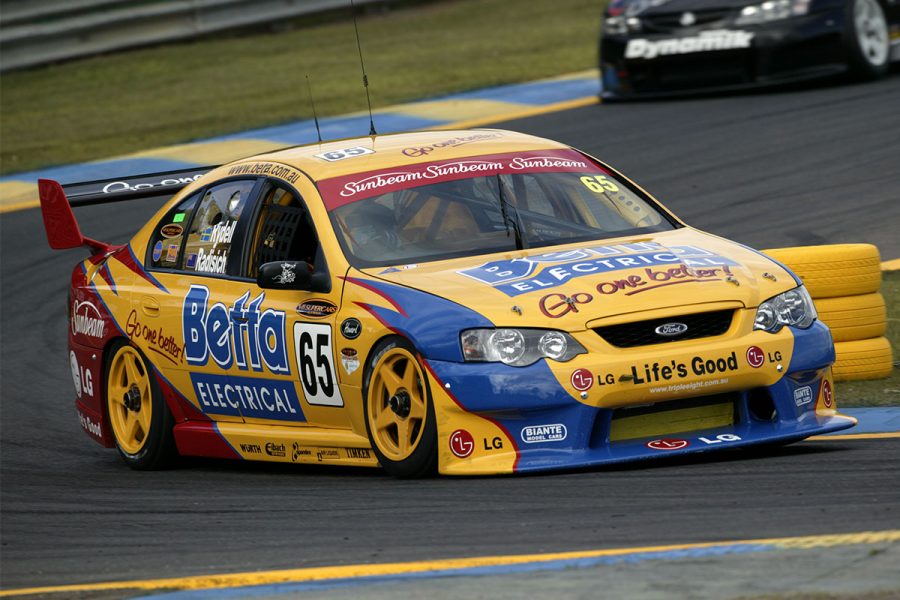 On September 1, a fortnight before the Sandown 500, Roland Dane officially became a Supercars team owner, signing the paperwork to complete Triple Eight's purchase of Briggs Motorsport.

That squad had a varied history, starting its life as the Western Australia-based Ford team PAE Motorsport at the start of 1999 with John Bowe as its driver, before being purchased by John Briggs and moved to Queensland.

After briefly expanding to three cars, the slimmer two-car, Betta Electrical-backed squad was on the rise with drivers Paul Radisich and Dean Canto when Triple Eight took over in 2003.

Radisich qualified fourth in the Top 10 Shootout at Sandown and raced to seventh with co-driver Rickard Rydell, while Dean Canto finished 14th with future Super2 and Super3 team owner Matthew White amid a difficult rookie campaign.

Brazilian racer Max Wilson joined Radisich for Triple Eight's first full season in 2004, one marked by reliability issues as the team cut its own path on development. 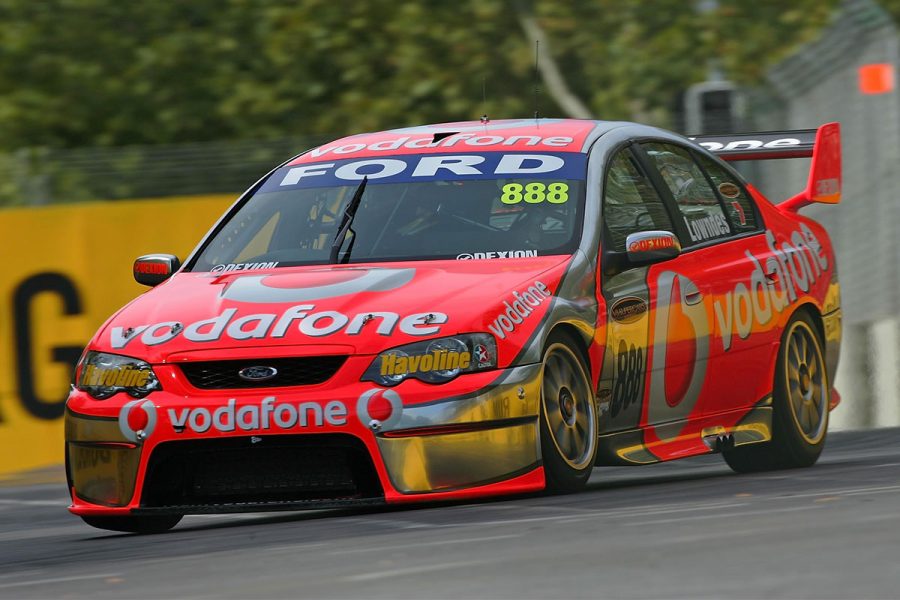 The squad had a very different look by the time of its century of race starts.

Triple Eight had also established itself as a title contender, with Lowndes taking the championship down to the wire in both of his seasons with the team.

Its Falcons rolled out in new colours for 2007, the first year of a highly-successful partnership with Vodafone that lasted for a total of six seasons.

The opening race of 2007 wasn't kind to either Whincup or Lowndes; the former finished third after running down an escape road early in the race, while the latter came home 13th after a pit lane penalty.

It was the last time Triple Eight failed to win the opening race of the season until 2019. 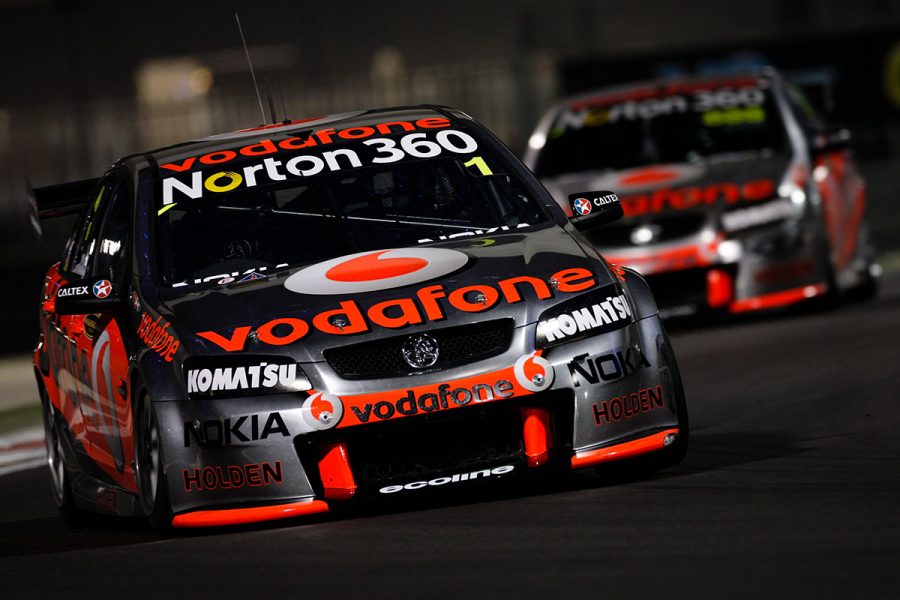 After 199 races, two championships and three Bathurst 1000 wins on the trot with Ford, the team switched to Holden for the 2010 season.

If rivals hoped the change was going to derail its form, they were sorely disappointed.

Whincup took pole position and led home Lowndes in a team one-two, and proceeded to take four straight wins to start the season.

The team also took a dominant one-two in that year's Bathurst 1000, Lowndes and Mark Skaife leading home Whincup and Steve Owen in a form finish.

Triple Eight remained the benchmark team through to the end of the 'Project Blueprint' technical era, Whincup claiming two more Drivers Championships in 2011 and 2012. 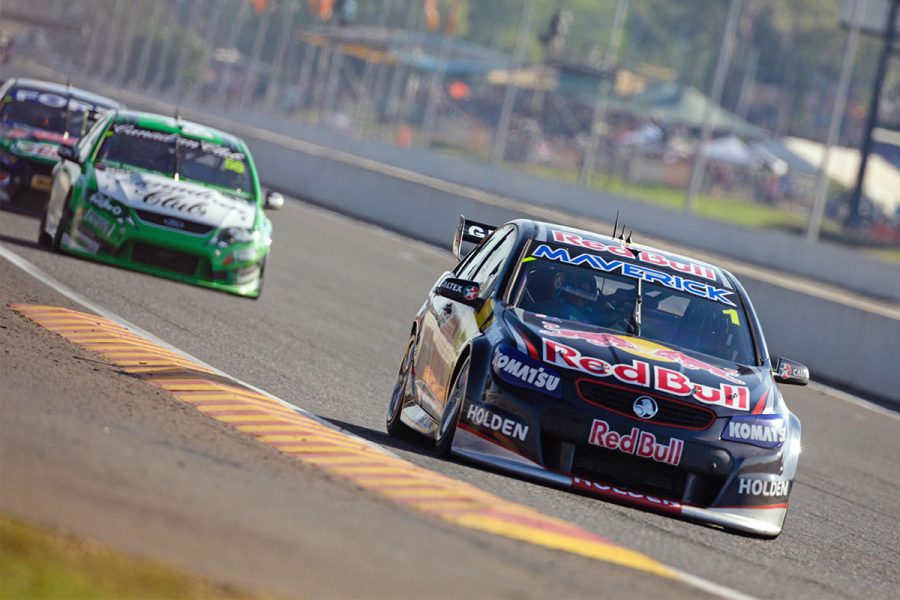 It was a new look for Triple Eight at the start of a new era for the sport, the team rolling out a pair of Red Bull-sponsored Holdens built to the new 'Car of the Future' regulations.

While Lowndes won straight out of the gate at Adelaide to deliver Triple Eight the first win of the new era, reigning champion Whincup started the season more slowly.

He had to wait until the seventh race of the season for his first win, but had moved his tally to six by the time of the opening race in Darwin – which Whincup duly won.

The first season of the 'Car of the Future' era delivered a close title chase, with Whincup and Lowndes among four drivers in contention heading into the final round at Homebush – which Whincup secured. 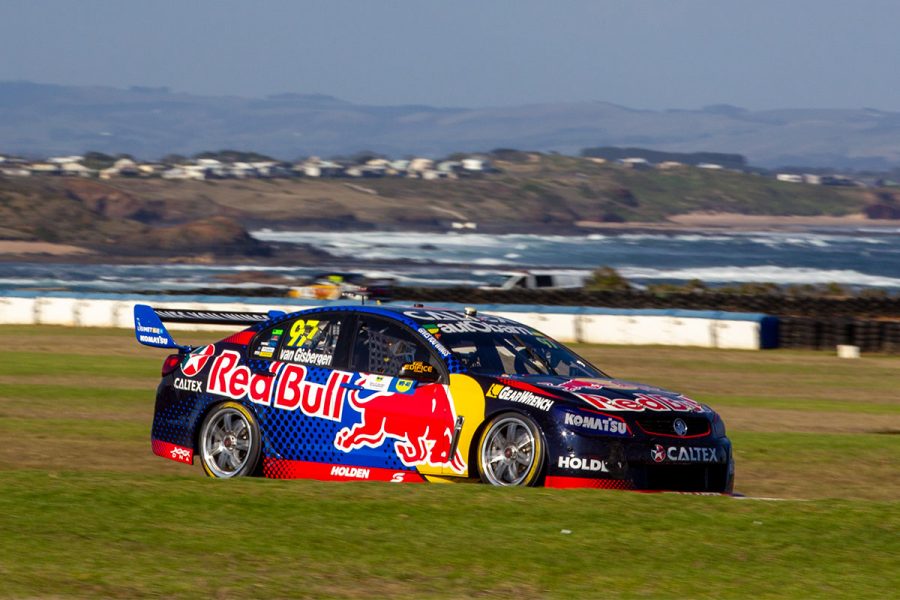 After 12 seasons as a two-car team, Triple Eight began 2016 as a three-car 'super team' with Whincup joined by Shane van Gisbergen in the squad's Red Bull-backed cars, while Lowndes raced a third entry with Caltex backing.

The milestone race at Phillip Island wasn't one of the team's most memorable; a rare mistake from Whincup saw him slip from second to fourth in the closing stages, one spot ahead of Lowndes, while SVG battled to 10th with an ill-handling car.

All three drivers claimed wins early in the year but the team hit its stride mid-season. From Townsville onwards Whincup and SVG were practically unbeatable, the New Zealander edging his teammate to secure his first championship with a race to spare. 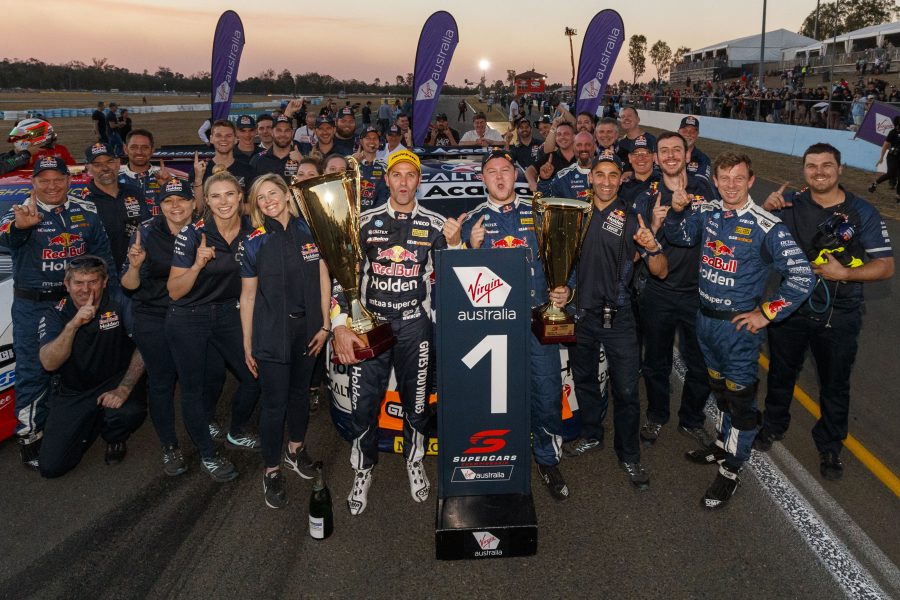 This year marks the latest step in Triple Eight's evolution, moving back to two cars for Whincup and van Gisbergen with Lowndes' full-time retirement at the end of 2018.

Its status as the factory Holden squad meant Triple Eight led the design and development of the ZB Commodore, introduced to racing with a pair of wins for van Gisbergen at last year's Adelaide 500.

While the team has been overshadowed slightly in 2019, the banning of multi-spring setups compounded by the debut of the Ford Mustang GT, Triple Eight remains the benchmark Holden squad.

As of The Bend, van Gisbergen's wins at Symmons Plains and Townsville and Whincup's record-extending 114th career win at Queensland Raceway make it the only Holden team to win races in 2019.