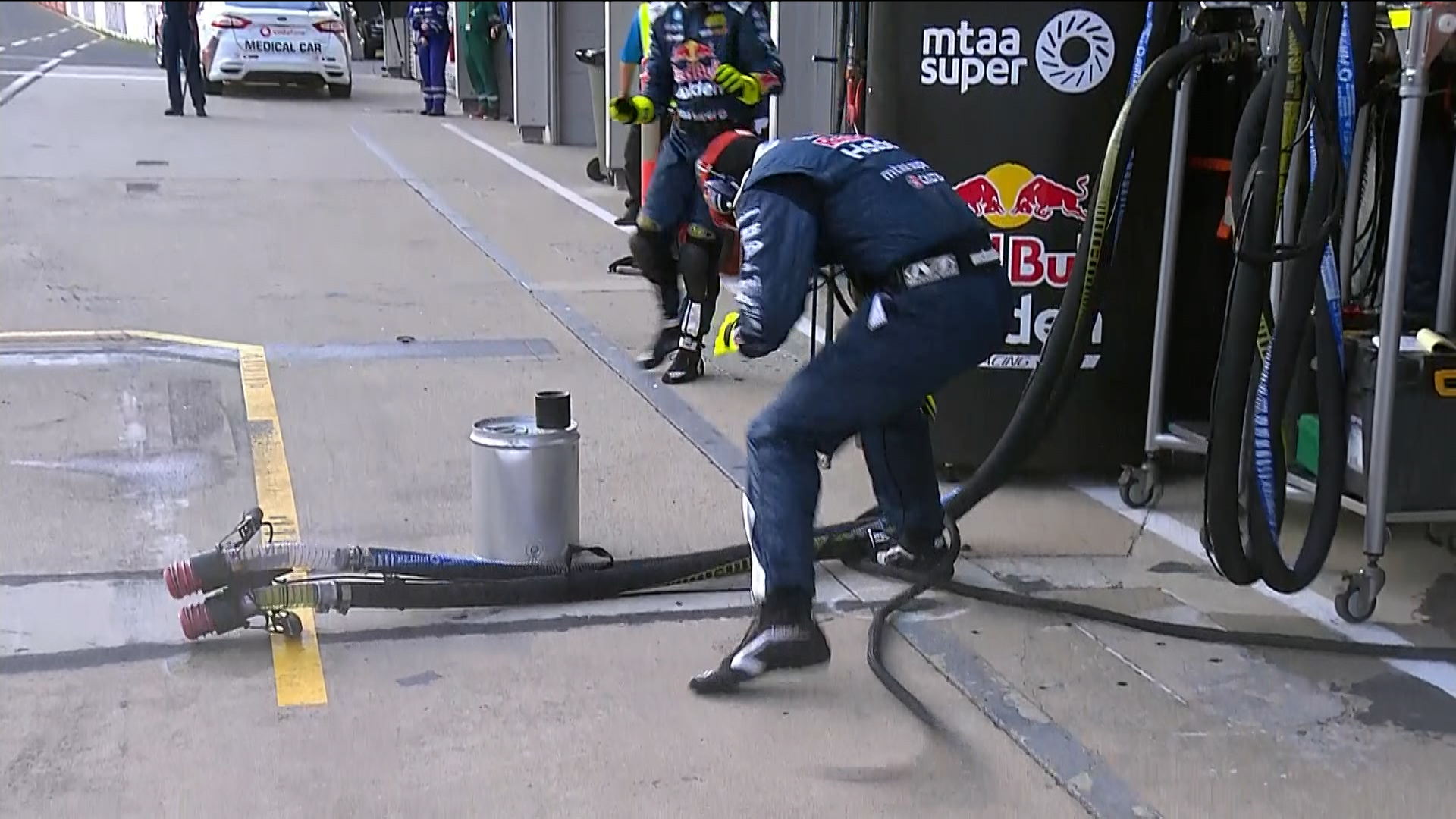 Red Bull Holden Racing Team manager Mark Dutton is confident there will be no repeat of the pit equipment issues that caused chaos in the squad’s garage on Saturday.

Heat on a scorching Saturday is considered the likely cause for two airline pressure regulator failures, one of which sent air hoses – which feed the pneumatic rattle guns – flying.

An unusual high-pitched whistle was heard during the first stops for both cars, which Whincup later admitted reached him in the Commodore.

Prior to Whincup’s second pitstop, Supercars commentator Neil Crompton reported hearing a “massive explosion” from the Red Bull garage below.

Dutton was subsequently seen fighting to control a flailing air hose, which he later joked was like “wrestling an alligator”.

“It looks like a couple of regulators had, I can only assume with the heat, failed and it's pretty scary because these ones went to full bottle pressure,” he said.

“You're putting 10 times the pressure through and they're not built for that because they're not supposed to get those pressures.

“We had two different regs fail, so we had two gun issues.

“We've never seen that before so at first you think the gun's had an issue and we've replaced the gun before the next pitstop and had the same thing happen again, a runaway gun.

“The fortunate thing is it ran into the garage, which meant I could pick it up and stop it hitting anyone or going back out and hitting the car or anything like that.

“The other reg that failed must've [been] for a longer time because eventually the pressure caused the line to fail and it went bang with a lot of noise.

“That was the one people maybe saw that was whipping around that I grabbed.” 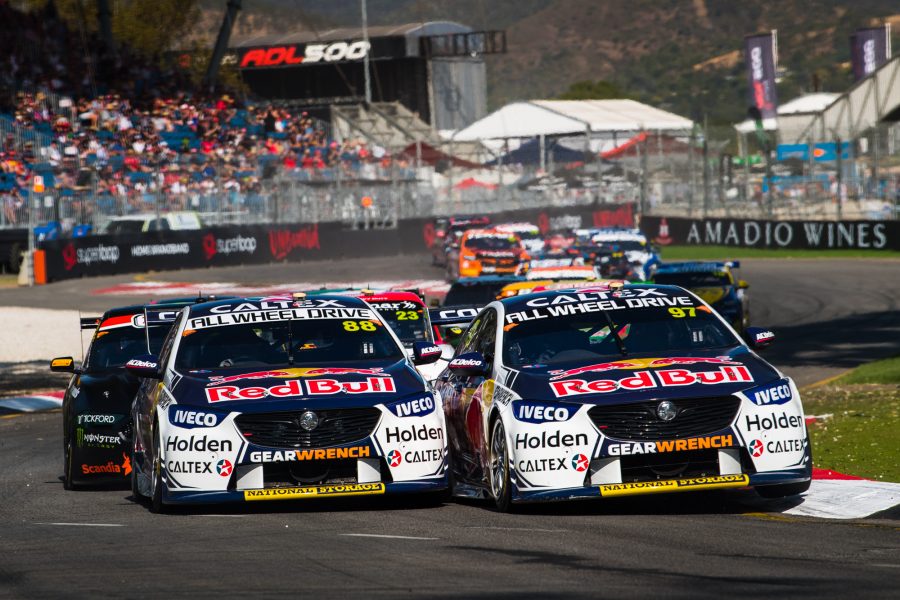 Dutton said that, because the issue was largely contained to the garage, he was not concerned about a potential penalty for the issues.

“It hasn't happened to us before. It was isolated,” he continued.

“The one thing that works in your favour is because you had two failures and they were the same type of reg, you can isolate that brand of reg, model of reg that caused the issue.

“You're confident when you're not using that that you should be OK but like anything you just have to be really, really diligent.

“They were all in the shade but it's obviously hot ambient conditions, you just have to be extra cautious.

“During the race we were cooling them down, just in case we could help prevent it. We'll just be extra diligent [today].”