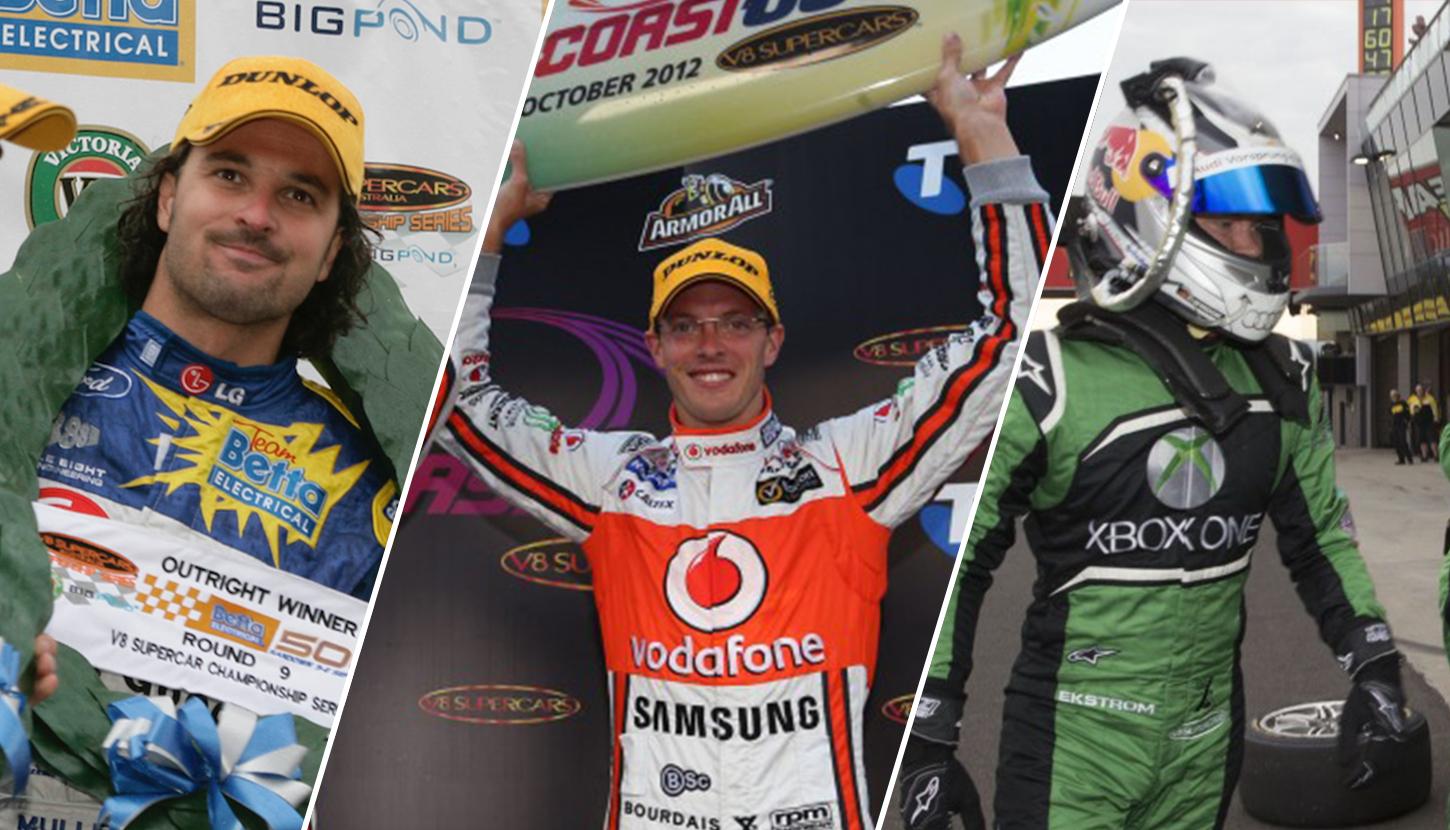 Bamber, 27, will make his Supercars debut alongside Shane van Gisbergen at Sandown next September, replacing Matt Campbell, who is unavailable due to his own Porsche commitments.

Kiwi Bamber is a two-time Le Mans 24 Hour winner, taking out the French classic with Porsche in 2015 and ’17, and also picked up the World Endurance Championship crown for the German marque this season.

Supercars.com takes a look back at a smattering of international stars to previously represent Triple Eight in the Supercars Championship, starting with the team’s very first race at Sandown in 2003.

The list of part-timers is in addition to Brazilian Max Wilson, who drove with Triple Eight in 2004 amid a six-year stint as a Supercars full-timer, and Casey Stoner, who returned from his MotoGP career to race for the Holden squad in the Dunlop Series in '13. 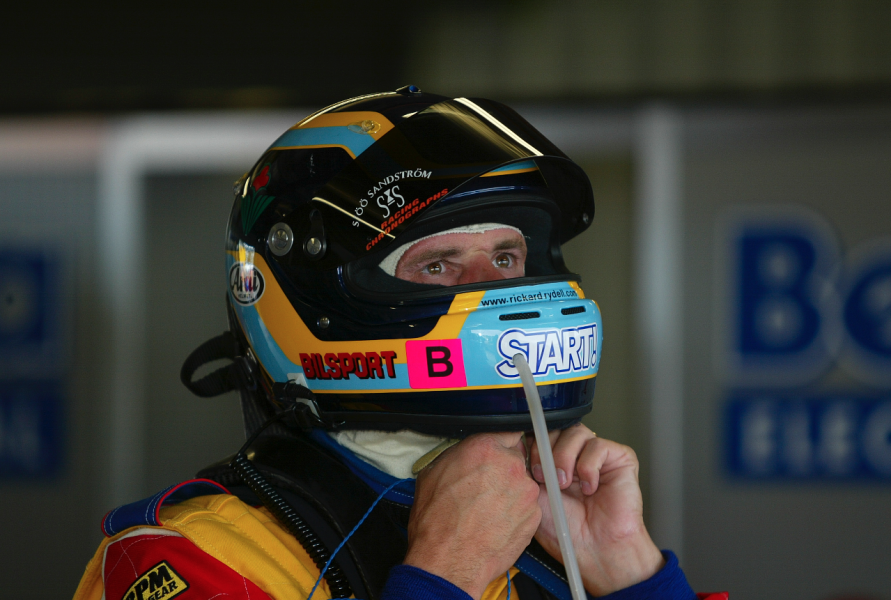 The Swedish touring car legend drove with Paul Radisich in the 2003 endurance races, which marked Triple Eight’s debut in the category following the takeover of Briggs Motor Sport.

They finished seventh at both Sandown and Bathurst, which marked Rydell’s third start in the Great Race, having competed in the Super Touring event in 1997 and ’98, winning the latter for Volvo alongside Jim Richards.

Rydell had been set to make his Supercars debut with the Holden Racing Team in 1994 but, pulling out of Sandown due to the birth of his first child, was replaced for both races by rookie Craig Lowndes. 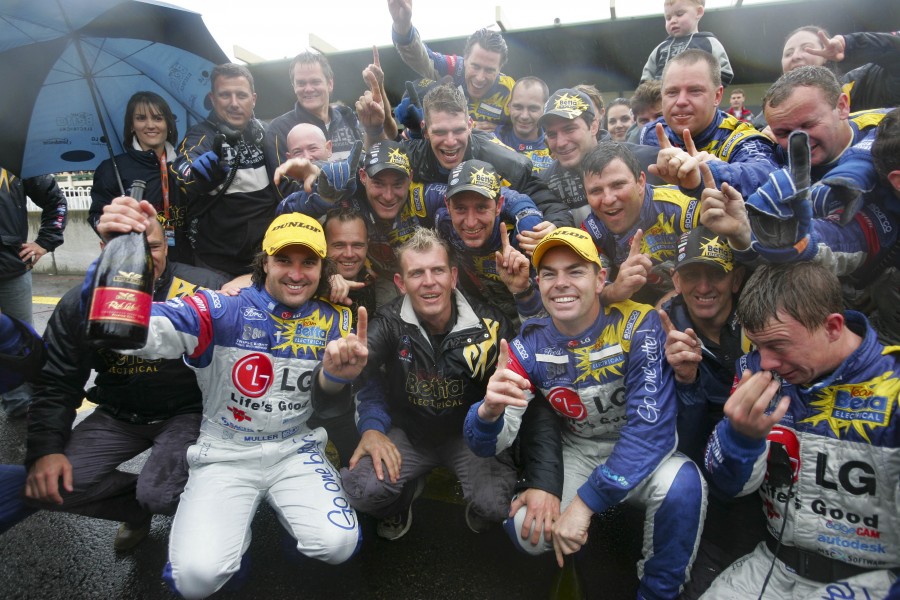 Having driven Walkinshaw-run Holdens in the 2000 and ‘02 enduros, BTCC Triple Eight stalwart Muller joined the Australian outpost for the ’04 and ‘05 Sandown and Bathurst events.

He won Sandown in 2005 alongside Lowndes and the pair were dominant at Bathurst early before a mistake from the Australian ended their shot at victory. A windscreen destroyed by a stray wheel later added to their woe.

Moving from Triple Eight’s UK team to Seat’s WTCC program for 2006, the Frenchman left the squad's Supercars line-up, but returned to drive a Triple Eight-built Holden for Paul Morris at the 2010 Gold Coast 600. 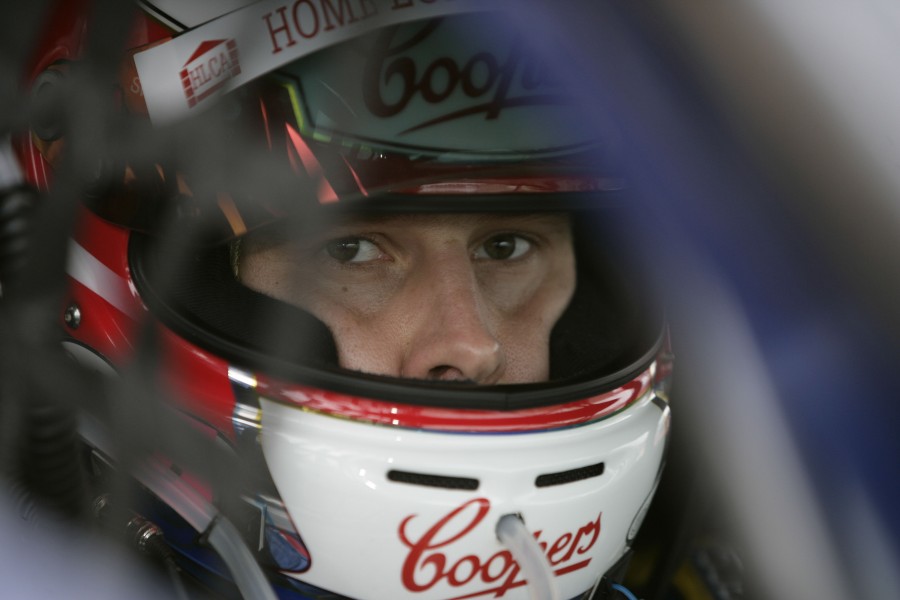 Danish international Allan Simonsen was a regular in Australia between 2003 and his death at Le Mans 10 years later, racing everything from GTs to Utes and Supercars.

He’d driven two Supercars enduros campaigns for Garry Rogers and one for Larry Perkins before a three-year stint at Triple Eight began in 2006.

Paired with Richard Lyons in 2006 and ’07 and James Thompson in ’08, Simonsen starred in the wet on the way to fifth at Bathurst in ’07, which marked his best Great Race result until finding the podium with Kelly Racing four years later. 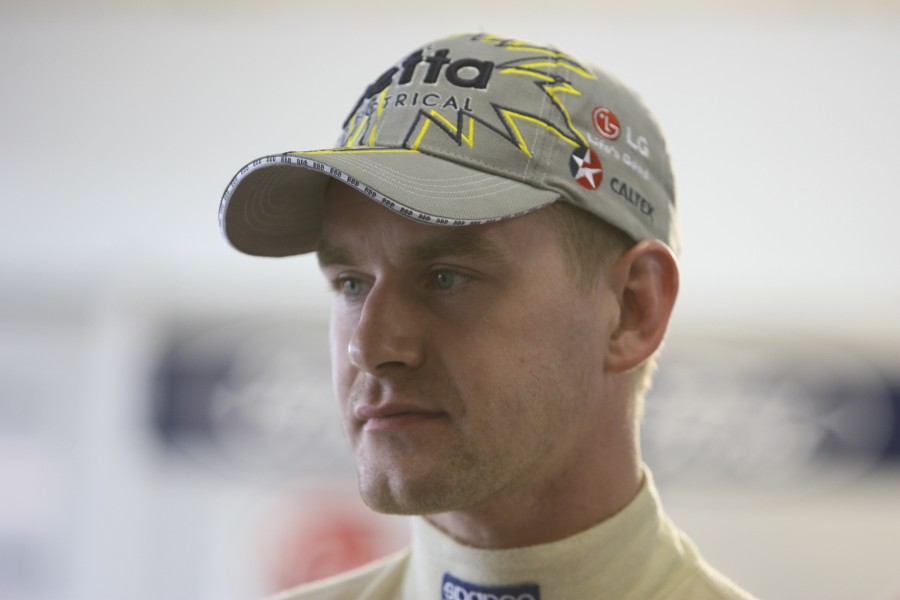 Brit Lyons has spent the majority of his professional career racing in Japan, and was a regular in both SuperGT - James Courtney's stomping ground before Supercars - and Formula Nippon when he made his Supercars debut with Triple Eight in 2006.

He played back-up to Simonsen during their two years together, highlighted by the fifth at Bathurst in 2007, and later returned to the enduros with Tekno in ’11.

A late call-up to replace an injured Will Power at Ford Performance Racing for that year’s Gold Coast event yielded his one and only Supercars win and earned a recall to Triple Eight for the event in ’12, where he scored two sixth places alongside Lowndes. 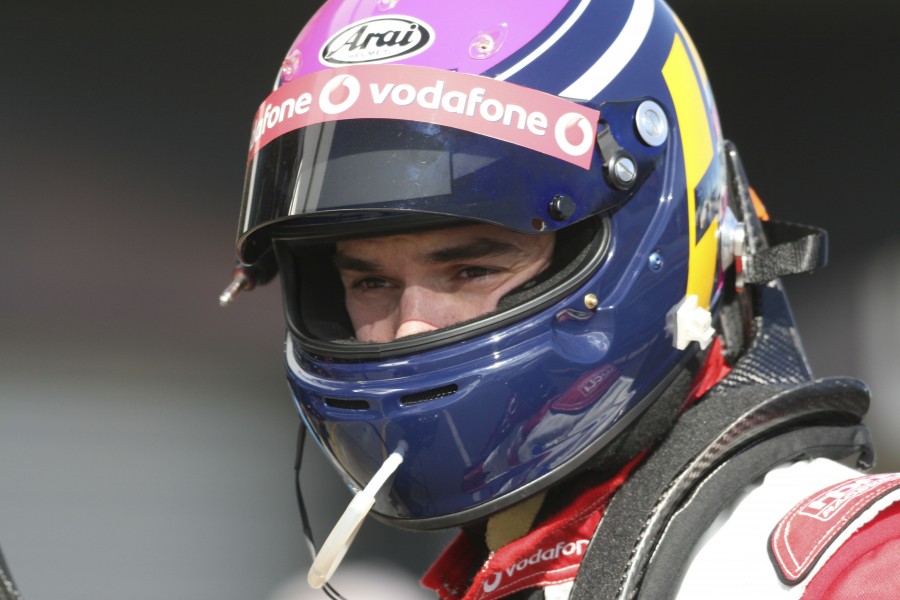 Hynes’ single-seater career scaled the heights of beating Jenson Button to a British Formula 3 title and a Formula 1 test with British American Racing in 2001, before a lack of opportunities stalled his career momentum.

After a stint in GT cars during the mid-2000s, the Brit was a left-field choice by Triple Eight to partner fellow Supercars rookie Fabrizio Giovanardi in the 2008 enduros.

They were 17th at Phillip Island and 15th at Bathurst, which marked Hynes' last competitive race for more than five years. 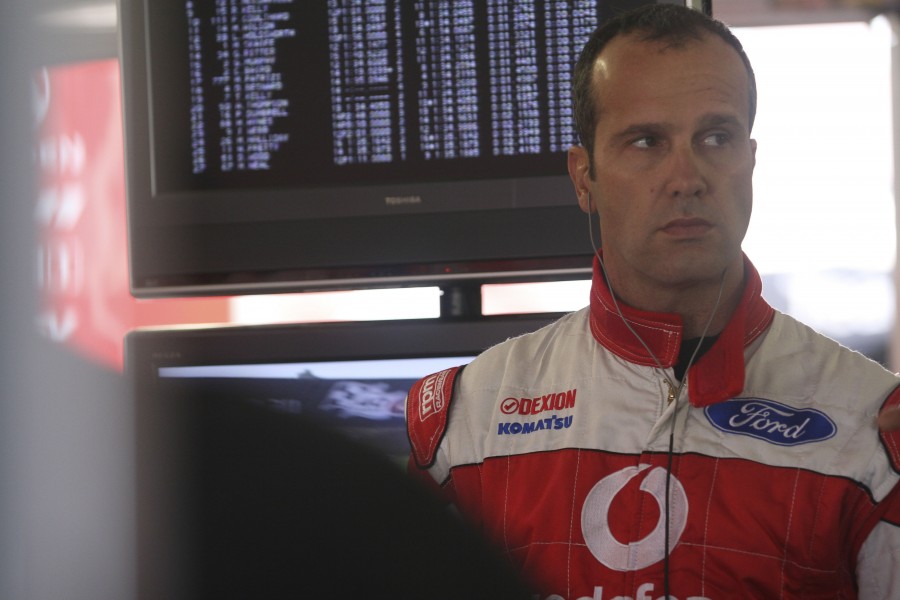 The other half of the 2008 line-up, Giovanardi was already well known to Triple Eight, having driven for the UK arm in the BTCC since '06.

En route to a second-straight BTCC title in a Vauxhall in 2008, Giovanardi suffered a heavy crash in the Esses during qualifying at Bathurst and was also involved in a late incident in the race, dropping them off the lead lap.

The Italian made two more Supercars appearances late in his career, joining Karl Reindler at Brad Jones Racing for the Gold Coast 600 in 2010 and '11. 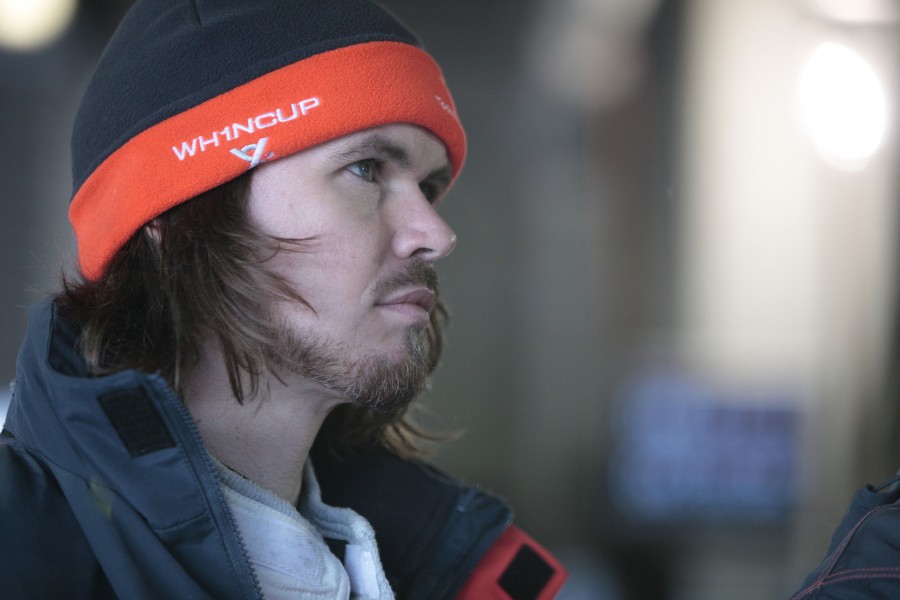 Another British Touring Car champ to get his first and only Supercars start with Triple Eight, Thompson joined the team for the 2009 enduros, having raced for Triple Eight in the BTCC earlier in the decade.

Teamed with Simonsen, the pair were 21st at Phillip Island before a challenging day of mixed weather at Bathurst ended with an engine failure less than 10 laps from home.

Their plan to stay on the lead lap and out of trouble came unstuck early when, after a strong opening stint from Simonsen, they were delayed by a lengthy pitstop and a drive-through penalty. 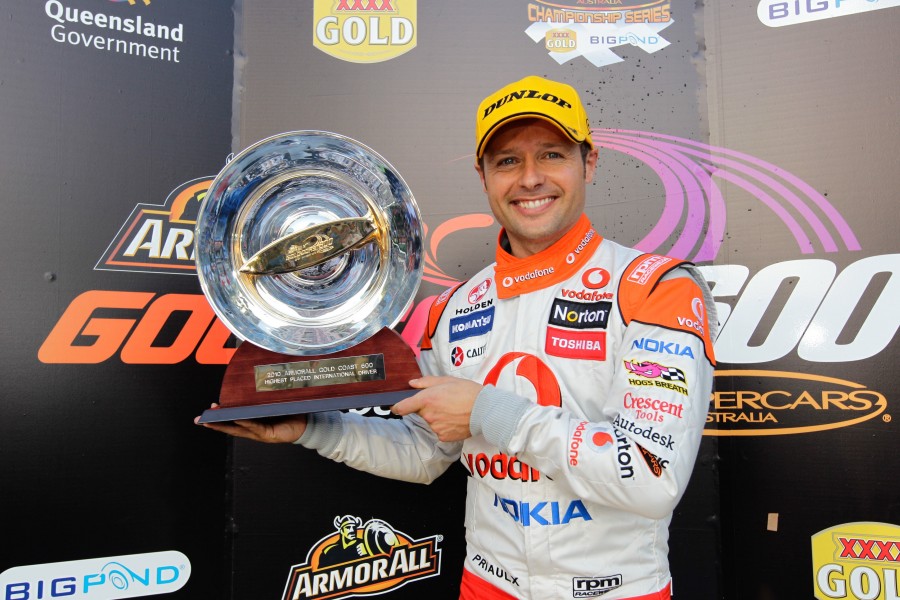 Like Muller, Priaulx already had a bank of experience in Walkinshaw-run Supercars in the early 2000s before linking with Triple Eight.

The Brit was called up to drive alongside Lowndes in the 2010 and ’11 Gold Coast 600s, finishing a best of second in the ’10 opener, despite only one car from each team requiring an international co-driver.

He returned as a wildcard for the 2013 Bathurst 1000, pairing with Mattias Ekström to finish 10th, which eclipsed his previous best Bathurst finish of 12th scored alongside David Reynolds four years earlier. 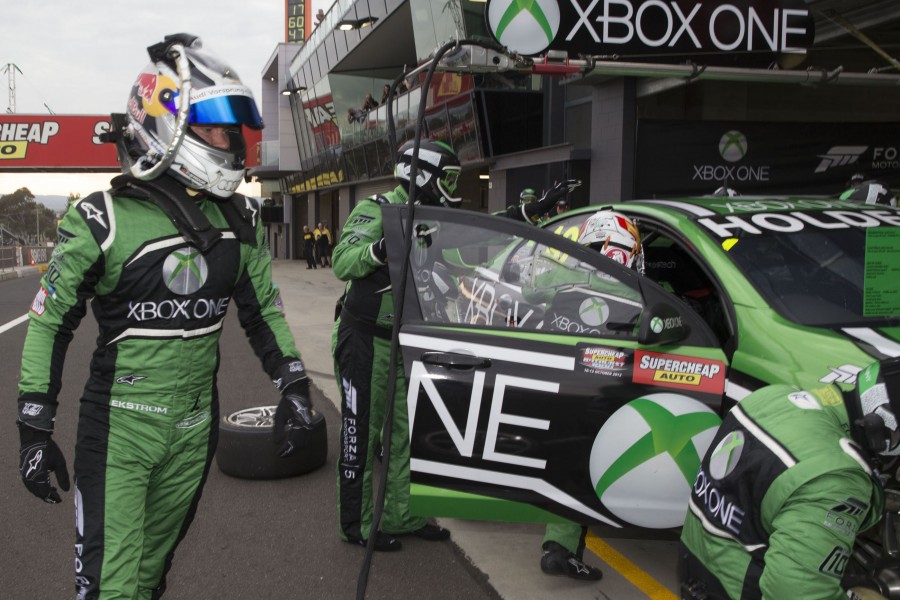 Perhaps the most impressive of this list, Ekström’s efforts in the Xbox-backed wildcard at Bathurst in 2013 are stuff of legend.

The Swede, who’d not seen Mount Panorama or raced a Supercar before, qualified 18th in the 28-car field and was leading the race when he handed over to Priaulx for the final time.

Marginally short of being able to make it to the end on fuel, any chance of a win were soon dashed by a lock-up from Priaulx that required another stop. They finished 10th. 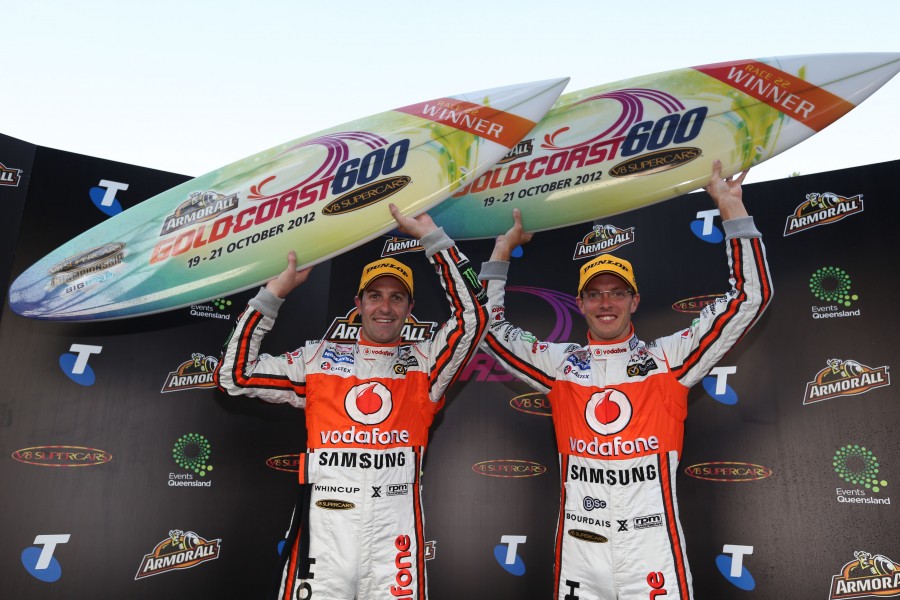 Familiar with the Gold Coast circuit following his Champ Car efforts, Bourdais performed strongly on his Supercars debut in a Triple Eight-built Tekno Ford in 2010 and was recruited by the main squad the following season.

He teamed with Jamie Whincup in 2011 and ’12, taking a win and a second from the two-race event each time, becoming the second Frenchman after Muller to score victory in a Supercars race.

Bourdais’ one and only full PIRTEK Enduro Cup campaign to date came with Walkinshaw in 2015, when he again impressed with his speed alongside Lee Holdsworth. 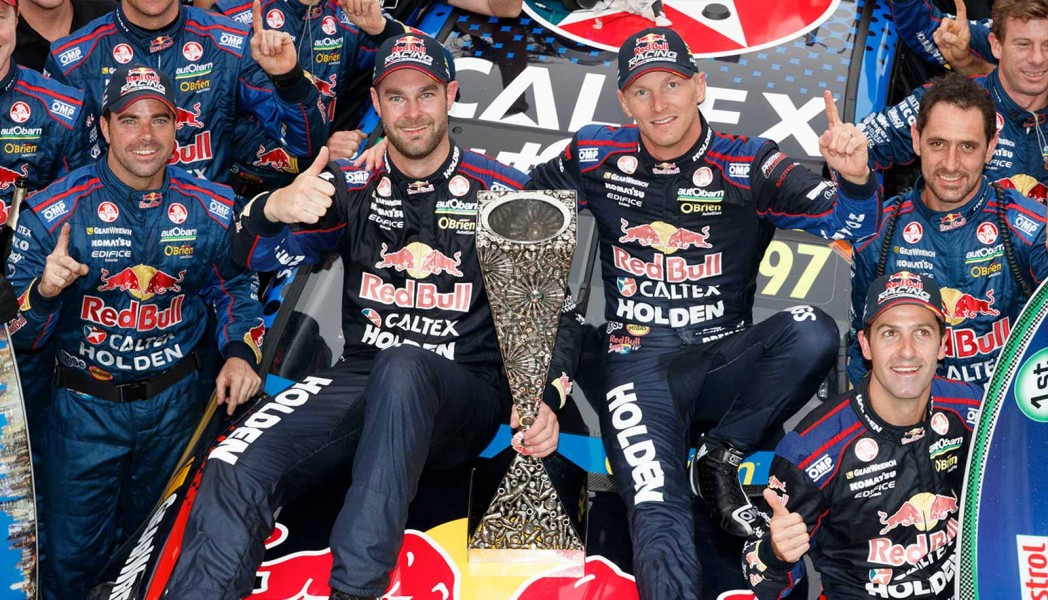 Although highly experienced in Supercars due to his two full-time seasons and two enduro campaigns with Garry Rogers Motorsport from 2012-15, Premat was still a surprise choice by Triple Eight for the ’16 enduros.

Paired with Shane van Gisbergen, the Frenchman defied critics of his earlier fast-but-erratic style, driving a near faultless three-event program that included a win on the Gold Coast.

Seconds in the remaining races netted the Enduro Cup and helped van GIsbergen to the title, before being poached by DJR Team Penske for this season. 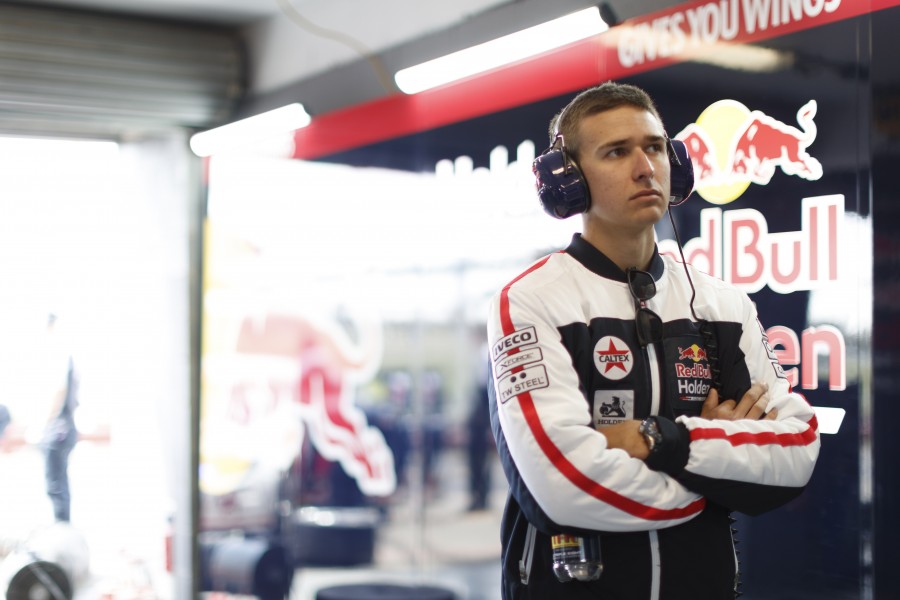 Triple Eight again looked overseas to replace Premat, with Queenslander Matt Campbell based in Germany this year racing in the Porsche Supercup as a factory-backed driver.

With just a single previous Enduro Cup campaign under his belt with Nissan the previous year, Campbell’s signing was again a talking point ahead of the enduros.

He performed strongly at Sandown and the Gold Coast, but had a rough run in the wet at Bathurst, dropping off the lead lap amid a series of offs – including being punted twice – early in his first stint.