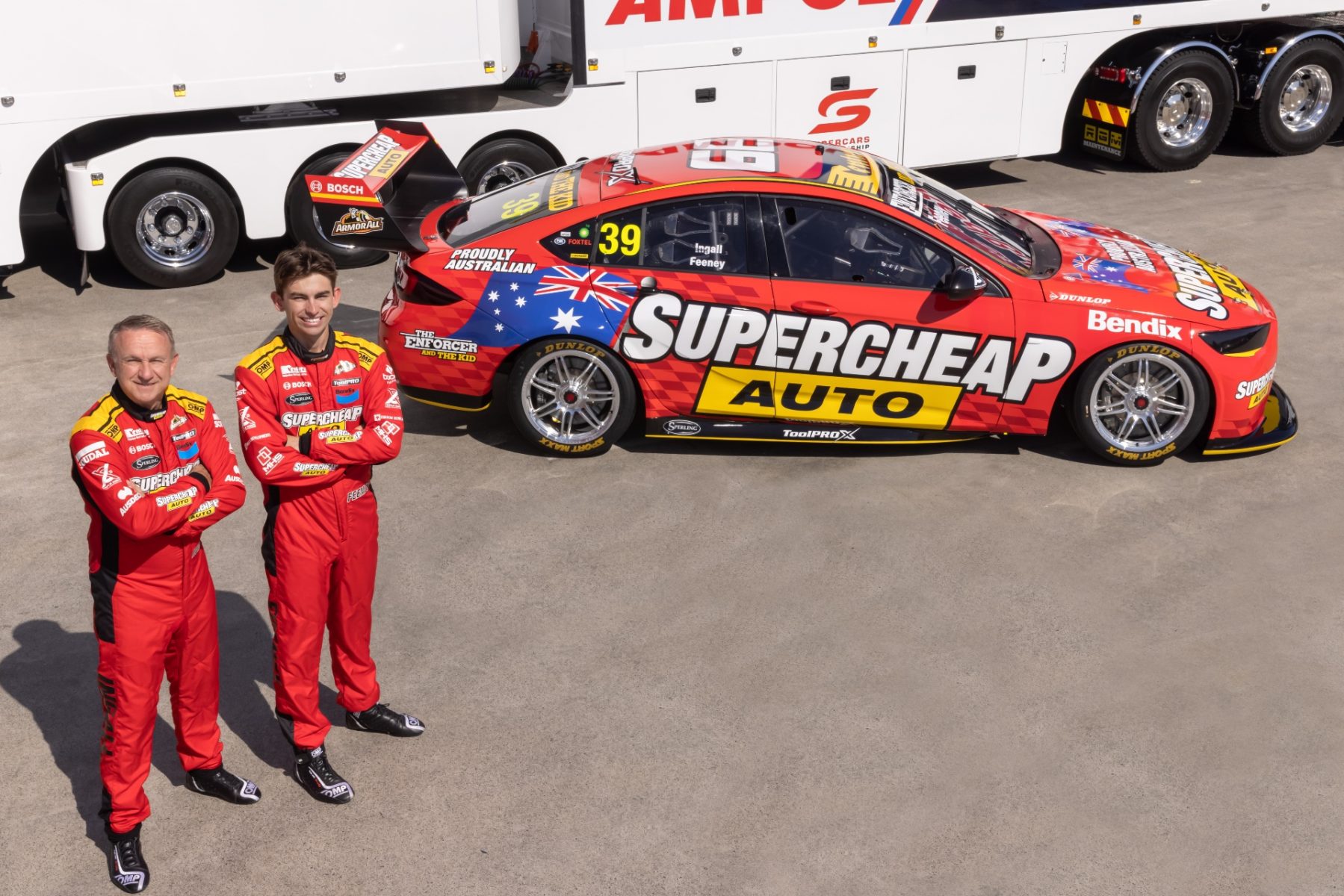 Triple Eight Race Engineering has taken the covers off the Supercheap Auto-backed Bathurst wildcard for Broc Feeney and Russell Ingall.

Feeney and Ingall will combine in the #39 Supercheap Auto Commodore ZB for December's Repco Bathurst 1000.

It will mark Feeney's second Great Race start, and the 26th for two-time winner Ingall.

18-year-old Feeney and 57-year-old Ingall will set a new record for age differences between driver pairings for the Great Race. 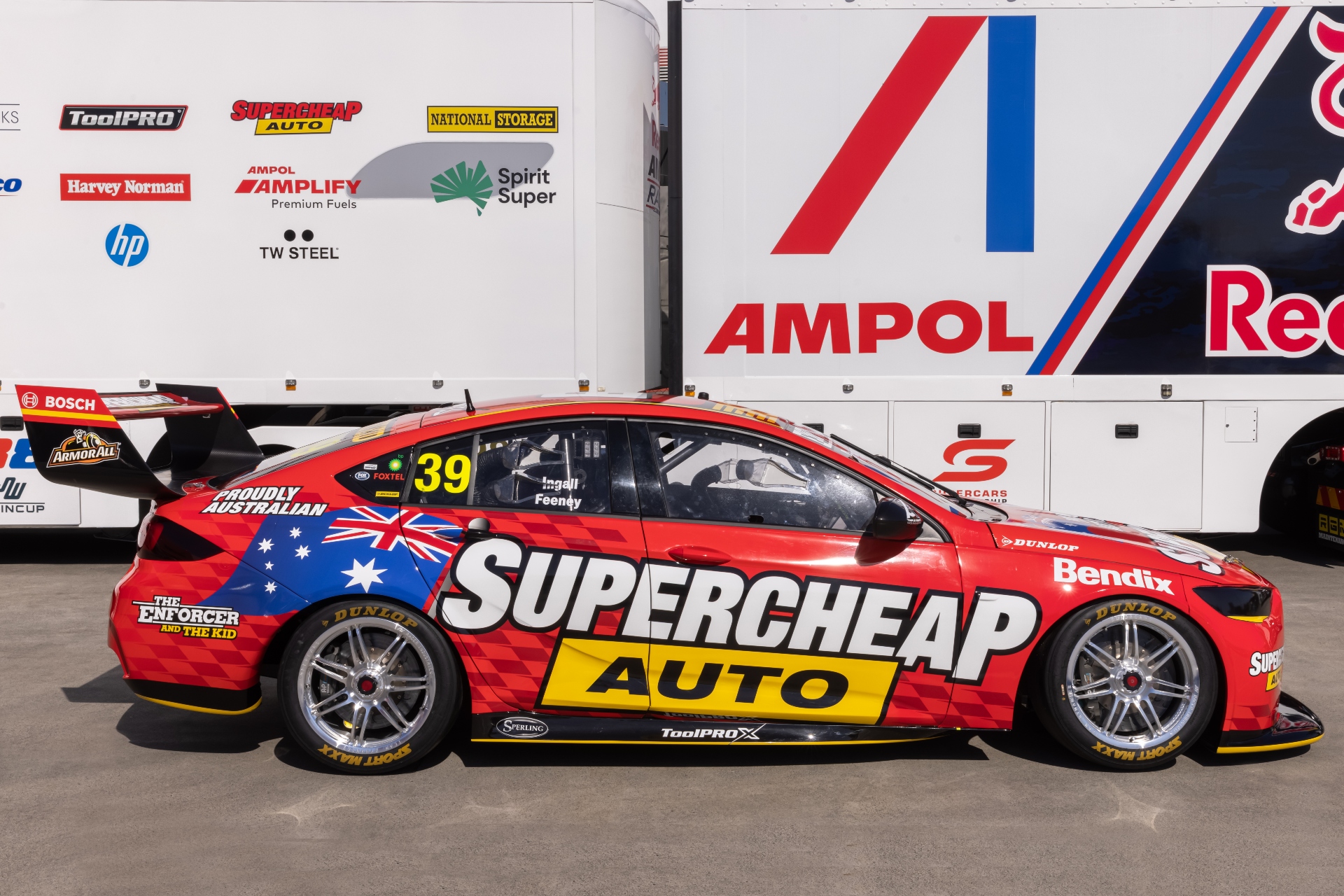 The two drivers were born 38 years and 236 days apart; Feeney was just three years old when Ingall won the series title in 2005.

As such, the car will also carry 'The Enforcer and the Kid' branding.

Supercheap Auto will also carry 'Proudly Australian' branding on the car. Supercheap Auto hires over 4000 team members, from over 300 Supercheap Auto retail outlets, some of whom were on hand to see the car for the first time at Wednesday’s launch. 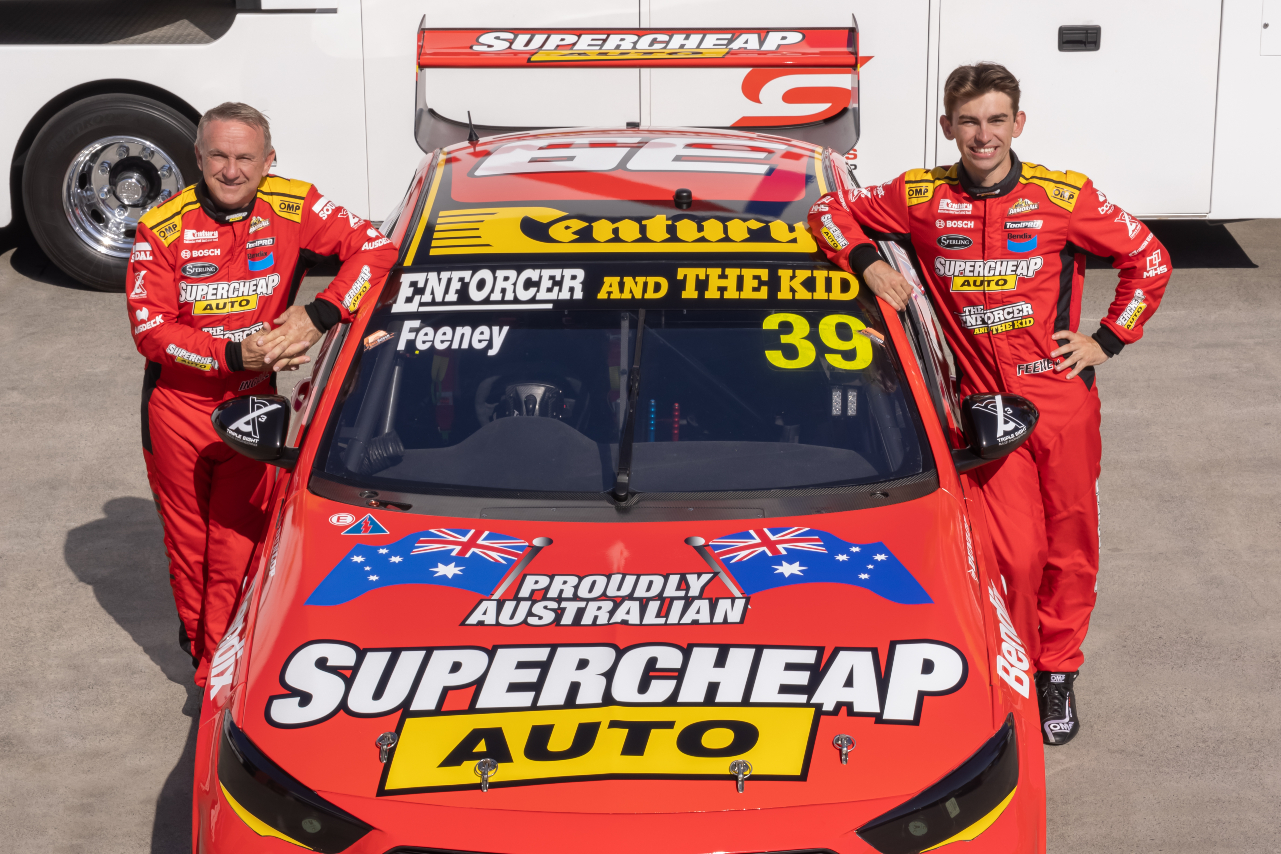 The livery also includes ToolPro branding as the official tool partner of the team, as well as trade partners Century Batteries, Armor All, Bosch, Bendix and Sperling.

Ingall, who last started at Mount Panorama in 2016, was excited to return to Bathurst alongside a familiar partner.

"I think if there was any doubt about the passion Supercheap Auto and its people have for motorsport, they have all been erased today," said Ingall. 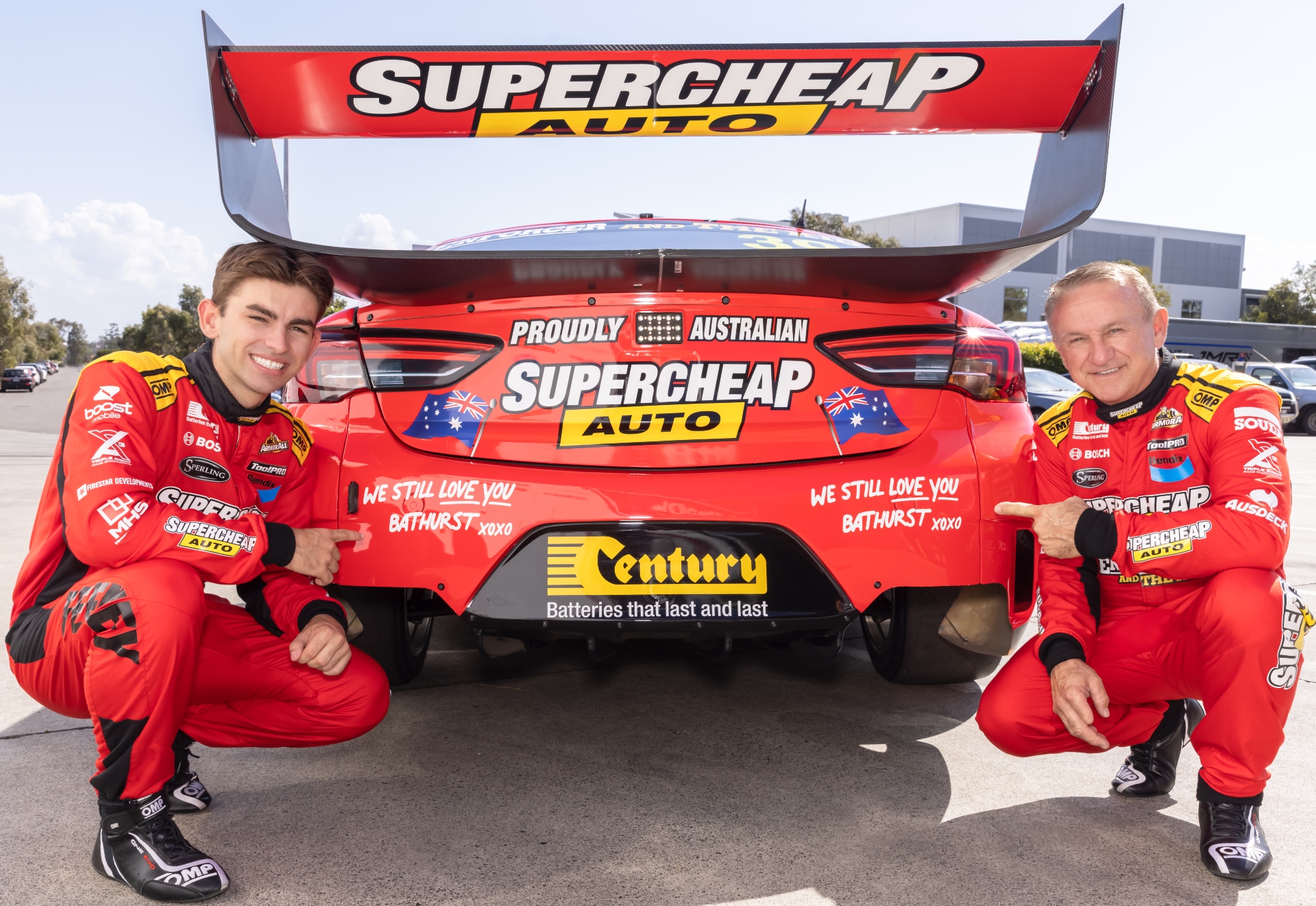 "Supercheap Auto has always been proudly Australian and has been a part of so many people’s lives.

"I think the ‘Proudly Australian’ branding is perfect to carry on a car sponsored by Supercheap Auto which is an incredible Australian business success story.

"This whole exercise has seen a collaboration from so many people. All of them getting on with the job with a real Australian ‘can do’ attitude.

"I think the car will be one of the best looking race cars I have ever driven at Bathurst and I cannot wait to see the fans’ reaction.” 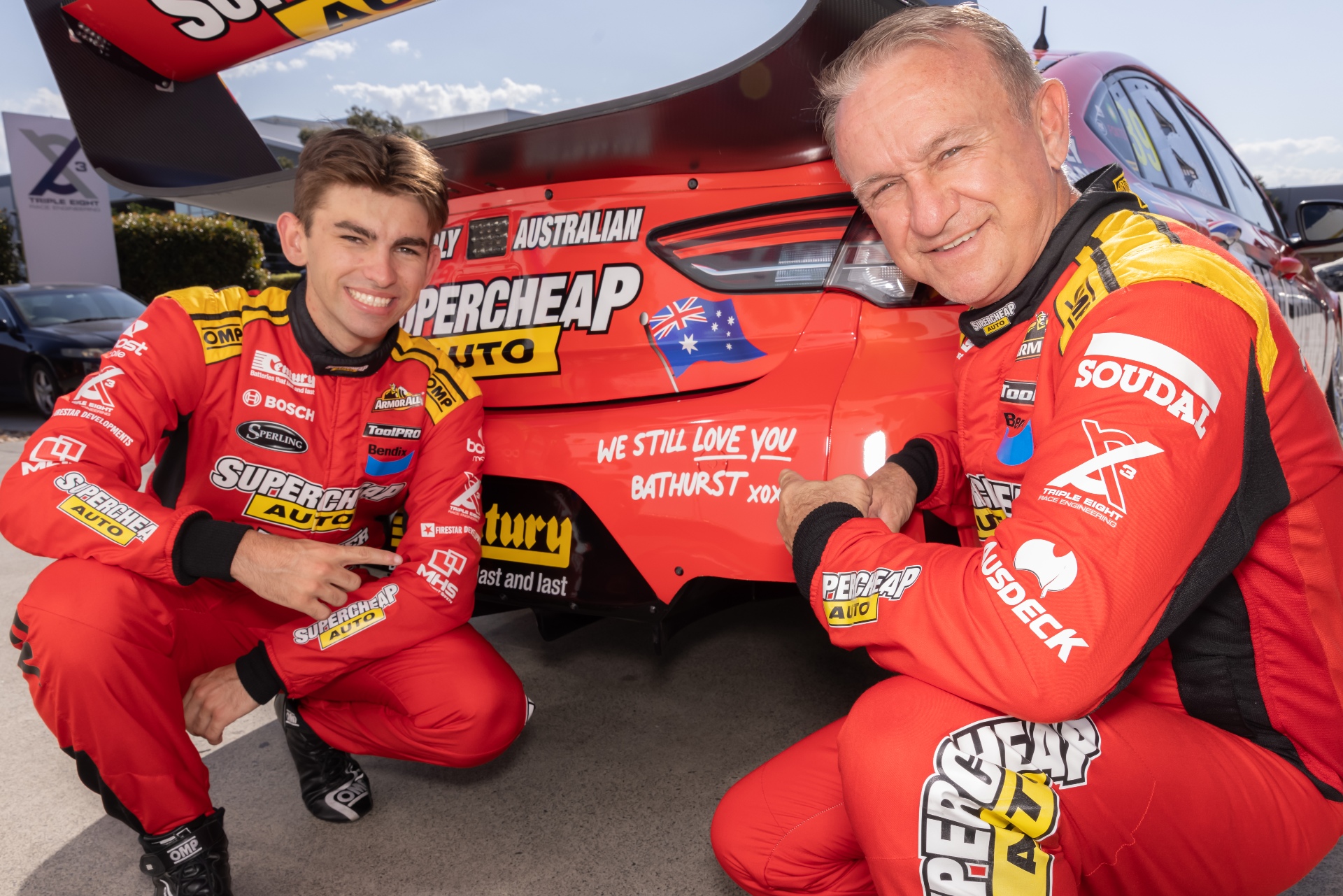 "I really feel the passion for motorsport within the Supercheap Auto family and it’s pretty cool to be racing in these iconic colours at Bathurst.

"I think it will be one of the best looking race cars out there. Let’s hope it is one of the fastest as well."

Feeney and Ingall will have one final test day leading up to the Bathurst event, which is scheduled to be held across November 30 to December 5.