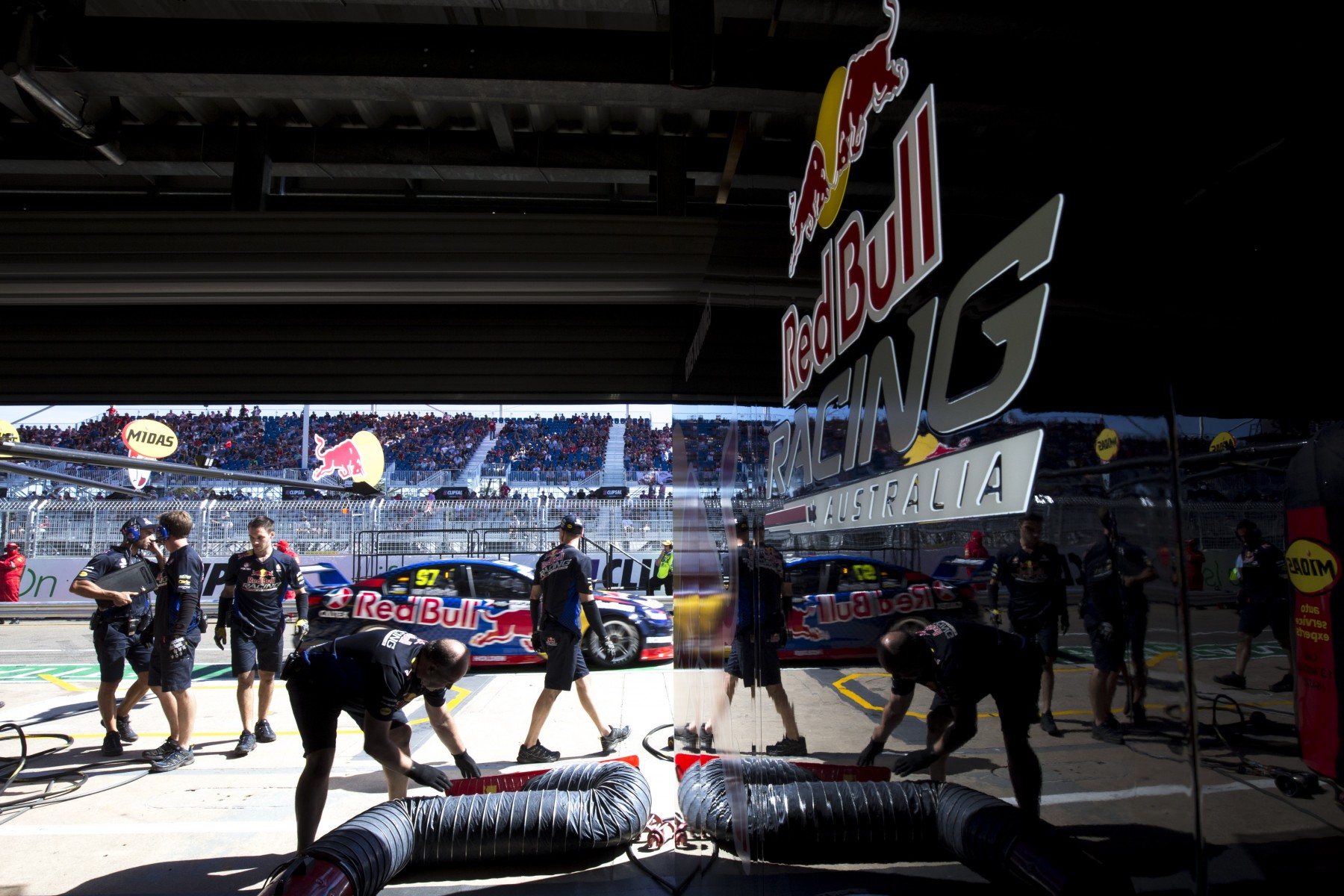 Triple Eight Race Engineering will this week review its debut performance at the Clipsal 500 as a three-car operation and almost certainly make personnel changes prior to next week’s non-championship outing at the Formula One Australian Grand Prix.

The expansion beyond two cars for the first time by the most successful V8 Supercar team of the last decade was one of the major taking points in the off-season and team manager Mark Dutton conceded the championship opener showed there was work to be done to get the structure right.

“We are generally pretty happy but we do have to be pretty critical at these early stages with procedures and personnel,” Dutton told v8supercars.com.

“So we have to re-evaluate every one in their new positions because we have quite a few new people and see – to be brutally honest – if that person is the best person to be a run-on or should they be a reserve.

“So we will do a little bit of that.”

There were some high profile errors made by the team, including a poor pit stop for Shane van Gisbergen on Saturday, and Lowndes and Whincup referencing various issues with the cars.

But Dutton said there were other less obvious concerns that had been identified during the Adelaide parklands event that would be reviewed as early as today (Tuesday).

“There were some areas especially with the new people that I would have hoped to have been a little bit stronger,” he confirmed.

“It is tough because you just come to expect that everyone is at a certain level and you don’t sometimes give juniors the credit for how much all of us have learned and experienced.

“You just think it's normal to go to this (high) level and when people are going to this (lower) level you wonder why. But the reality is some people probably can’t.”

Dutton refused to be specific about what concerned him, although he did reveal some work was being completed at the track that should have been finished before the cars left their Banyo base in Brisbane.

“There were some instances where you go ‘you had time to do that at home and you didn’t, the rest of us are busting our arses why weren’t you, why isn’t that stuff ready?’

“And you have to be a little bit harsh at times because that’s the game we play. Everybody has to perform at the same level.”

Because of the extremely high level of competition in the championship, Dutton said personnel and process changes would have to be made quickly.

“It's not nice but it’s sport. If someone runs on the field and doesn’t perform you need to put someone else on.

Dutton said the performance of new personnel brought ‘off the bench’ into the race team for the AGP would then be assessed against the person they replaced, before a final choice was made between them for the next championship event in Tasmania.

Despite the issues Whincup still emerged from a weekend of intense and sometimes bizarre and bedlamic racing with a race win and second place in the drivers’ championship.

Van Gisbergen managed a podium and is third on points. Lowndes managed a best finish of seventh and is 14th in the drivers’ championship.

On to the AGP