Triple Eight team manager Mark Dutton has labelled Jamie Whincup’s penalty in the opening leg of the Perth SuperSprint fair after a post-race explanation from officials.

Whincup had five seconds added to his race time, dropping the #1 Holden from sixth to 11th in the result, after making contact with the back of Chaz Mostert at Turn 7 on lap 33.

Mostert, who had slowed to make pit entry on the inside exit of the right-hand corner, spun due to the hit from Whincup.

Officials reviewed the incident in-race and handed out the penalty, despite earlier Turn 7 contact from Garth Tander on James Courtney going unpunished.

Initially aggrieved at the situation, Dutton visited Race Control post-race, where the differences between the two outcomes were explained.

“It looked a little bit harsh from the angles I’d seen, but Bairdo (Driving Standards Advisor Craig Baird) had more cameras, more angles [than we had],” said Dutton.

“Mostert – although he didn’t indicate as sometimes you get the drivers to do, especially when you’re doing a different strategy like a second stop – in this instance was hugging the inside, which was enough indication to Jamie. So if that’s the case, that’s fair enough.

“Courtney’s looked like a late call. He was way out [wide in the corner] and turned across in front of other people. That (Tander not being penalised) makes sense.” 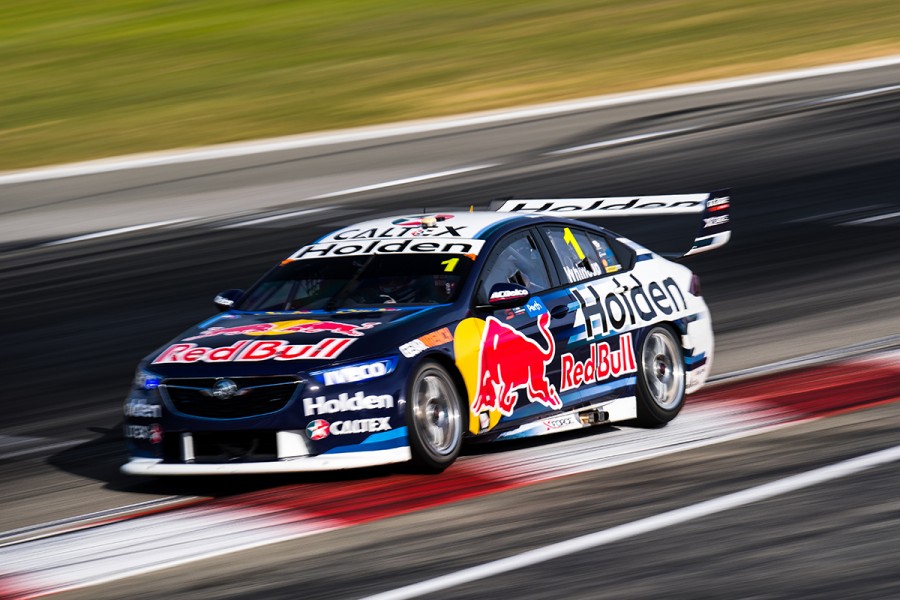 While Whincup apologised to Mostert post-race, Dutton said the fact officials allowed drivers to run around the back of the Turn 7 exit kerb contributed to the two pitlane entry incidents.

“The bigger issue with the corner was, because the car would exit and do the silly Turn 7 thing, they’re actually going through there 10km/h quicker,” he continued.

“Now there’s such a differential between coming into the pits and [going through] that corner, bigger than it’s ever been, hence Mostert has done the right thing, so doesn’t deserve to be turned around.

“He’s not in the wrong, we’re in the wrong, but by nature of that exit kerb being able to be used, the chance of incident is so much higher than it was in the past.”

Tickford boss Tim Edwards was relaxed about the contact and subsequent penalty after Mostert ended up 10th, one place ahead of Whincup.

“I don’t really have a view on it. It hampered Chaz’s day, but accidents happen, it was one of those things,” said Edwards.

“Where he got turned was very early in the corner. I think it’s because he turned him so early, whereas I think the Courtney one, he was further around before trying to get back in. 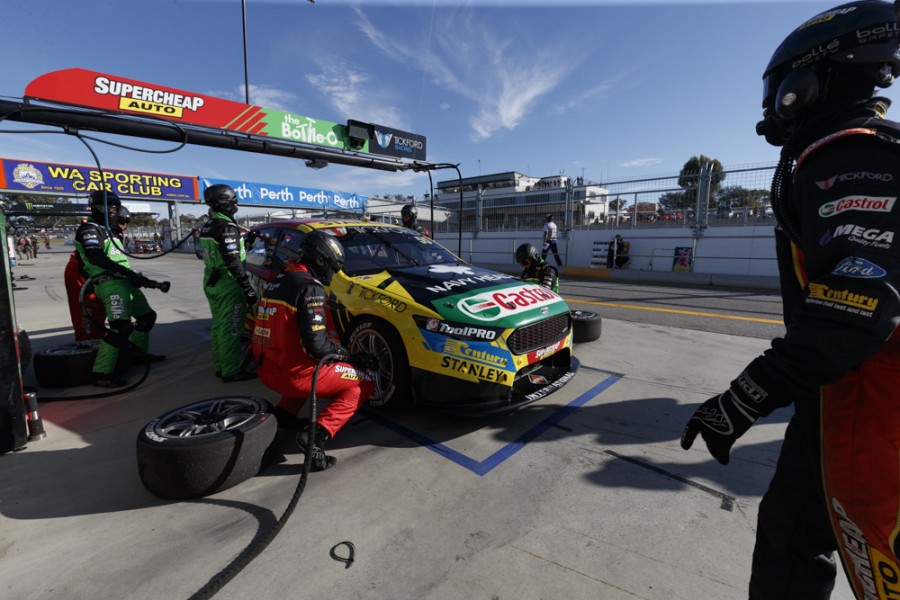 “I could say five seconds wasn’t enough, because it cost Chaz more than that, but I’ve given up on worrying about these sorts of things, the outcome is the outcome.”

Asked whether Mostert should have used his car’s indicator to warn Whincup he was pitting, Edwards said such an action is seen as a strategic disadvantage.

“They were racing each other,” he said.

“They may well have been on identical strategies and it could well have influenced Jamie’s decision to pit or not if we’d given him the heads up.”

Dutton, meanwhile, expects the approach to the Turn 7 track limits will be changed for Sunday, which he feels would alleviate the pit entry issue.

“I think they’re looking at it,” he said.

“They didn’t think, and I understand the logic, that drivers were going to use it in the way they did, because if you take a little bit of it, there’s no gain.

“But it’s when the drivers start really mauling the corner under brakes, and using that for extra braking… you hurt your exit, but when you gain so much on the brakes and go off the track, it started looking silly.

“When the officials did that rule, they didn’t expect people to maul the corner as much. Hence they say they’re going to do something overnight, which is the right thing to do.”