Triple Eight made drivers ‘work a little too hard’ 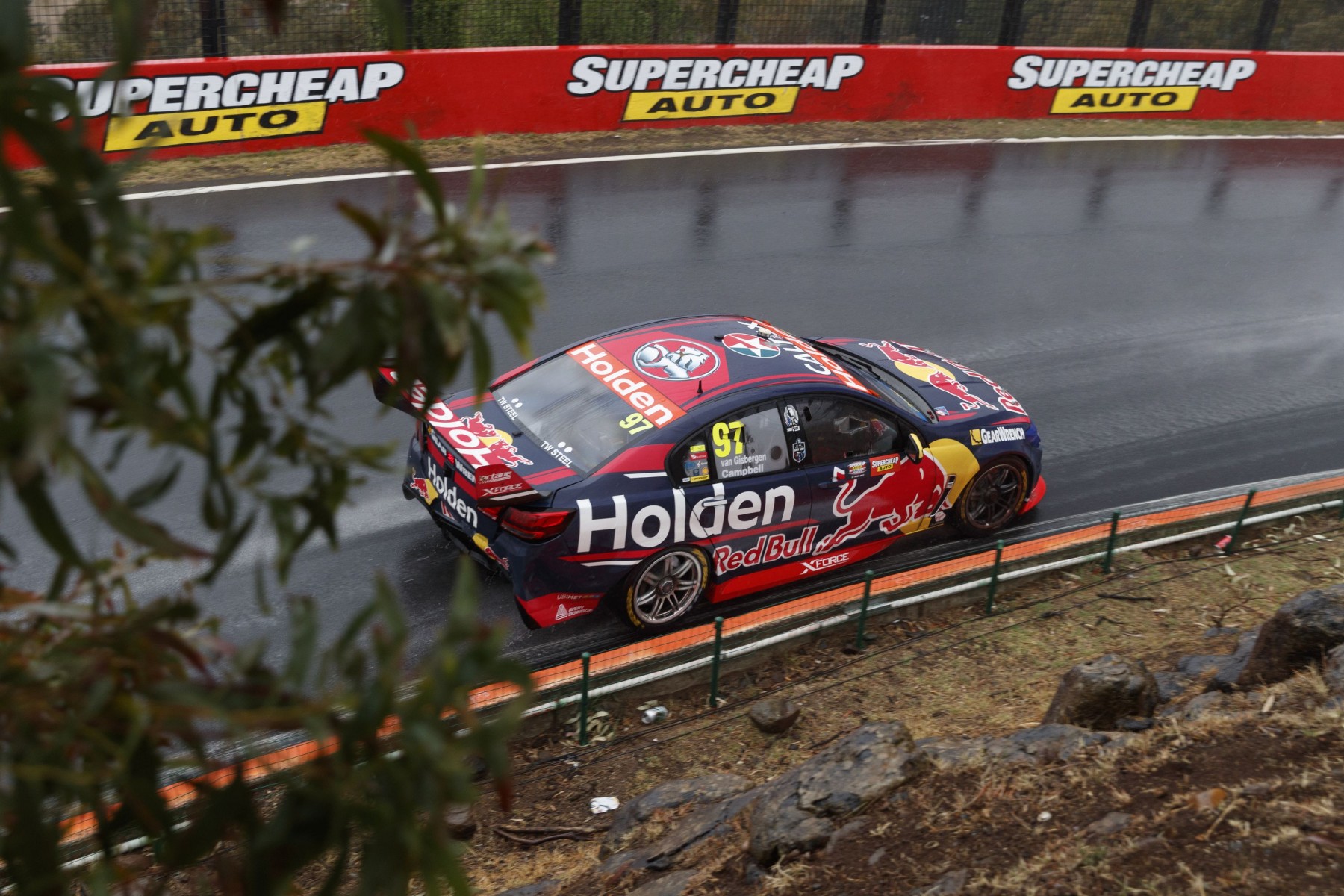 Mark Dutton concedes Triple Eight made its drivers “work a little bit too hard” with their Commodores in a Supercheap Auto Bathurst 1000 held in trying conditions.

All three cars spent time off-track, with Shane van Gisbergen and Matt Campbell its lead finisher in fifth, even after going down a lap early and two incidents in the last 17 laps.

A broken valve ended Jamie Whincup and Paul Dumbrell’s challenge, while Craig Lowndes and Steven Richards were never a factor, falling off the lead lap in the first half and finishing 11th.

The Whincup/Dumbrell and Lowndes/Richards Commodores were forced to change brake pad manufacturers during a difficult build-up in which Whincup struggled for pace and van Gisbergen crashed in practice.

The two Red Bull Holden Racing Team entries battled with visibility through fogged-up windscreens, Dumbrell even captured using a squeegee down Conrod Straight on several occasions to clear it.

“I’m surprisingly a lot happier than I thought I would be for the results because everyone all weekend in the team has slogged it out,” Dutton told Supercars.com.

“It’s been a tough one from Thursday, even in the lead-up we’ve been excessively busy, but such is life.

“To be in the fight when none of us - engineers, drivers, et cetera - were happy that we’d nailed the car set-up, we still had very good pace in the car, but probably because we’d pushed a bit harder than ideal.

“But it’s Bathurst, you do that. Unfortunately when you’re pushing that hard, mistakes can happen. 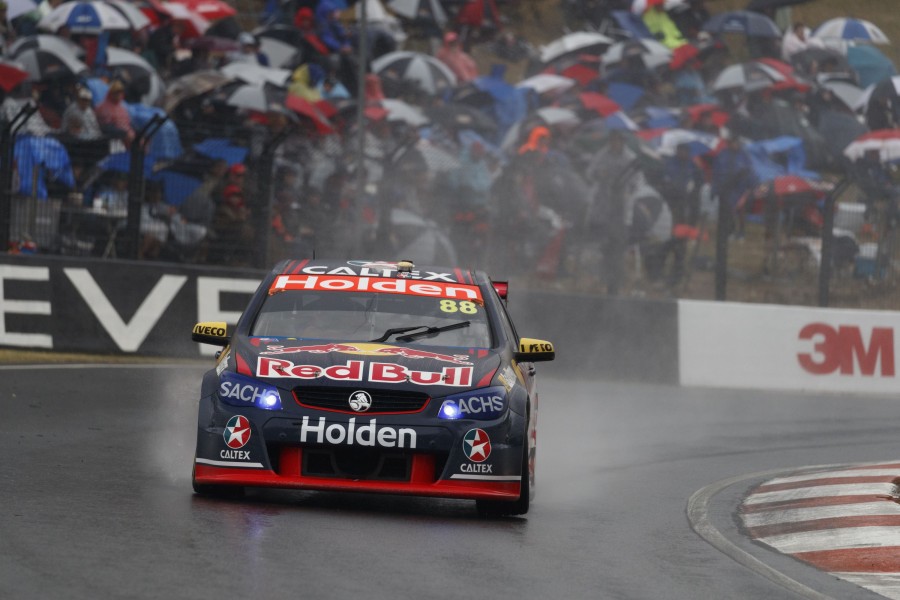 “That’s why I think we made them work a little bit too hard, because you don’t see any of them making mistakes and little lock-ups and things like that [normally].

“Unfortunately we had to react to a brake-disc issue, we’re not blaming that but it definitely didn’t help - you would never do that by choice.

"When you’re trying to get it done lap after lap, and there’s a little issue and muscle memory kicks in, it’s so difficult to maximise. But I’m really proud of everyone’s efforts.”

When Whincup’s engine dropped a cylinder on lap 120, he was running one spot ahead of the Scott Pye/Warren Luff Mobil 1 HSV Racing Commodore that finished second, having cut his way from 11th to third in the wet opening laps.

Lowndes felt he had an “issue with the car”, particularly struggling for pace in the rain and unable to make inroads from 19th on the grid.

Van Gisbergen lost what looked an unlikely shot at victory with an off at The Chase on lap 150 that punctured a tyre, having already overshot Murray’s Corner while leading the field back to a Safety Car restart six laps earlier.

“He was pushing hard, wasn’t he?” Dutton added of van Gisbergen. “It was fun to watch.

“Obviously the last restart, that one caught us all a bit off guard and was a bit disappointing.

“You wouldn’t be human if you’re not disappointed there. Shane came in and was very apologetic after the race, but as we all said to him - not just myself - ‘mate, we win and lose as a team, you were pushing hard’.

“No-one needs to put their hand up individually, it was a group effort.”

After starring at Sandown, Campbell had a torrid double stint in the #97 Commodore that van Gisbergen had pitted from fourth place.

Trying to get up to speed on cold wet tyres, he let several drivers through before being turned around by Michael Caruso’s Nissan at the Cutting on his outlap. 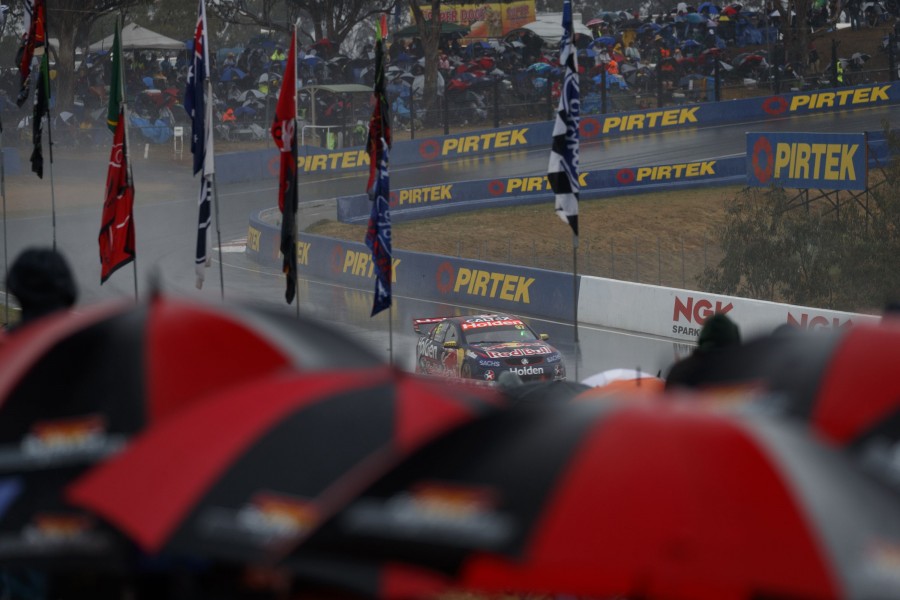 Campbell ultimately had four more moments, albeit one as a result of a hit from Jonathon Webb, and handed the car back one lap down.

“Once again, I think it was the level we had to ask him to push,” Dutton said of the Porsche-backed youngster.

“99 percent of the time, he was actually one of the quickest cars on the circuit.

“It was very sensitive to wet [tyre] pressures, a lot more than normal, which was good when we were nailing them and getting them right. Not so much fun for the drivers when we weren’t.

“In Matt’s first stint, he wasn’t very fast, [race engineer] Grant [McPherson] tuned up the pressures for the next stint and he’s literally the fastest car on track.

“It shows that he was capable of doing it, but obviously a few little errors there.