Triple Eight Race Engineering is excited to announce that the team is gearing up to field a third entry in the V8 Supercars Championship from 2016 onwards.

Five-time Bathurst 1000 winner and driver of the No.888 Holden Commodore, Craig Lowndes, has agreed a new two-year contract with the Brisbane-based outfit, continuing a highly successful relationship that has seen him finish second in the championship no less than five times over 10 years ('05, '06, '11, '12, '13).

Joining the line-up in 2016 alongside Lowndesand six-time series champion Jamie Whincup will be last year's championship runner-up, Shane Van Gisbergen, who the team is extremely pleased to welcome to Triple Eight on a three year contract.

The highly accomplished 25-year-old New Zealander made his debut in the V8 Supercars Championship in 2007 and has since gone on to claim nine race wins, including seven in the last two seasons with the Tekno Autosports Team.

"Given the growing trend of larger teams and the intense competition that this brings, we felt that this is the ideal time to add another entry to our championship campaign to enhance the competitive depth of the team," said Triple Eight Managing Director Roland Dane.

"With Jamie, Craig and now Shane at the wheels of the Triple Eight Holdens, we will be fielding the strongest line-up in one of the world's most closely fought categories, but for now we are focussing on the 2015 championship." 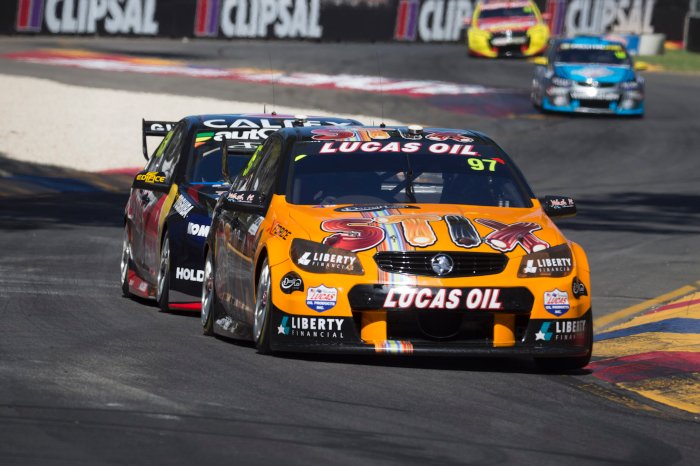 Jonathon Webb, owner of Tekno Autosports added: "Obviously we are sorry to be losing Shane at the end of the year; we have shared a lot of success over the past two years and we are looking forward to another fantastic year together in 2015.

"I have had a long relationship with Roland and Triple Eight Race Engineering and we look forward to working together into the foreseeable future with a new face behind the wheel of our race car."

The teamalso announces that Red Bull has extended its partnership with the championship-winning team to the end of 2017, with an option for 2018.

Roland Dane went on to say that: "We're all thrilled that Red Bull will be continuing their relationship with not just Triple Eight, but the category as a whole. As a team, we have achieved some truly remarkable things together and we look forward to seeing what else can grow from this partnership over the coming years on and off the track."