Triple Eight Race Engineering has joined the fight against COVID-19, developing a prototype ventilator of its own.

The Supercars community has been active in its efforts to help the medical industry, with Penrite Racing producing a series of devices – and Team CoolDrive assisting with distribution – on top of Walkinshaw Andretti United’s earlier offer to make supplies.

Now, Triple Eight has revealed the project they’ve been working on since returning from the short-lived Beaurepaires Melbourne 400.

“As soon as we got back from the Grand Prix, Roland [Dane, team boss] had the idea to repurpose our resources in design and manufacture, so straightaway he wanted us to start looking into ventilators,” said Triple Eight team manager Mark Dutton.

“The world is screaming out for them, so we started just doing some initial research the week after the Grand Prix and then started the design work on Friday the 20th [of March]. 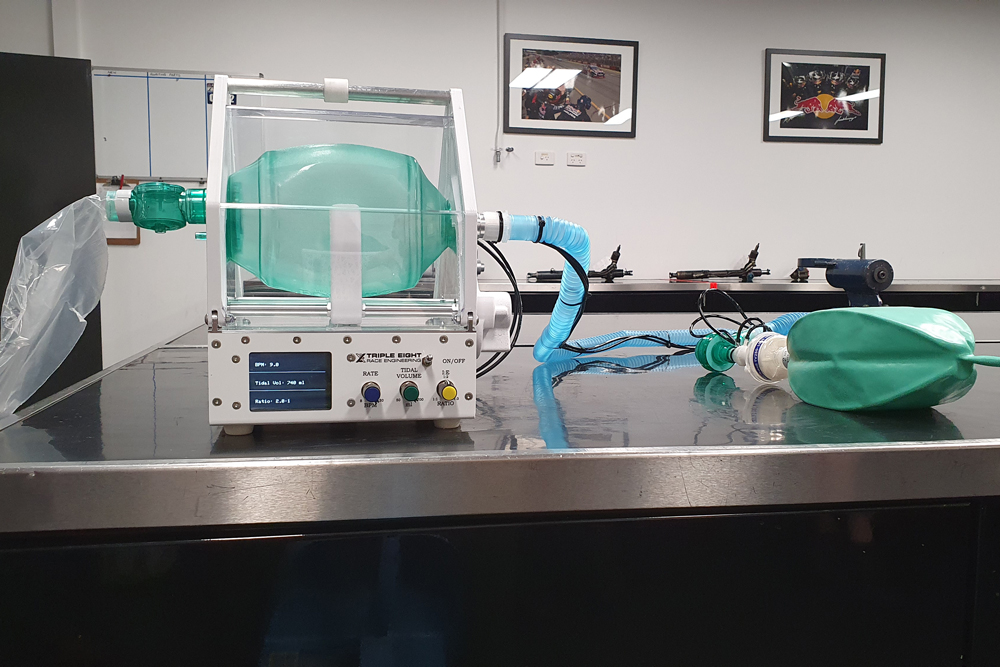 “One week we’re at the race track trying to go fast and then the next thing the whole world is screaming out for ventilators, so you know, stop in your tracks, do a full 180 and do something completely different.

“… Friday we started the design, by Monday we had a working prototype.”

Dutton noted they’re happy to take any feedback on how to further improve the product.

“We do want it to be open source so we are going to put it out that any information people can help us to improve the product [we’ll take onboard],” he added.

“And if we can get other people around the world further with their own designs or if they can just take this and actually use it, then it’s out there for everyone.” 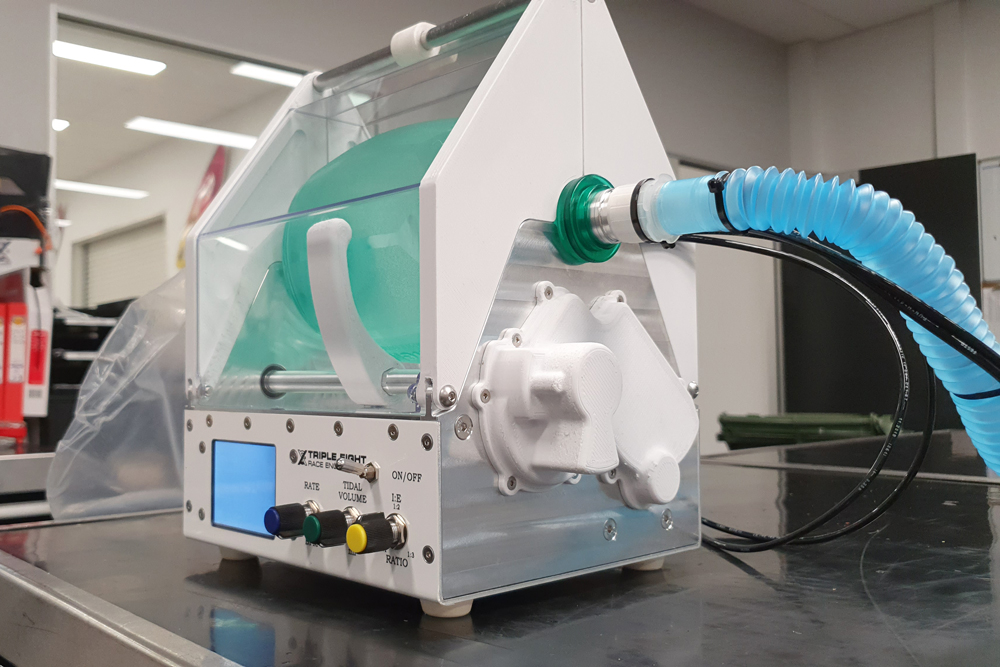 Triple Eight technical director Jeromy Moore described the ventilator’s features, from its ability to regulate tidal volume and breaths per minute, to being able to run for at least two hours without power.

“If this needs to be used, it could be a bit of a dire situation where it’s not in a hospital, it’s outside somewhere or in a set-up, sort of a small ICU unit, so power mightn’t be consistent,” Moore said.

“That means we need a bit of a UPS onboard, so if power drops down it can last for at least two hours until you can get the power back up and running into the machine.”

Triple Eight will compete in the BP Supercars All Stars Eseries beginning April 8 with both of its star drivers, Jamie Whincup and Shane van Gisbergen.