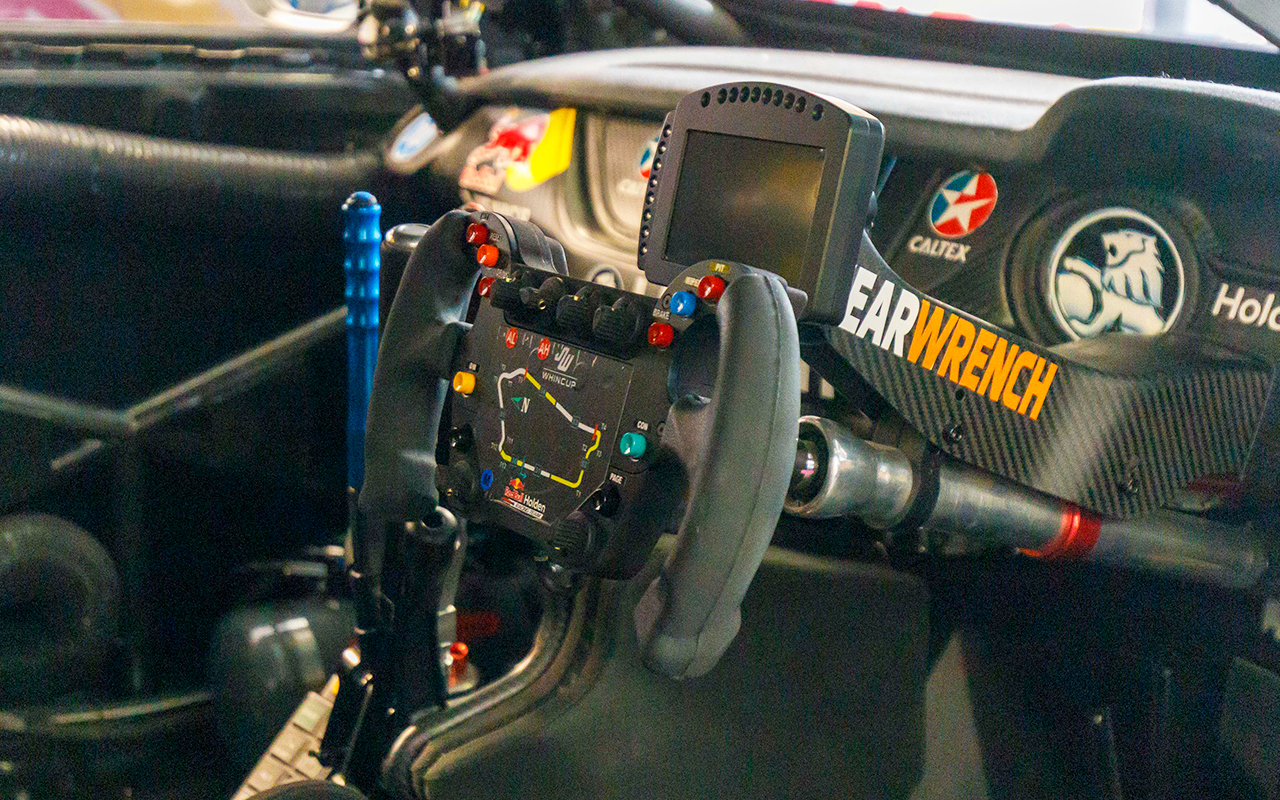 The Red Bull Holden Racing Team trialled an eye-catching new steering wheel in practice at the Penrite Oil Sandown 500, but won’t run it in a race just yet.

A departure from the rounded wheels usually seen in Supercars, the team debuted its Formula 1-style wheel, with top and bottom cutouts, on the #888 Jamie Whincup/Craig Lowndes entry.

It was used in the first two sessions, before the team opted to revert to its regular unit for the remainder of the weekend.

“We have constantly got new parts,” said Whincup, who caused a red flag in Practice 2 when he speared off and became stranded in the Turn 9 gravel.

“There’s half a dozen new parts on the car most rounds but one of those this weekend is the steering wheel. It’s visible, it’s always cool to talk about.

“We have been working on it for the last three or four months I’d say, just trying to get something a little bit nicer, the buttons in a better position.

“Craig had a spin with it this morning so he tested that out; we were a bit worried with not having a bottom and a top whether it would be OK to do the big shuffle.

“We might have to test it out again at Tassie [Symmons Plains] as well for the hairpin but it’s definitely a better thing.

“We probably won’t run it this weekend, but it’s good to get some miles on it.” 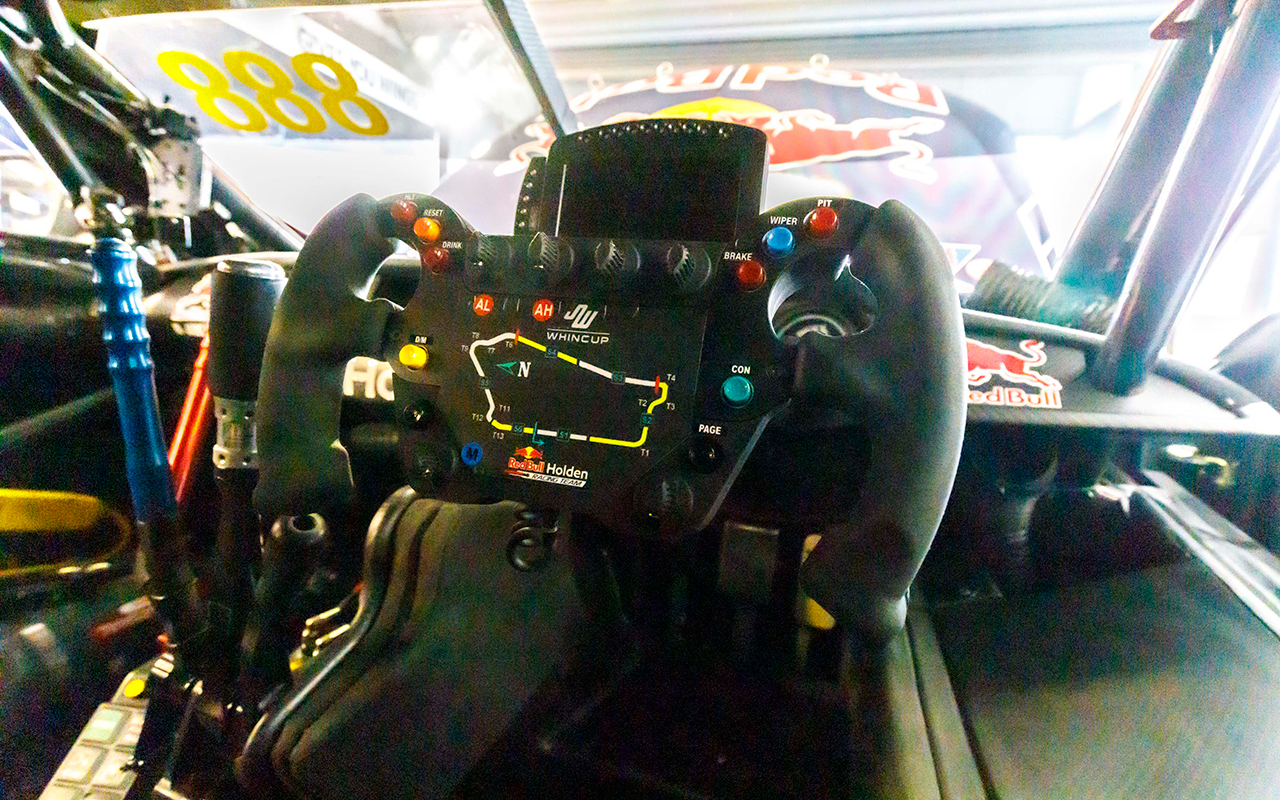 Asked after Practice 1 about what the team was trying to achieve with the wheel, Lowndes pointed to the ergonomic benefit during pitstops.

“Extracting in and out of the car, it just doesn’t have the bottom section,” he said.

“The hardest thing is, because of your muscle memory of the layout of the old wheel, is knowing which button to press and pressing the right one.”

Lowndes topped the third and final practice session of the day as he and Whincup chase their second win of the PIRTEK Enduro Cup.