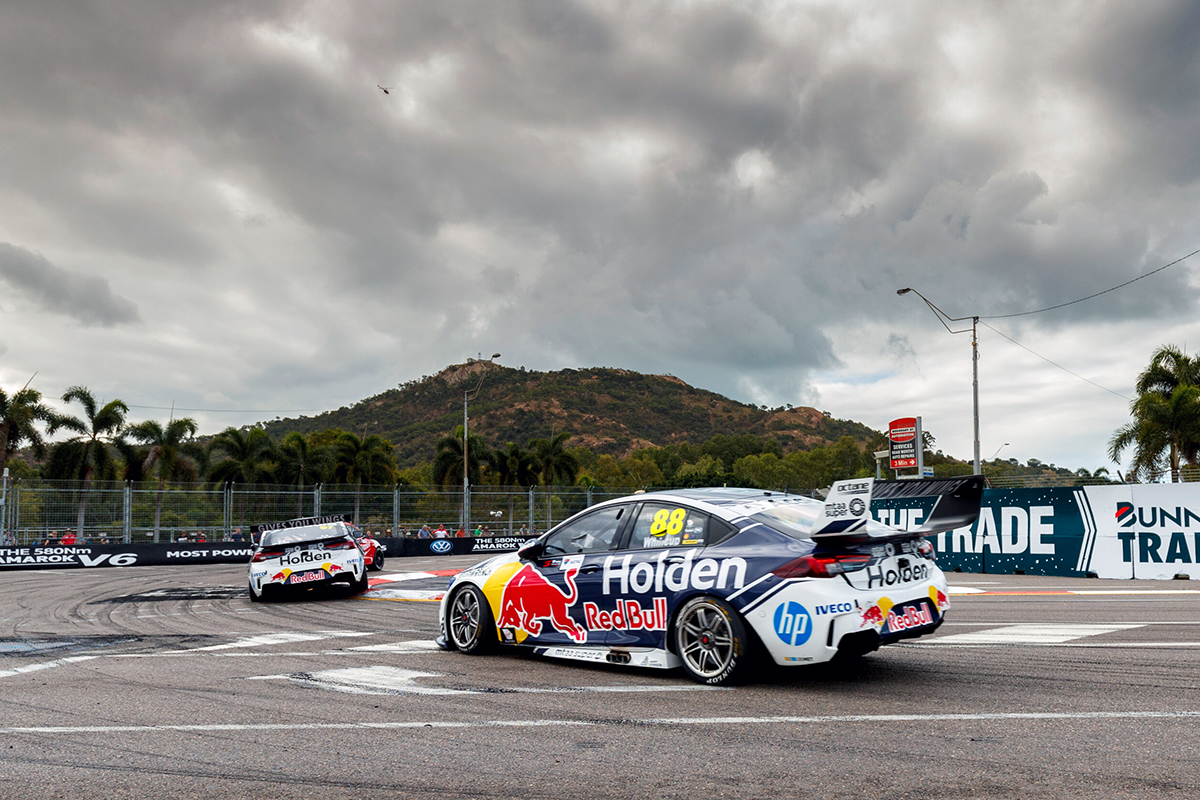 Mark Dutton says the Red Bull Holden Racing Team's latest development items head in the right direction, even if it meant the Commodores were "unrefined" in Townsville.

The factory Holden squad is working to bridge the gap to the Shell V-Power Racing Mustangs, which have dominated the 2019 season to date.

Its development program continued at the Watpac Townsville 400, where Jamie Whincup finished second in the dry on Saturday and Shane van Gisbergen won Sunday's wet race.

Reid Park has been a happy hunting ground for Triple Eight over the years, while opening practice on Friday and Sunday's chaotic race were hit by rain.

Asked if the team could get an accurate read on developments even with those caveats, Dutton told Supercars.com: "Definitely. Very positive.

"We came here with an overarching plan of what we wanted to do and what we thought would work for the car. It did.

"But as always what you don't always know is the magnitude of the side-effects of those set-up changes.

"We sort of predicted what side-effects would come and they did, good kudos to the engineers there by saying 'we think we're going to have to deal with these issues by going in this direction' and they all came true.

"It was still a faster car so it was the right direction, it was still an unrefined car, one you'd love to have here for a test day.

"Usually one of our big strengths is our kerb-riding ability and we lost a bit of that this weekend.

"That was one of the side-effects from the stuff we were doing but overall we had fast cars so it was good."

An early undercut and pace in clear air gave Whincup the lead on Saturday, until he was overtaken by points leader Scott McLaughlin in the final stint. 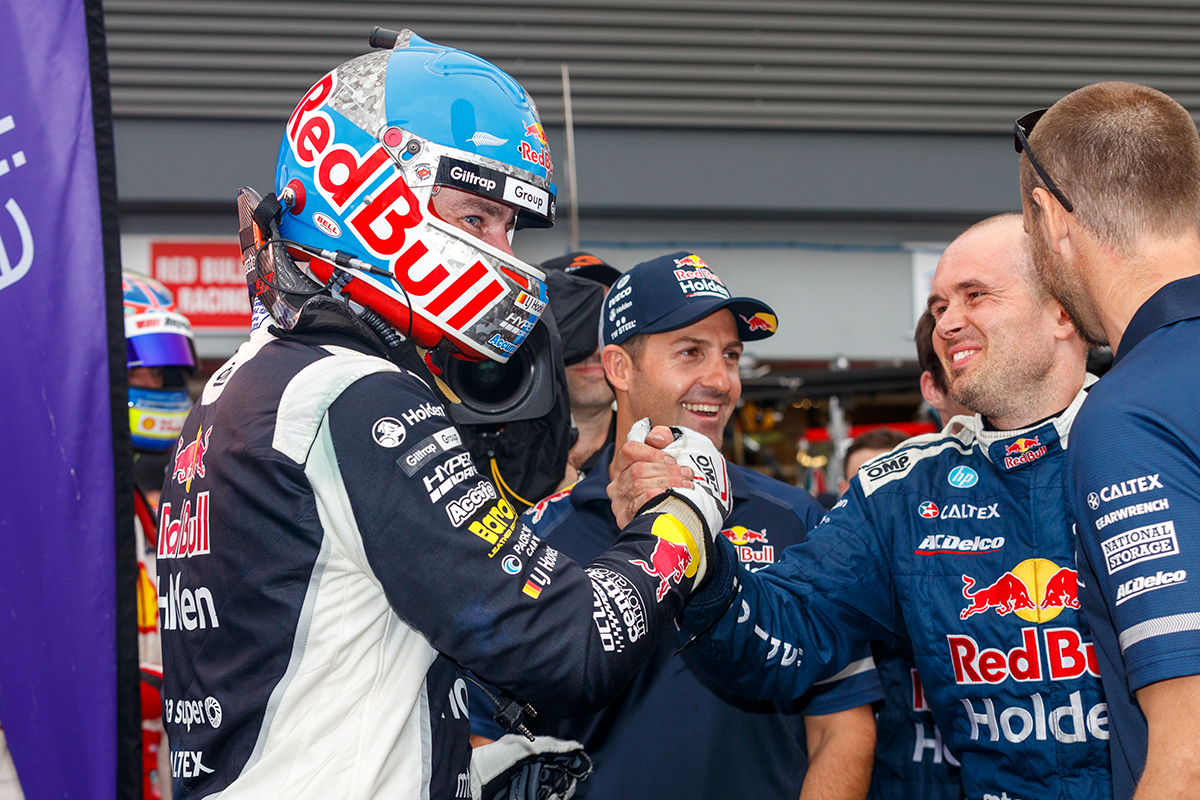 Van Gisbergen finished that race fourth, and won his and the team's second race of 2019 a day later.

Whincup was among the quicker cars in Sunday's greasy conditions, but crashed shortly after making his first pitstop.

Dutton highlighted one-lap pace as an area for improvement, van Gisbergen having started fourth and seventh and Whincup sixth and 12th.

"We still didn't have the level of consistency and pace we wanted in qualifying. Obviously that's evidenced by Jamie not being in the Shootout.

"Both cars were strong [on Saturday], Jamie's was exceptionally strong in those slippery conditions [on Sunday].

"I truly believe, all things being equal, that he would've been next to Shane; whether in front or behind or beside, they would've been racing each other.

"In those slippery conditions, he was doing a stellar job."

Whincup's Holden returned to Triple Eight's Banyo base on Tuesday, with the team reporting it had avoided significant chassis damage.

2019 BetEasy Darwin Triple Crown  ›
Stay In The Know
Sign up to the Repco Supercars Championship Newsletter
We use cookies to ensure that we give you the best experience on our website. If you continue to use this site we will assume that you are happy with it.Ok