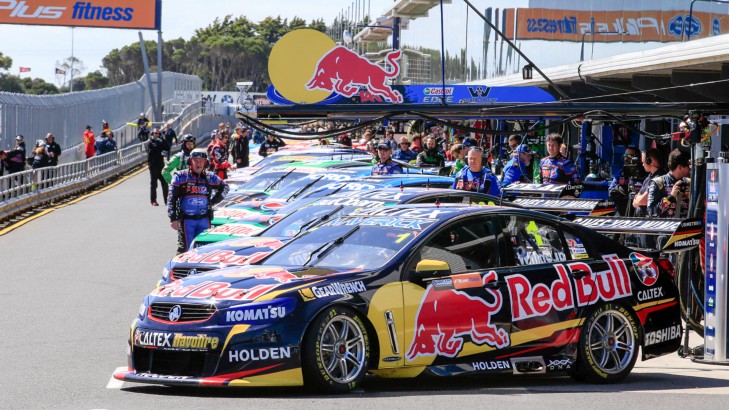 Casio Edifice Australia has ramped up itspartnership with Triple Eight Race Engineering, kicking off with the Sydney NRMA 500 this weekend as part of a two year contract.

Having joined Triple Eight - which races under the Red Bull Racing Australia banner in the V8 Supercars Championship - in 2013, the watch brand has significantly increased its involvement with the team, with the logo to appear on the wing mirrors of the #1 and #888 Holden Commodores of Jamie Whincup and Craig Lowndes throughout the coming two seasons.

Triple Eight Managing Director Roland Dane is pleased to welcome Casio Edifice onboard in a greater capacity for the coming seasons.

"We're very happy to have been able to expand an already successful partnership with such a globally prestigious brand," Dane said.

"We'll hopefully finish the season with a bang in Sydney and what better place for Casio Edifice to make their debut on the Red Bull cars?"

Casio Edifice Head of Sponsorship Brooke Richards is equally excited about the brand's increased involvement with the team, which provisionally secured itssixth Drivers and Teams V8 Supercars Championship titles two weeks ago at the Plus Fitness Phillip Island 400.

"We believe Triple Eight and Casio Edifice Australia both share the same vision to push technology and design, a solid foundation for a great working partnership," she said.

"We're thrilled that for 2015, Triple Eight Race Engineering will be the ones to watch!"

Red Bull Racing Australia will hit the track for the finale of the V8 Supercars Championship at theSydney NRMA 500 from December 5-7, with the Championship trophy to be awarded on Sunday. Click here for more information on the event.