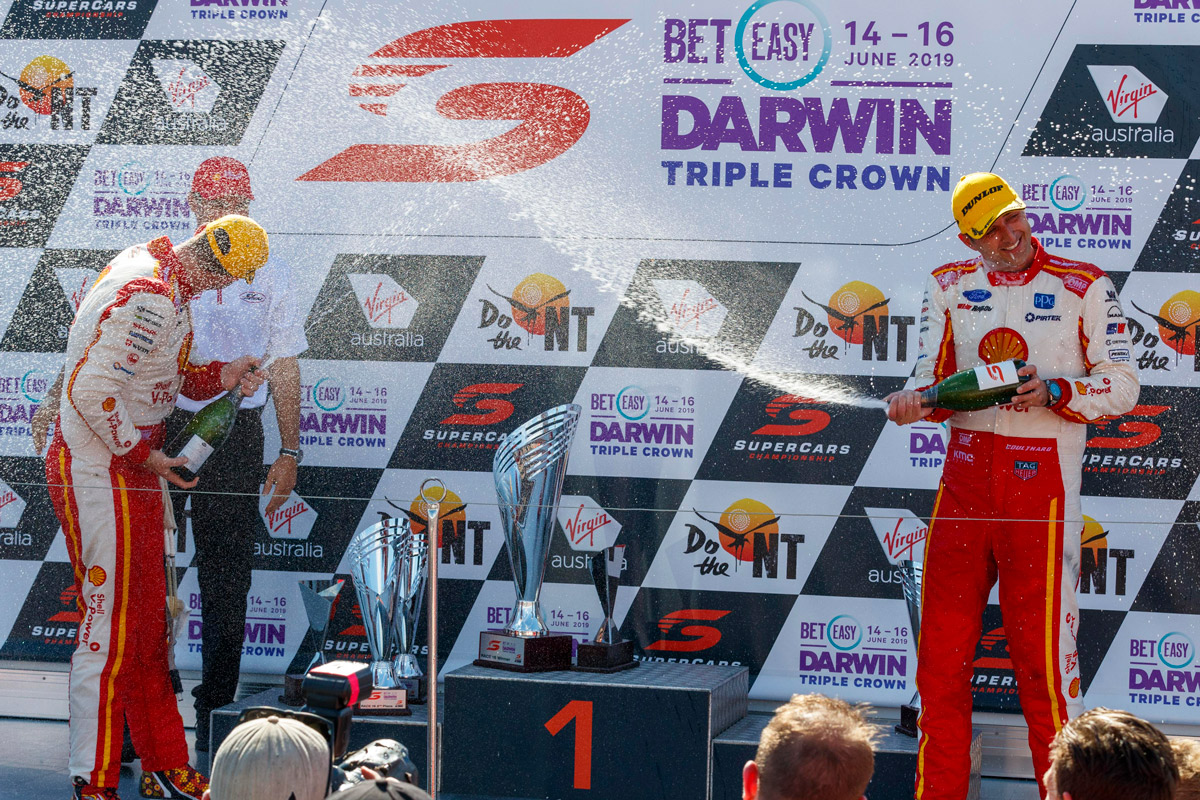 The coveted BetEasy Darwin Triple Crown trophy will definitely be lifted this year as part of a shift towards recognising the round winner for the event.

It ensures a spectacle only enjoyed once before since the Crown’s inception in 2006.

Scott McLaughlin became the first ever driver to win the elusive trophy in 2019 after sweeping the 120km race, the 100km race and scoring pole position in the Top 10 Shootout.

Because the format of this year’s event will be a little different in line with COVID-19 guidelines – with a mix of soft and hard compound tyres in play across a series of sprint races – the formula for winning the Crown has also changed.

This year, whoever scores the most points from the three 38-lap races will be named the BetEasy Darwin Triple Crown winner.

“There will also be a new formula for calculating the winner, which means someone will definitely lift the trophy this year.

“The chance to see this does not happen very often – it has only happened once before, so don’t miss it.”

In other exciting program news, the Top End Drift Association will perform a drifting demonstration during the BetEasy Darwin Triple Crown on August 15-16.

Always a favourite with fans, drifters intentionally oversteer their vehicle, resulting in a loss of traction as they navigate corners.

The result? Plenty of smoke and awe-inspiring manoeuvres.

Buy your ticket in advance to secure express, contactless access on the day. Visit www.darwinsupercars.com.au