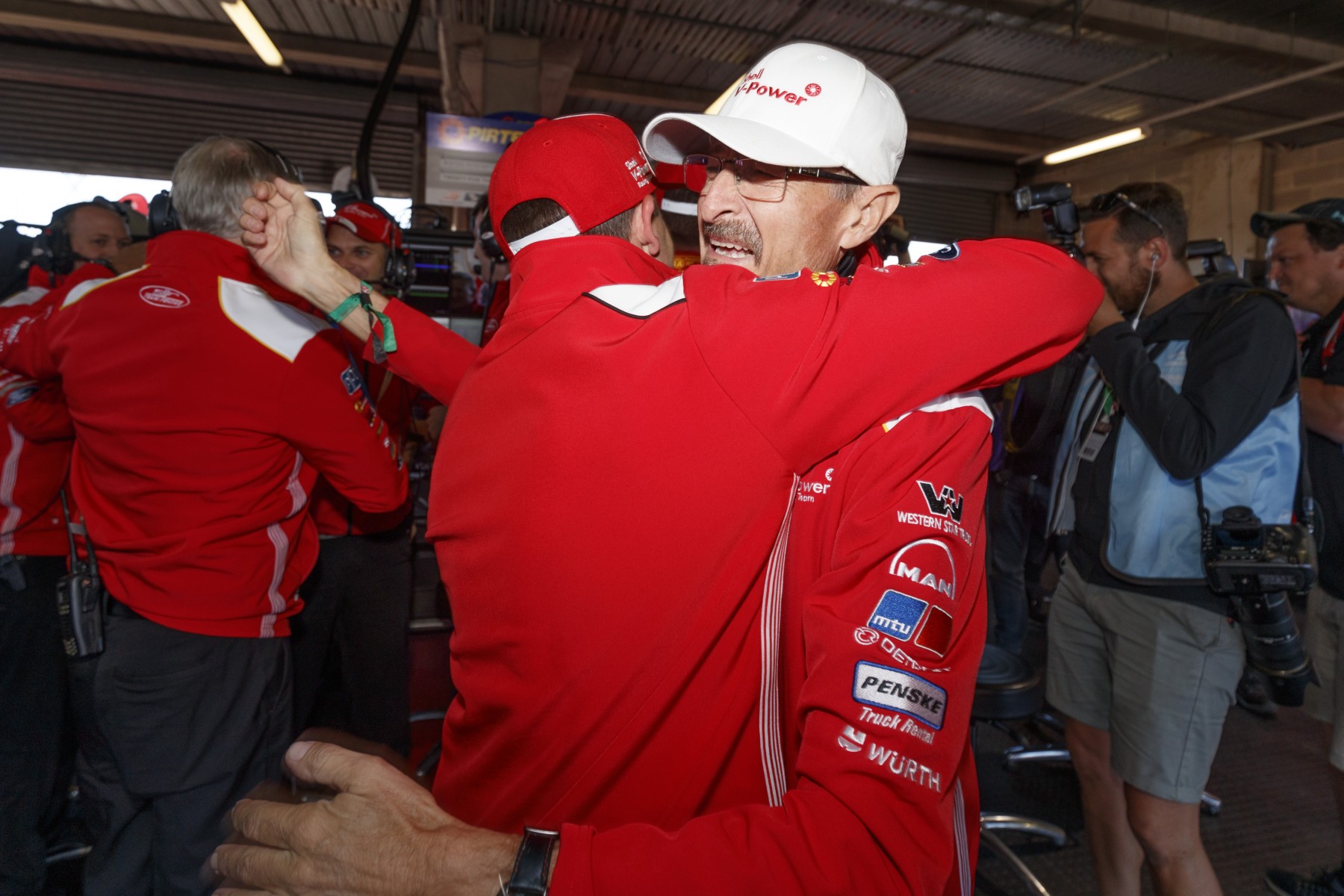 A host of Supercars drivers and teams have paid tribute to Steve Brabeck following news of the DJR Team Penske co-owner’s death.

Brabeck, 60, passed away overnight following a 24-year battle with cancer.

The Crimsafe founder had been a key supporter of Dick Johnson’s Supercars squad for almost a decade, owning 20 percent of the outfit under its current DJR Team Penske guise.

Those to pay tribute to Brabeck today on social media included the team's current drivers Scott McLaughlin and Fabian Coulthard.

You brought so much light to a lot of people especially our squad. Glad I could be one of your drivers in 2017 and we will all race hard into the future for you! Very sad, Rest Easy Steve. pic.twitter.com/BmSQYR0RV2

Steve was such a great man and will be dearly missed. Until next time, mate. I’m sure you will continue to ride every lap with us. #VASC pic.twitter.com/YynphJ22ks

23Red Racing’s Will Davison, who drove for DJR in 2006-08, described Brabeck as “one of the nicest guys in pitlane”, a sentiment another former DJR driver in James Moffat echoed.

Incredibly sad to hear the news of Steve’s passing. One of the nicest guys in pitlane who always had the time to have a chat. My thoughts are with his family, Dick, Jill & all at @DJRTeamPenske. RIP Steve ? https://t.co/8Xizit8Zkk

Sad news, their wouldn’t have been a nicer guy in pit lane. His positivity through his battle was incredible. Thankful I had the chance to get to know Steve along the way. RIP Steve https://t.co/WOENtNIWTs

The company went on to enjoy a long association with the television personality, who says Brabeck “helped me realise my wildest racing dreams”.

The calmest presence in a hectic sport. Steve Brabeck helped me realise my wildest racing dreams, let alone rescue DJR from the brink & win a championship. He was so proud when I won races in his colours, as I am to have worn them. One of the best. I am so sad. Take care mate RIP pic.twitter.com/DR7BF3rZEe

Although keeping a relatively low public profile, Brabeck made many friends in the pitlane.

I am so sad to hear of the passing of Steve Brabeck overnight. I got to know Steve during 2012 at DJR and we have always stopped for a chat since then. Just a lovey, genuine, kind and generous man. RIP Steve.

Really sad to hear this news.... Rest In Peace Steve, you’ll be missed my many. ☹️ https://t.co/gLAxW3b1Ii

RIP Steve. You will truely be missed up and down pitlane. https://t.co/9yAnOPCHfw

Very sad, one of the nicest guys you’ll ever meet, will be missed ?
RIP Steve https://t.co/yYPnC3UGtl

We are saddened by the passing of Steve Brabeck. A good friend of Triple Eight and a great motor racing supporter - he will be much missed. Condolences to his two sons, Matt and Ben. #VASC

Sending our condolences to @DJRTeamPenske and to the Brabeck family during this difficult time https://t.co/nIGACr3vsH

We are all very saddened to hear of the passing of Steve Brabeck overnight. A great supporter of motorsport in Australia. Thoughts go out to his family, friends, and @DJRTeamPenske, he'll be missed.